MITYANA – Police in Mityana on Thursday, May 9 carried out an intelligence operation and arrested a 70-year-old traditional healer suspected to be doing human sacrifice activities. 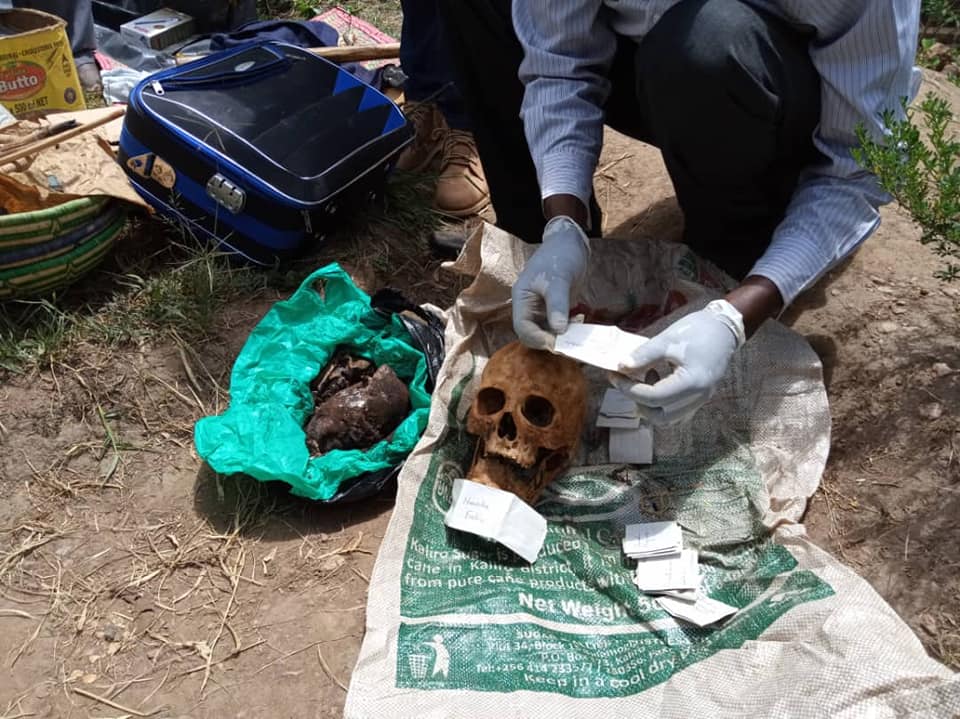 The scene of crime was visited by a team led by, District CID Officer Mityana, Regional Police Surgoen, Regional Scene of Crime Officer, Regional Fire Officer, in charge homicide, in the presence of the RDC Mityana and other Local leaders.

“The crime scene was cordoned off and a search conducted, exhibits of human skulls four (04) in number, femur bones, Ribs and parts of leg bones were recovered from the Toilets & Shrines,” Ochom said.

“All exhibits were conveyed to Mityana Police Station exhibits stores pending labeling, marking and further conveying them to Mityana Hospital mortuary and later to GAL for DNA & other analysis to scientifically be proven as Human body bones,”Ochom added.

Police said that the team is Friday going back for the possible recovery of other exhibits.