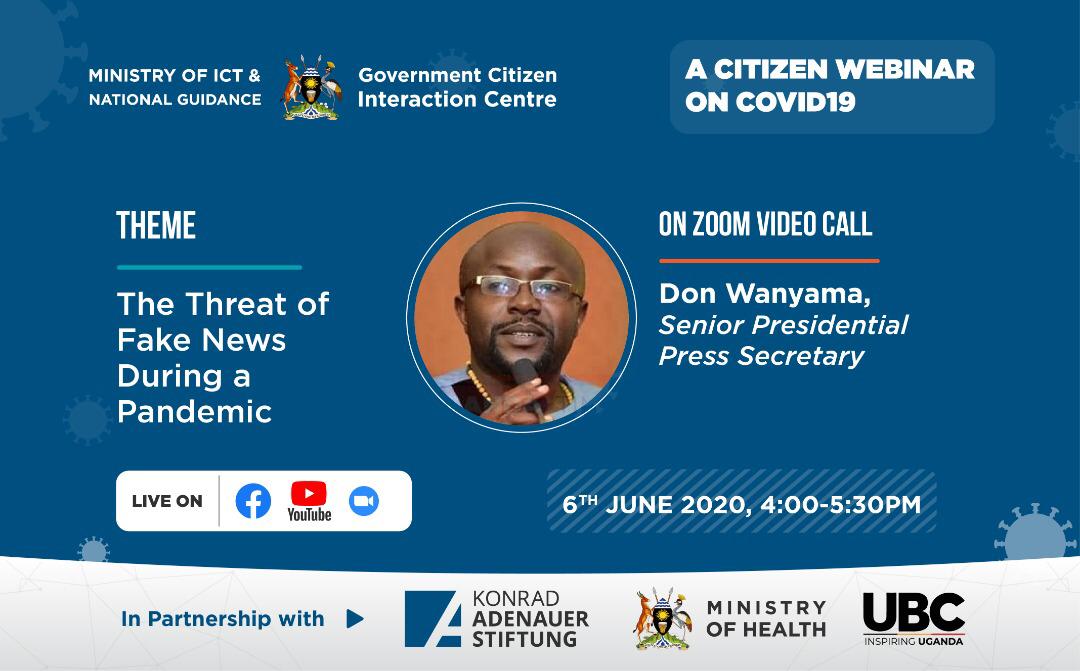 KAMPALA — In early May, media was awash with reports of governments in Africa swinging into action to stop the spread of fake news about the COVID-19 pandemic.

Misinformation at that time was frustrating all efforts to fight the disease, with propaganda that caused panic and slowed the fight.

People were made to believe that taking alcohol would kill the virus, while many also believed talk that no black person can suffer the disease.

Also at that time several countries were exploring options of developing a vaccine and the purveyors of misinformation made the public believe that there was a syndicate planned to wipe out the African race by testing the new vaccines on Africans.

With these myths, sometimes backed by falsified photos and videos, governments set in place measures, sometimes arresting those spreading the disinformation.

In Uganda, prominent Kampala pastor, Augustine Yiga of Revival Church in Kawaala, a Kampala suburb was arrested in March and charged for uttering false information and spreading harmful propaganda in relation to the virus.
Yiga, who was recently granted bail by court after spending several weeks in prison, allegedly used his television station to tell the public that there was no COVID-19 in Africa.

Yiga, claimed that there was no single death in Africa yet more developed countries were suffering massive loss of lives at the hand of the novel disease. He thus claimed that the pandemic was just a flu which previously existed in Africa.

Police then called on Ugandans to desist from what they called making false or alarming utterances about COVID-19 and also disregard information other than that issued by government. They said the actions of the pastor promoted the spread of the virus.

Bearing in mind the need for the public to access information during the public health crisis, the government of Uganda continued to support the media and allowed the use of social media despite the challenges, President Museveni in March allowed journalists to continue working when he set measures to control movement in Uganda to curb the spread of the virus, journalists like medical workers and security forces were placed on the list of essential service providers that continued to operate in lockdown.

Because of the nature of the COVID-19 crisis, which is new to all across the world, people naturally feel the need to collect and interprete information, creating a vacuum that provides fertile ground for misinformation.

It was against this background that the Ministry of Information and National Guidance, in partnership with the Ministry of Health and the Konrad Adenauer Stiftung Foundation, collaborated to fight the pandemic in a series of engagements between experts and the public via webinars hosted on national broadcaster UBC and various social media platforms.

Following two discussions that were held the previous two weeks 9on the science of the virus as well as how to cope with anxiety in the crisis, the three partners have this week organised a panel of media and communications experts to talk about the threat of fake news and misinformation during a pandemic.

Prominent journalist Andrew Mwenda and President Museveni’s Senior Press Secretary Don Wanyama will this Saturday join Makerere University’s head of journalism and communications Department, Dr. William Tayebwa and officials from government to discuss how to combat the trend of fake news, and how to debunk myths around COVID-19.

The discussion will aim at educating the public on the threat that fake news is and how Ugandans can protect themselves through media and information literacy.