KAMPALA – The Uganda Law Society (ULS) has given the director of Internal Security Organisation (ISO), Col. Frank Kaka Bagyenda, up to Wednesday, August 7 to release the lawyer held in the custody of the security organisation or they prosecute him.

In a strongly worded letter dated August 3, 2019, the ULS president, Mr Simon Peter M. Kinobe, accuses Col Bagyenda of usurping the powers of other security agencies and acting with impunity by kidnapping, intimidating, harassing and arresting lawyers without any reason.

“The ISO Director has now taken over the role of other security agencies and has turned ISO into a clearing agency for wealthy individuals to the detriment of regular citizens. Despite the lack of statutory mandate to arrest and detain, the same has continually detained citizens in places not gazetted by law and beyond the statutory period of 48 hours. The most notorious safe house used by ISO is in Kyengera protected by the military police under the command of the UPDF,” Mr Kinobe’s letter reads in part.

The Law Society’s concern comes after one of their own, Patrick Mugisha of Mwesige Mugisha & Co Advocates, was picked up by alleged security operatives on Wednesday 31st July 2019 from his chambers in Muyenga, a city suburb. According to ULS, security operatives came in a pickup double cabin Reg No. UAQ 597K and whisked him away from his chambers without informing any of his family or workmates of the reason for arrest. A video clip shared on social media shows armed men leading him out of his office building and directing him to the pickup. 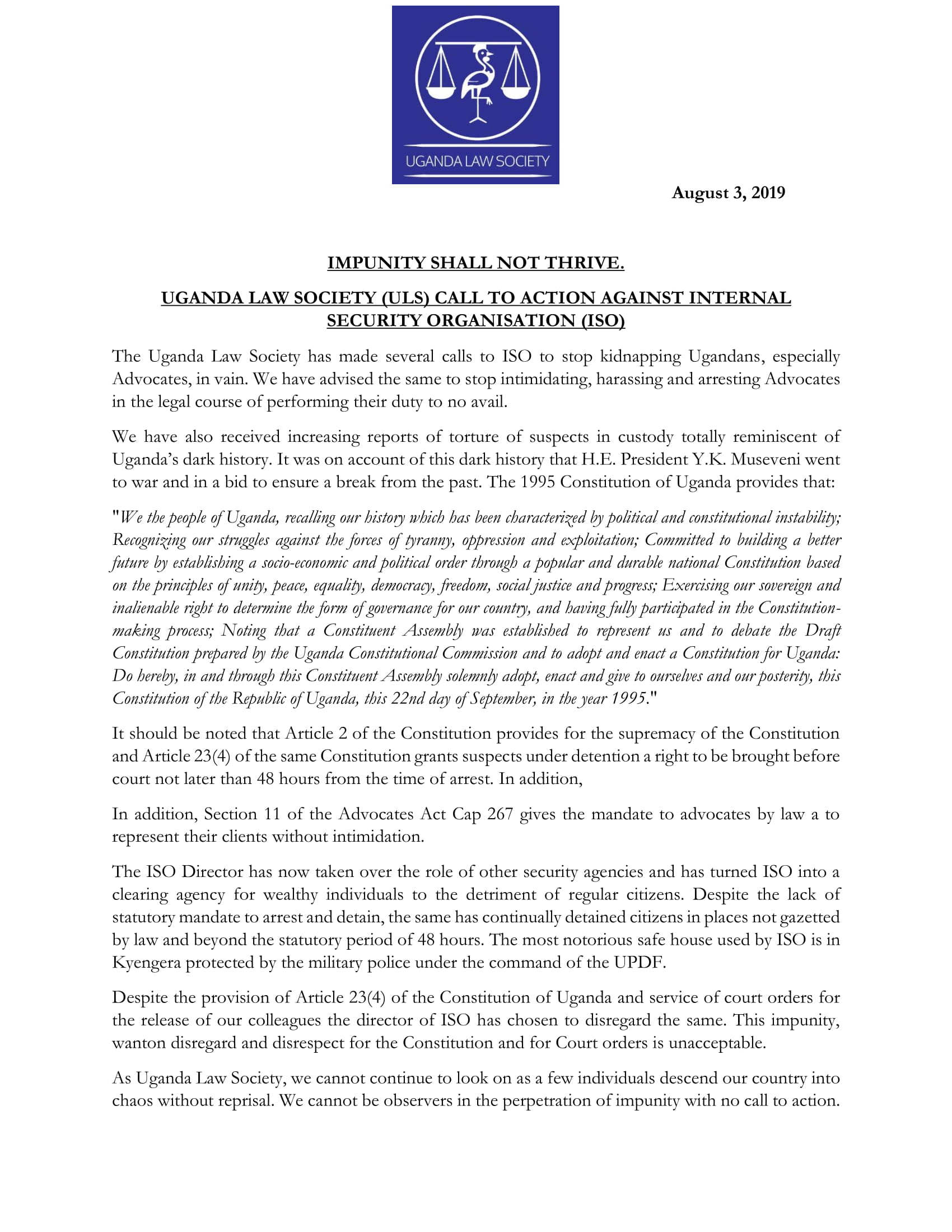 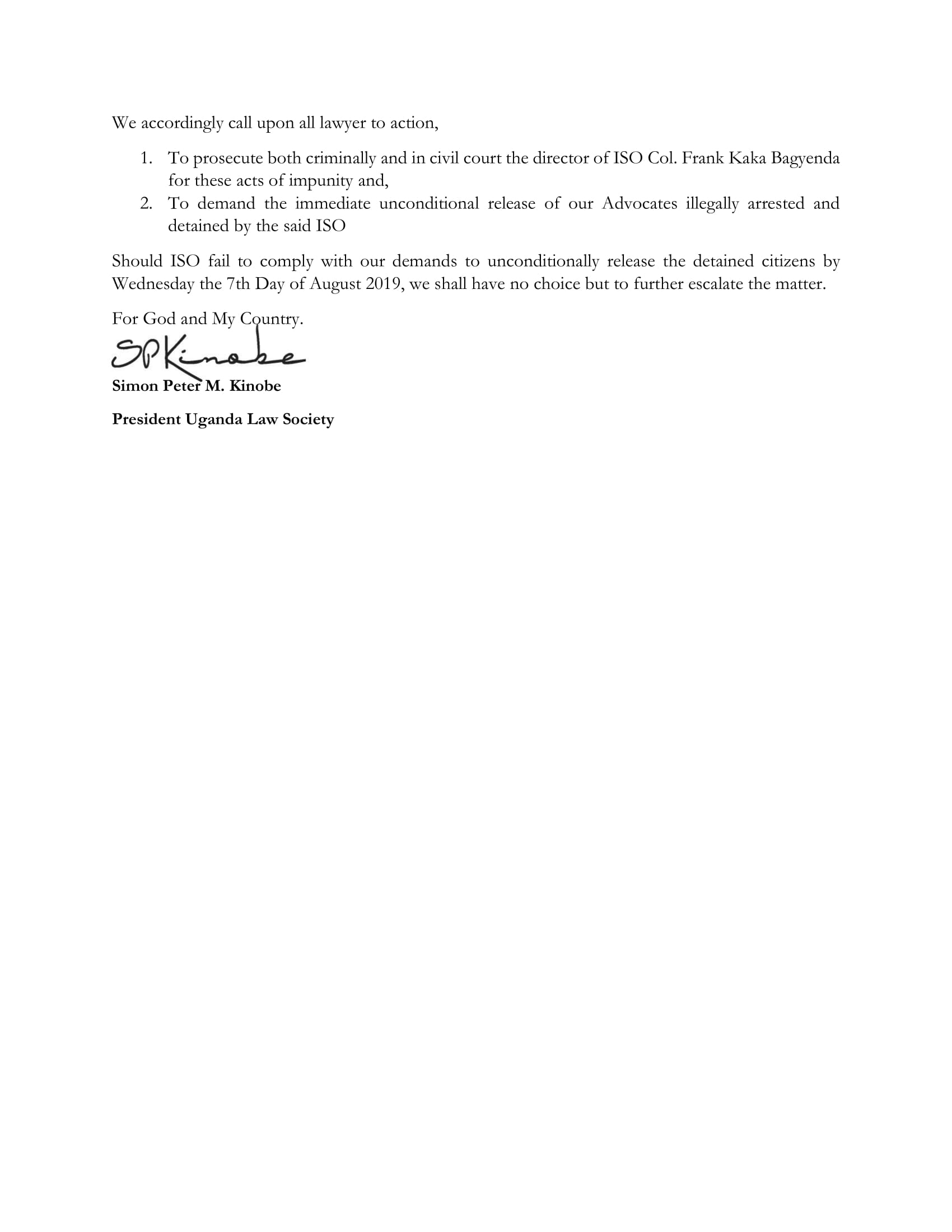 A case of the missing person has been reported at Kabalagala Police Station. When his lawyers tried to trace him at Kireka Police Station, they were advised to follow up with ISO because Mr Mugisha was not in their custody.

And now the ULS president says they demand the immediate and unconditional release of their colleague.

“As the Uganda Law Society, we cannot continue to look on as a few individuals descend our country into chaos without reprisal. We cannot be observers in the perpetration of impunity with no call to action. We accordingly call upon all lawyers to action, To prosecute both criminally and in civil court the director of ISO Col. Frank Kaka Bagyenda for these acts of impunity and, to demand the immediate unconditional release of our Advocates illegally arrested and detained by the said ISO. Should ISO fail to comply with our demands to unconditionally release the detained citizens by Wednesday the 7th Day of August 2019, we shall have no choice but to further escalate the matter,” he added.