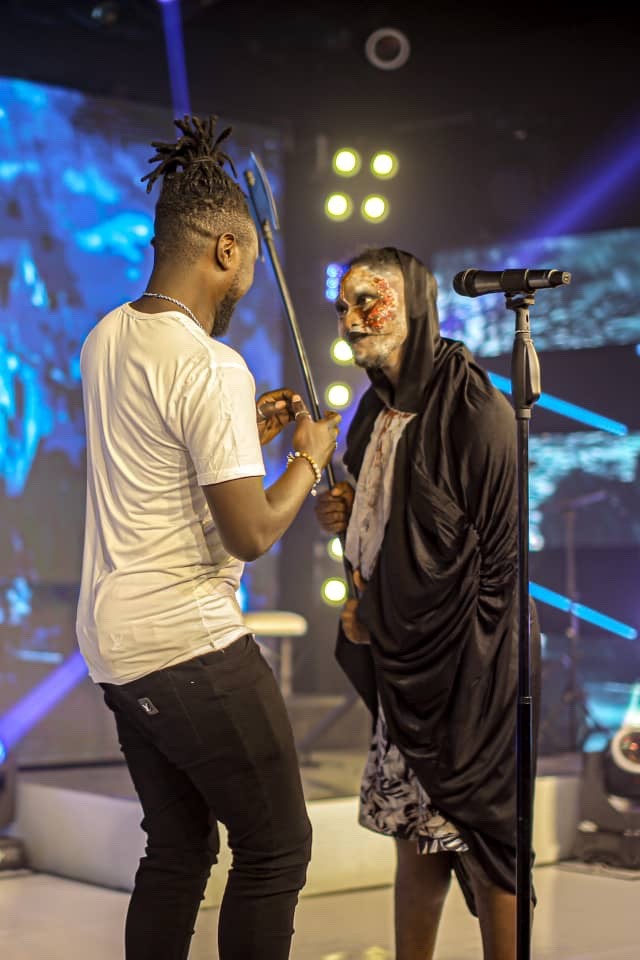 KAMPALA – Club Beatz has for the last seven months brought entertainment to people’s living rooms and they have been consistent every fortnight.

Under a flagship name ‘Club Beatz At Home Online Concert’, this was the second season with every edition having two performers and among those that featured include; Lydia Jazmine, Karole Kasita, Maddox Semanda Sematima, Crystal Panda, Dre Cali, Naava Grey, Chozen Blood, Recho Rey, and Nutty Neithan among others. 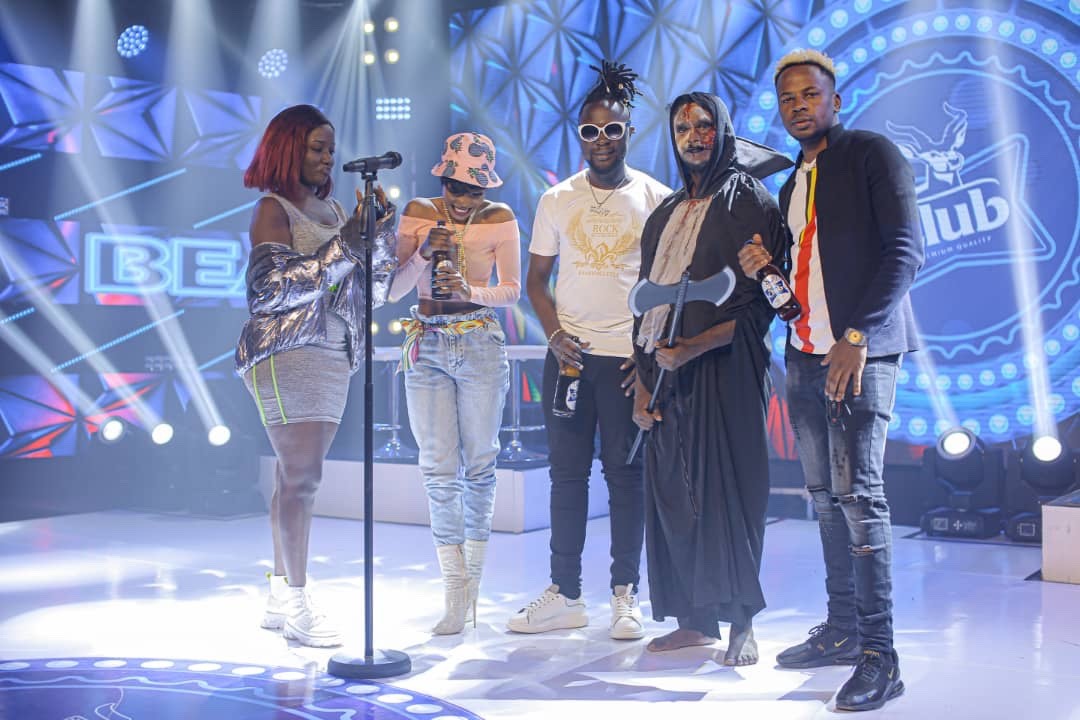 This weekend having been all about Halloween, Club Pilsner used it as the climaxing weekend of the concert with an experience that artistes will leave to tell. They did not let the world mark Halloween day without participating.

Through Fenon Events, the people that were tasked with the whole production of the concerts since May, Club Pilsner sent a Halloween message to the world with a Halloween touch of class in the performances on Saturday night. 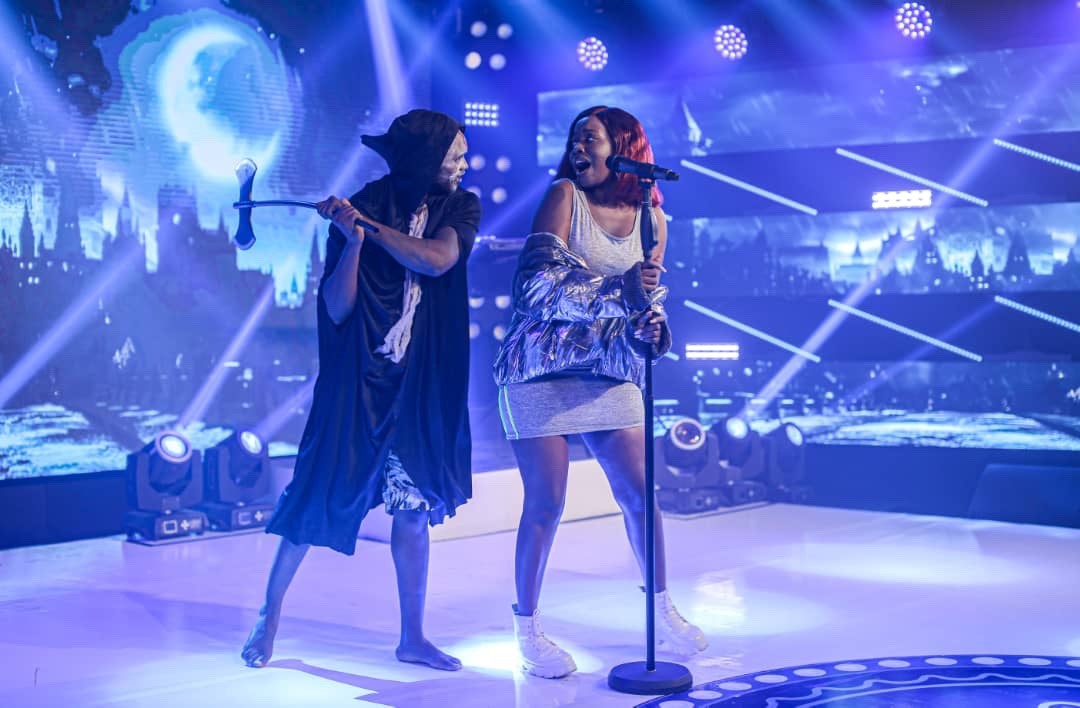 If you thought Fenon had outdone themselves with the previous stage surprises of A Pass coming on stage with a goat, Lydia Jazmine appearing in a phone booth among others you were actually wrong.

The Hallowen Edition was yet another work of Fenon that saw artists showing appreciation to Club Beatz but little did they know they were in for a surprise.

As they were sharing their experiences and showing thanks for the opportunity, they were invaded by ghost looking figures with scary make-up and holding a machete and making scaring sounds that scared most of them most notably Karole Kasita who almost dropped dead.

Others like Crysto Panda looked genuinely scared until they realized that it was prank. He said that Club beer has made it possible for some of the artists to express and showcase their talents to Ugandans and the rest of the world.

“Great thanks to Club beer for their very incredible ‘Club Beats at Home’ Concert,” he said.

Panda also revealed that all the credit goes to Club beer for the love and support towards his hustle. All the artistes praised Club beer, for the innovation.

Lydia Jasmine said Club Beats Concert is a perfect platform for artists to showcase their talent. 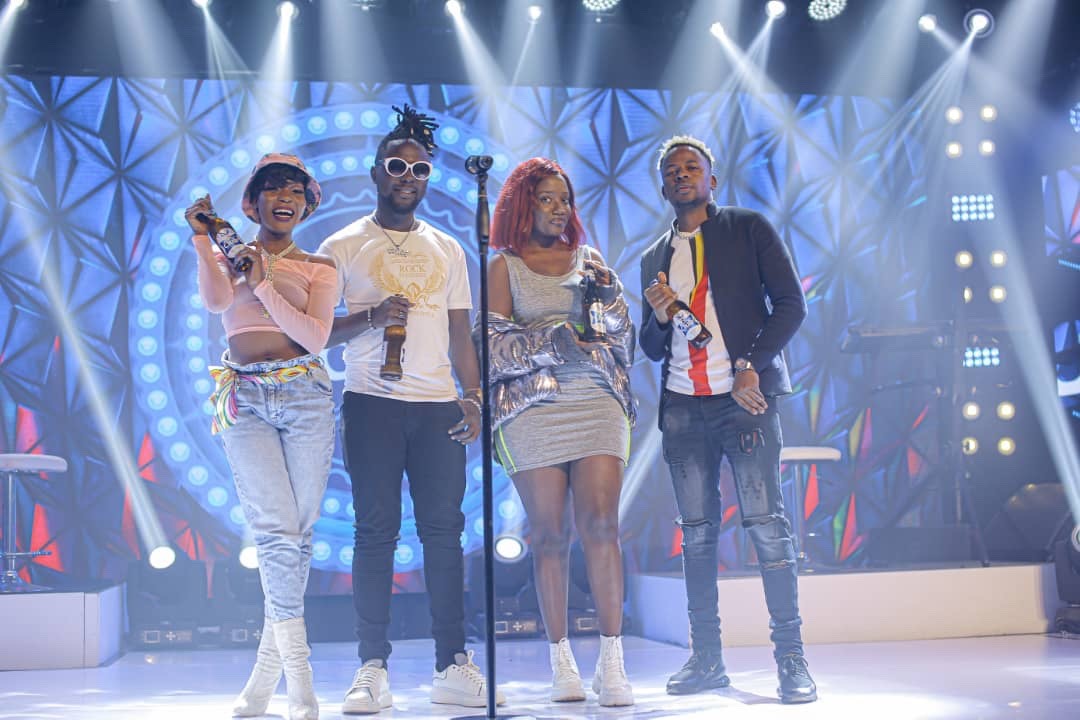 The show that has been happening for two hours from 9pm every Saturday after two weeks with Douglas Lwanga as the host gave a platform to upcoming artists to work with renowned singers and use the experience to establish their mark in the industry.

Uganda’s entertainment industry has been in lockdown for the past six months. The first months were so tight with every sector closed up but in the following months, some sectors were opened up except for entertainment.

However, some event organizers found a way of keeping people entertained throughout this whole period.

Halloween is a celebration observed in many countries on 31 October, the eve of the Western Christian feast of All Hallows’ Day.