BUGOLOBI – When the NRM government came to power in 1986, the concept of Information and Communication Technology (ICT) was unfamiliar in Uganda. At the time, only the Ministry of Finance and Makerere University boasted a mini-computer.

This was a class of computers that had been designed in the 1960s and had a memory or storage capacity of about 4,000 words. The Ministry of Finance computer was used to run the government payroll while one or two computers at Makerere University were used for research. At the time, there were no mobile phones. Only a few privileged Ugandans owned telephone landlines. The telecommunications service was controlled by one government parastatal.

This situation was not unique to Uganda as the ICT revolution was in its infancy globally. Only a few European and Asian countries had commercial mobile cellular networks.  However, by the early 1990s, mobile telephony was becoming quite common, even in Africa. This was mainly based on analog mobile telephone technology.

In early 1993, the government started implementing plans to liberalise the telecommunications sector to end the monopoly of the Uganda Posts & Telecommunications Company and allowing in a national mobile telephone network operator. In 1995, Celtel Uganda was launched.

At the time, Uganda did not have a legal framework for the ICT sector. Instead, the minister of Transport and Communication signed an order allowing Celtel to operate. Celtel operated on the more modern Global System for Mobile (GSM) and was quite costly and not accessible to most Ugandans. It was also a virtual mobile service monopoly as it held the only National Operator license for 15 years. Soon, however, the government started looking at allowing more operators.

The first Internet Service Providers (ISPs) also came at around this time, with Starcom setting up shop in 1995. The internet was based on dial-up services, where users got access to emails and newsgroups only. Initially, it was limited to universities and large groups, including corporate organisations. Soon, however, even individuals started acquiring commercial internet.

In 1997, the Second National Operator Licence was awarded to Mobile Telephones Network (MTN) of South Africa. MTN signed up 35,000 wireless subscribers in less than a year. In the same year, 1997, the Uganda Communications Commission (UCC) was inaugurated as the sector regulator.

In 2006, ten years after the creation of the Commission, the government created the Ministry of ICT. It merged three sectors; Information, Communications, and Regulation of telecommunications technology.

The ICT sector has made 5% Contribution to total tax collections in the previous five years and in addition to tax revenues, the Commission has remitted UGX 80 Billion to the Consolidated fund between 2014/15 and 2017/18 despite zero budgetary allocations or withdraws. The projected Commission remittances to the Consolidated fund is expected to grow to UGX 120 Billion in the next four years.

Expected remittances to the government of UGX 300 Billion (USD 80 Million) in license fees over the next five years and this projection is likely to change upwards depending on the conclusion of the ongoing negotiations of the MTN Uganda License. This is more than tenfold government license collections before the establishment of the Commission.

There has been more than UGX 2.5 Trillion in sector investment over the last four years, and it remains a significant lever for other sectors like finance, education, health care et al. including attracting global brands like Seacom, ATC, Eaton, Google, Facebook, and others. Mobile money subscriptions have grown to over $ 22.7 million and remain the only means to formal banking for more than half of the population, and the ICT sector maintains a positive Balance of Payments position concerning international traffic settlements.

ENG. IRENE KAGGWA SSEWANKAMBO: How can Uganda harness ICTs and the 4IR 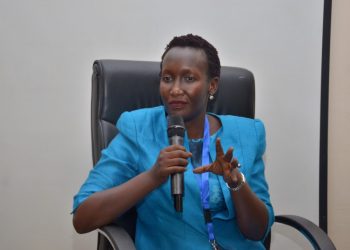 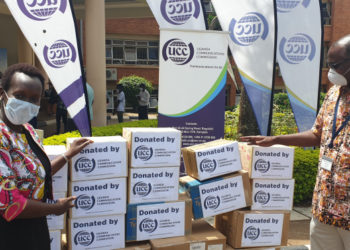 How to optimise your internet data bundle as you continue to stay, work at home amid COVID-19 lockdown