Morocco, Egypt look to bow out with respect 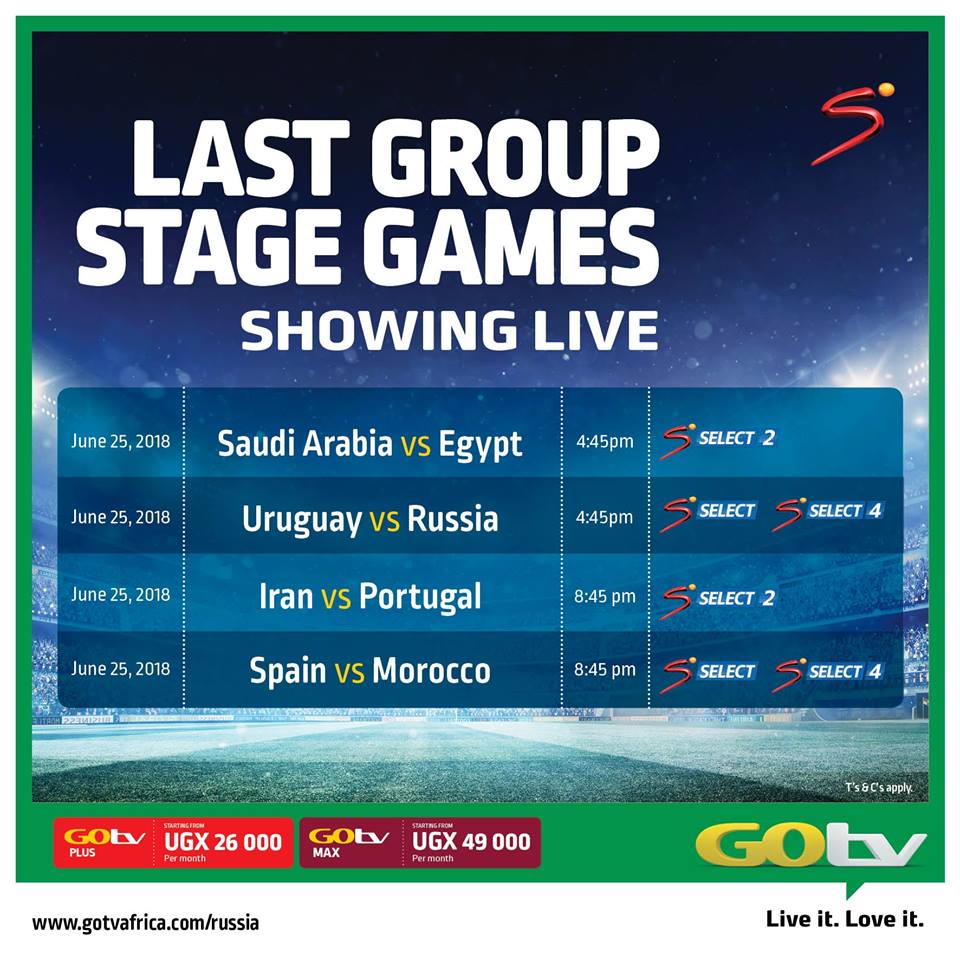 Egypt and Morocco will be playing their last games at the 2018 FIFA World cup on Monday in their respective groups.

The two African giants have already been eliminated after losing their first two group games in Russia.

Group A occupants Egypt lost 1-0 to Uruguay in their opening game before a 3-1 defeat to host Russia sealed their fate.

The Mohammad Salah inspired Pharaohs will have one final chance to bow out with respect when they take one group whipping boys Saudi Arabia.

Their (Egypt) 45-year-old goalkeeper Essam El-Hadary will become the oldest player in World Cup history if he features in Monday’s game.

The captain was an unused substitute in the opening two games but Egypt now has nothing to play for after being eliminated.

Their opponents Saudi Arabia are without the injured Taiseer Al Jassam, Omar Hawsawi and Mansour Al-Harbi.

What the managers are saying:

Egypt boss Hector Cuper: “This is an important match because we want to win and finish with a good result.

“We have prepared for it well and we want to represent the Egyptian people and make them happy with a victory.

Saudi Arabia coach Juan Antonio Pizzi: “It’s very easy with hindsight, after the results that we have had, to come up with situations that you’d like to change.

“But unfortunately we coaches have to take most of our decisions before things pan out.

This is the first encounter between Saudi Arabia and Egypt at a tournament since the 1999 Confederations Cup – the Saudis won 5-1 on that occasion.

Defeat for either Saudi Arabia or Egypt in this game would see them be the first team to lose all three group games at a World Cup since Honduras in 2014.

For Morocco, having lost 1-0 to both minors Iran and Portugal in their first two games, they will be facing a much harder task against qualification chasing Spain in group B.

The 2010 champions will be out to ensure they reach the knock-out stage as they stand a chance of elimination out if they lose to Morocco by two clear goals and Iran gets a result against Portugal.

Morocco may rotate their squad with their World Cup elimination already confirmed.

Sofyan Amrabat, Youssef En-Nesyri and Mehdi Carcela could all earn their first starts of the tournament.

Spain could be without back-up goalkeeper Pepe Reina, who is a doubt for this game.

Defender Nacho Monreal has recovered from a minor problem and should be available, though he is unlikely to break into the starting line-up.

Midfielder Koke will hope for a recall after being dropped in favour of Lucas Vazquez for the win over Iran.

What both Morocco and Spain’s coaches are saying:

Morocco head coach Herve Renard: “Our focus is to finish stronger against Spain. That is what is on our minds now.

“We have qualified for the World Cup for the first time after 20 years and we have shown that we can play football.

Spain head coach Fernando Hierro: “This is the World Cup, and not one single game is going to be easy. We can improve, and I hope we will keep winning while we do so, but nobody is giving anything away easily.

“In certain groups teams have already qualified but our group is very tough. We have no option but to secure all three points against Morocco.”

The two previous meetings came in a two-legged qualification play-off for the 1962 World Cup. Spain won 1-0 away and 3-2 at home.

Sergio Ramos made his 15th World Cup appearance against Morocco, equalling Xavi. Only Iker Casillas (17) and Andoni Zubizarreta (16) have made more for Spain.

Diego Costa is only the third Spanish player to score three goals in the first two games of a World Cup, after Fernando Torres in 2006 and Michel in 1990.

Spain are unbeaten in 22 matches in all competitions (W15, D7), scoring in each game.

Their win against Iran was the first time in five attempts Spain have won a World Cup match with David Silva in the starting line-up.

Spain have won three of their four World Cup matches against African opponents (L1), scoring 11 goals and never fewer than two per game.

They have finished top of their group in three of the last four World Cups, with the only exception their early exit in 2014.

Morocco have now been eliminated at the group stage in four of their five World Cup campaigns, only progressing in the 1986 tournament.

Should they lose this match, it will be just the second time that Morocco have lost all of their group games, having also done so in 1994.

Morocco have registered more shots than their opponents in each of their last six World Cup defeats.