KAMPALA – The Uganda National Beach Soccer Team – The Sand Cranes was on Thursday drafted into group A ahead of the 2021 Afcon competition scheduled for Senegal, from May 23-29, 2021.

Hosts Senegal as well as neighbours – Tanzania and DR Congo are the other teams drawn in group A, alongside Uganda.

The exercise held in the Egyptian Capital-Cairo under the supervision of Khaled Nasser – the head Caf Competitions saw Egypt, Mozambique, Morocco and Seychelles pooled in group B in this tournament that attracts eight teams, where the best two performers from either fold qualify for semis as the other two drop-out.

Uganda, who are making maiden appearance competition, will play Tanzania in the opening game before facing hosts Senegal. The Sand Cranes will play their last group game against DR Congo on dates, organisers were yet to release.

Salim Jamal Muwonge – The Sand Cranes Coach sounded confident about the draws, as he commented about shortly after the exercise: “It is a tough group that has hosts Senegal. 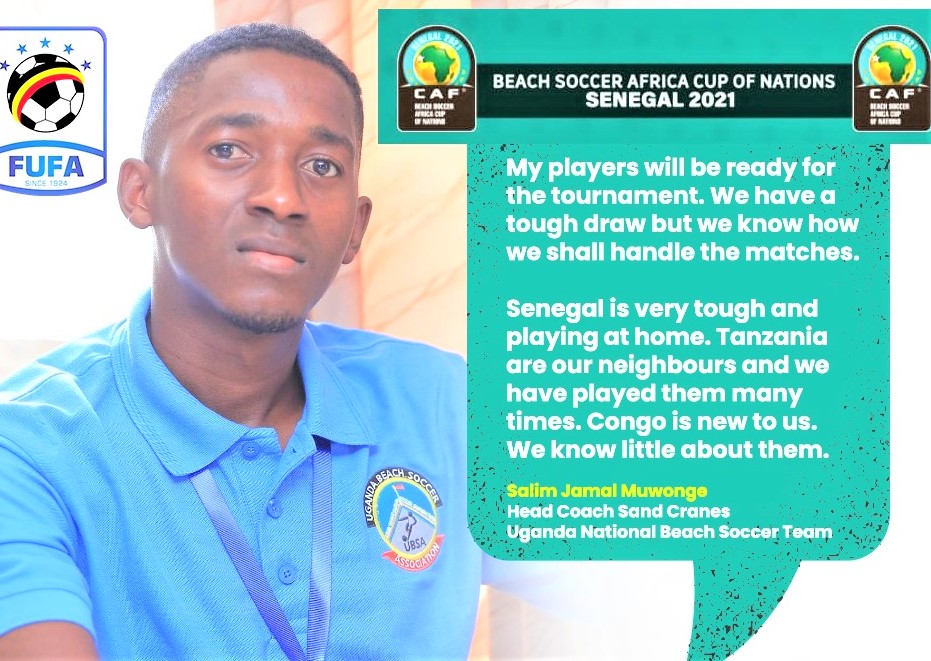 “We know a lot about Tanzania as we have played with them before; and for DR Congo, we are going to immediately, embark on researching about them and our target is to qualify for the World Cup.