by OUR REPORTER | PML Daily
in Others, SPORT
0 0
508
VIEWS
FacebookWhatsAppTwitter

DOHA – Benjamin Pavard scored the winning goal as Germany’s Bayern Munich defeated Mexico’s Tigres 1-0 as the 2021 Fifa Club World Cup came to an end on Thursday. The win at Doha, Qatar’s Al Rayyan Stadiun the Germans their sixth silverware in a year.

The Bundesliga giant finished the 2019-2020 season with a treble-winning performance and has won the UEFA Super Cup, German Super Cup before the Thursday victory.
Thus Hansi Flick’s Bayern became the second football team in history to win all six domestic and international titles available within 12 months after 2009’s Barcelona, coached by former Bayern manager Pep Guardiola.

This is also the eighth year in a row that a European club has won the title in this tournament. “Even for the successful club that is FC Bayern Munich, this was the most successful season ever. The team played outstandingly. The win was never in danger, we dominated and deservedly won the final,” said Flick, who started to take charge of the Bavarians in November 2019.

“It was very difficult for me as well, we were all at the limit, the same goes for me at the touchline. The match against Tigres was on eye-level, even though we dominated. They deserved to be in this final.”

Despite the defeat, Tigres had already written the club’s history as it was the first Mexican outfit to reach the Club World Cup final as CONCACAF champion. Bayern’s attacking player Thomas Muller was absent after testing positive for the COVID-19 only hours before the kick-off and has been put into self-isolation.

“It’s bad news he can’t be here and I hope he’s back soon,” said striker Robert Lewandowski, who set up for Pavard’s goal. mThe goal was initially ruled out for a Lewandowski offside but was allowed after a VAR consultation.

“It feels good to have the six-pack — six titles in a row is something very special for us,” said Lewandowski, who had beaten Lionel Messi and Cristiano Ronaldo to be named as the FIFA Best Player of 2020.

“I think this is one of the biggest achievements in football, how we played will be remembered for a long time,” the Poland international added. Midfielder Corentin Tolisso had a chance to extend the lead but his strike was denied by the post. 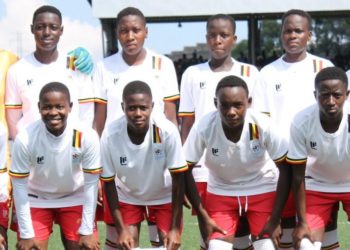