League leaders Milan travel to Udinese in great shape, but the hosts boosted their confidence with a win in the Coppa Italia on Wednesday.

Udinese triumphed for the second time in 2020-21 against Vicenza in the Coppa Italia and Luca Gotti was happy with the response from his players after a disappointing 3-2 defeat to Fiorentina in Serie A last weekend.

Udinese have started the season in poor shape, with only one win and four losses in the initial five rounds.

Milan, on the other hand, are flying high and continued their unbeaten run of 22 games across all competitions with a 3-0 win against Sparta Prague in the Europa League on Thursday, bouncing back from a 3-3 draw with Roma in Serie A on Monday.

The Rossoneri continue to cope without Jens Petter Hauge and Gigio Donnarumma, who tested positive for coronavirus ahead of the team’s first two dropped points against the Giallorossi.

Ciprian Tatarusanu is expected to continue in goal on Sunday and the Diavolo could have Matteo Gabbia back in contention, as he tested negative on Friday night.

Milan are expected to continue the rotation, as Gerard Deulofeu is expected in the Friuli’s line-up and will play against his former team for the first time since his return to Serie A.

Milan have only won three of their last 12 trips to the Dacia Arena in Serie A, losing seven of them. The last win came in November 2018, when captain Alessio Romagnoli scored the winner.

Juventus are without a win in the last two Serie A games while Spezia are two points clear of the relegation zone ahead of their meeting at the Dino Manuzzi on Sunday.

Riccardo Marchizza and Giulio Maggiore have recovered from Covid but Vincenzo Italiano has seven injured players on the sidelines plus Martin Erlic who is positive for Coronavirus.

Juventus have recovered Cristiano Ronaldo who has tested negative for Covid but the Portuguese star may start from the bench against the newly promoted side. Giorgio Chiellini is also available to play, Matthijs de Ligt is in doubt and Alex Sandro is still out of action with an injury.

Spezia are unbeaten against Juventus. The last two meetings took place in Serie B in the 2006-07 campaign: one win and one draw for the Liguri.

Torino picked up their first point in Serie A last weekend, as Lazio hope to carry out the game despite the current coronavirus crisis at the Aquile.

But Simone Inzaghi’s team are reportedly intending to play against Torino on Sunday, even if they can request the postponement of the game if they have at least 10 players positive for COVID-19 within a week since the first case emerged.

Torino won 3-1 after extra time against Lecce in the Coppa Italia this week, whilst Lazio travelled to Bruges to play in the Champions League with only 16 players available and were eventually unlucky to not come home with all the spoils.

Senad Lulic has returned partially to training, while Stefan Radu is back in action when Lazio hope to build on the 2-1 win against Bologna last time.

Lazio have only lost one of their last six games away to Torino, a 3-1 defeat in May 2019.

Napoli and Sassuolo meet at the Stadio San Paolo on Sunday with the two clubs that sit second in the Serie A table with 11 points each.

Napoli have recovered the likes of Piotr Zielinski and Eljif Elmas who had tested negative for Covid-19 and made return to the Azzurri’s squad team to face Real Sociedad earlier this week. Lorenzo Insigne will miss the Sassuolo game with a thigh injury he picked up in the first half of Napoli’s latest Europa League game.

Sassuolo confirmed this week one of their players have caught Covid but the club failed to reveal his identity. Jeremy Toljan Lukas Haraslin did also test positive for Covid a few days ago and won’t be available to play at the San Paolo. Former Roma striker Gregoire Defrel is also in doubt for the game due to an injury.

Sassuolo have only won one of their 14 Serie A games against Napoli, in August 2015. The Neroverdi have only managed five defeats and four draws since then.

Roma and Fiorentina are only divided by one point in the Serie A table as the Giallorossi host La Viola at the Stadio Olimpico on Sunday.

Roma have Mamadou Diawara and Riccardo Calafiori out of action due to Covid while Nicolò Zaniolo and Javier Pastore are still recovering from their injuries. The physical conditions of Davide Santon and Carles Perez need to be assessed as the pair has had muscular issues of late.

Roma won the last two games against Fiorentina, both with Paulo Fonseca on their bench. The Giallorossi had only managed one point in the previous three meetings.

Sampdoria are within touching distance of the top four in Serie A, while Genoa hover above the relegation zone ahead of Sunday’s Derby della Lanterna.

Antonio Candreva is recovering from an injury and could start from the bench. Adrien Silva is in doubt while Manolo Gabbiadini will surely miss the game with a muscle injury.

Genoa have no more cases of Covid after Petar Brlek and Darian Males had had a negative swab test. The Grifone, however, have several players out with injuries: Eldor Shomurodov, Davide Zappacosta, Mattia Bani, Luca Pellegrini and Stefano Sturaro who have been training separately from the rest of the team this week. Rolando Maran hopes Pellegrini and Bani will be eligible to play on Sunday.

Sampdoria were unbeaten in seven games in a row against Genoa before the Grifone’s win in the last derby clash played in July. 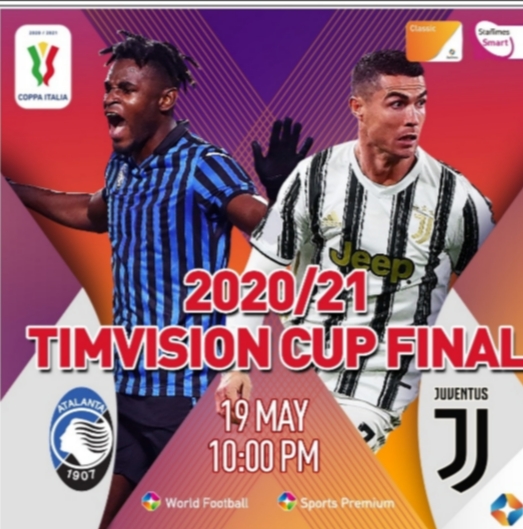