Huesca hasn’t been able to make a huge impact on their promotion to the top tier this season. Having won none of their eight clashes in the league this term until now, the promoted side doesn’t pose a huge threat to the traveling side.

They are on a two-game losing streak, following a 4-1 loss on the road against Real Madrid last time out in the schedule.

Eibar had two wins in their eight league appearances this season until now.

Significantly, both these wins came within the recent four clashes and also were away wins in the schedule.

This puts the visitor slightly ahead of the host in the upcoming match. They will visit after a 0-2 loss at home against Cadiz in the previous encounter.

The host has recorded three of the overall four wins. Their previous encounter gave a 2-0 home win for Oscenses. Both teams have scored in only one of their four clashes. None of their four meetings have ended in a draw. The host has won both their home matches since 2008.

Barcelona needs to do something soon before it’s too late to make a comeback this season. The host has picked up just 8 points from their six league appearances. They have been winless for the past four clashes in their campaign schedule, following a 1-1 draw on the road with CD Alaves last time out.

Betis is on a mixed form in the campaign with four each wins and draws in their eight attempts so far this season. Three of their last five clashes have resulted in a defeat in the schedule. They will visit on the back of a 3-1 win at home against the likes of Elche in the previous league clash.

The host has recorded 11 of the last 12 overall wins. Barca has been unbeaten for the previous three meetings. Their previous encounter gave a 2-3 away win for Catalans. Both teams have scored in the recent four fixtures. Only one of their last 14 clashes has ended in a draw. The teams have combined to average 5.8 goals within the last five games. The host has lost only one of their last 13 clashes at home.

Three consecutive losses in the schedule is ought to affect the morale of the players in the Sevilla dugout. The host has picked up just 7 points from their 6 league appearances so far this term.

They will return home after a 2-1 loss on the road against Athletic Bilbao last time out in the campaign.

Osasuna has a mixed form in the league and hasn’t still found a stable game in the schedule. Having won and lost three games each, the visitor has picked up 10 points from their 7 clashes. They will visit after Atletico Madrid defeated them at home with a 1-3 scoreline in the previous clash.

The host has been unbeaten for the past six meetings. Both teams have scored in six of the last seven clashes. Their previous encounter gave a 3-2 home win for Los Palanganas. The host has recorded eight of the last ten overall wins. Only one of their last nine fixtures has ended in a draw. The visitor hasn’t been successful in any of their last 11 visits.

Atletico Madrid continues their unbeaten run in La Liga this season to the sixth game. They are on a three-game winning streak in the schedule, following a 1-3 win on the road against the likes of Osasuna last time out in the league.

Cadiz has shown excellent form in the campaign for a promoted team in the mix. They are unbeaten for the past five fixtures in their league schedule, with three draws in it. They will visit on the back of a 0-2 win on the road against Eibar in the previous encounter.

The teams last met in 2006, which resulted in a 1-1 draw. The host has been unbeaten in all their clashes since 1989. Four of their overall ten fixtures have ended in a draw. Both teams have scored in four of the last six meetings. Los Indios’s four of the six wins came with a clean sheet. 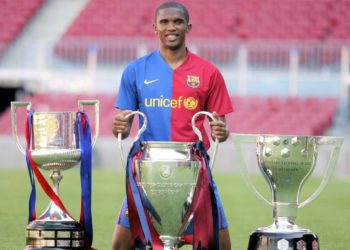