Champions League round 3 match-day 2 on Wednesday 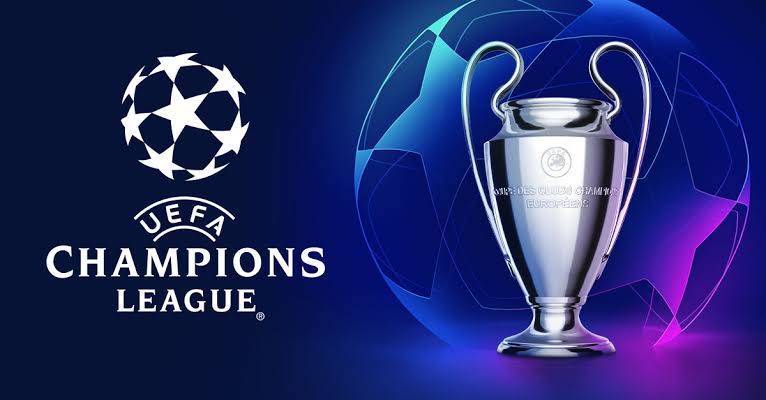 The Lions may be the best team in Russia at the moment, but it needs to be understood that the Russian Premier League is comparatively far weaker than that of their Italian counterparts.

On top of that, the Eagles have also raced to the top of the Group F table with an unbeaten record. Going on, they also have been very consistent lately with their results, and especially in the competitive Serie A the last season, they almost took out Juventus out of the title equation.

Meanwhile, the Russians have a 100% losing record in the CL this campaign, and have conceded the most number of goals as well as have scored the least.

In addition, the Italians need a win this Wednesday to ensure they stay at the top of the table, as the other game in the group is between Borussia Dortmund and Club Brugge, which the Germans are expected to win. And do note that Der BVB are just lagging by one point behind Simone Inzaghi’s men.

This is the first h2h encounter between the two teams. However, the Eagles have a 100% unbeaten record in European fixtures against Russian teams. They have progressed to the next round every single time when pitted against Russian teams. Moreover, they have also conceded a single goal from the last four such match-ups. Meanwhile, Sergei Semak’s men were winless in seven of their former ten encounters against Italian squads.

Manchester United are not looking good on Premier League standings, disappointing their huge fan base multiple times this season already. Situation is completely different when it comes to UEFA Champions League appearances.

The Red Devils have defeated PSG and RB Leipzig in the opening two duels, having the opportunity to maybe even secure playoffs this Wednesday in Turkey.

Their opposition Istanbul Basaksehir are hammered to the bottom of the table with zero points, and no other option but to attack United and seek much-needed victory.

Istanbul Basaksehir manager Okan Buruk will be unable to call upon the services of Brazilian full-back Junior Caicara, who is out injured. There remain doubts over the availability of Belgium international and former Tottenham Hotspur attacker Nacer Chadli, as well as Nigerian midfielder Azubuike Okechukwu.

Meanwhile, Manchester United will be without England international Jesse Lingard as well as centre-back Eric Bailly, who are both nursing injuries. It was announced recently that Brazilian left-back Alex Telles had tested positive for coronavirus, and it remains to be seen whether the former Porto man is available or not.

There were no previous head to head matches between Istanbul Basaksehir and Manchester United.

Champions of Turkey have faced one English team so far on their European journeys. It was a clash against Burnley FC in 2018 in Europa League qualifying round and they were defeated on aggregate 0-1 FT.

Interestingly, The Red Devils have lost their last duel on Turkish soil to Fenerbahce in 2016 in UEFA Champions League 2-1. They had total of 16 matches against Turkish teams so far, won eight and lost five.

Situation in UEFA Champions League Group E could become much clearer after the third round where two main favorites Chelsea and Sevilla are playing against the underdogs Rennes and Krasnodar.

The Russian side is paying a visit to Andalusia on Wednesday night, hoping to stay in the top two race. They will need three or at least one point to make that happen.

Sevilla have been playing really poor in La Liga lately, being only two points above the relegation zone line. Krasnodar are doing bad on their domestic scene too, so someone’s poor series is about to end.
These two teams have met two times so far, in Europa League group stages 2018 to be precise.

Sevilla have won the home fixture 3-0 thanks to the goals of Ben Yedder and Banega, while losing in Russia 1-2 FT.

Krasnodar have awful stats when it comes to head to head encounters against Spanish teams, having lost seven out of ten matches, while winning only two. Their goal difference in those matches is 9-17. As for Sevilla, they won seven out of 16 meetings against all Russian teams, scoring 26 and conceding 23 goals.

Chelsea FC are in a decent position to make a huge step towards UEFA Champions League playoffs this Wednesday at home venue. They welcome last-place team in the group Rennes, and anything but a home win would be considered a big surprise really.

Frank Lampard and his boys have silenced the critics with phenomenal results in the last ten days, featuring 3-0 and 4-0 victories against Krasnodar and Burnley. Rennes are doing well in Ligue 1, but it’s more than obvious they lack experience when it comes to big European games.

Chelsea manager Frank Lampard will be unable to call upon the services of USA international Christian Pulisic as well as young Scottish midfielder Billy Gilmour, who are both injured. There remain doubts over the availability of Spanish goalkeeper Kepa Arrizabalaga.

There were no previous head to head meetings between these two teams.
Chelsea have faced on French team in their last year’s Champions League campaign, LOSC Lille, winning both encounters with 2-1 score. Their all-time stats against French teams are not looking so convincing though; seven wins, five draws and six losses.

Rennes have played against Premier League teams four teams in the past, having won two and losing two. They were eliminated 3-4 on aggregate in Europa League playoffs by Arsenal in 2019.

Brugge have surprised everyone by collecting four points from duels against Zenit and Lazio, so they have more than solid chance to earn one of top two spots.

Upcoming clash against Borussia Dortmund is of huge importance of course. BVB have slipped once in Rome, but bounced back with home victory against Zenit last week.

Judging by some early days in Bundesliga, Favre’s squad finally learned how to improve defensive stats.

There were five head to head matches between Club Brugge and Borussia Dortmund in the past. Interestingly, Belgium side has 3-1 lead in terms of victories.

The most recent meetings were in season 2018 in UEFA Champions League group stages. Dortmund conquered this stadium with a 1-0 win, while match at Signal Iduna ended without winner and without goals.

Alarms are activated at Camp Nou last weekend when Barcelona once again failed to secure victory in La Liga.

Deportivo Alaves were the ones to stop them this time. Ronald Koeman’s squad pretty much dominated the whole match, created opportunities and were better opponent, but still couldn’t find a way to score the winning goal.

Recent departure of former club president Bartomeu has raised many questions, but the results are just not there yet.

Catalan giants could use upcoming UCL clash at home against Dynamo Kiev to increase team spirits and confidence ahead of domestic match against Betis on Saturday.

These two teams have met five times in the past. The last two duels happened in season 2009-2010 in UEFA Champions League group stages. Spanish side was victorious in both meetings with a total goal difference of 4-1.

Dynamo Kiev secured three victories against Barca in ten head to head matches, but just one at Camp Nou.

Rumours that Andrea Pirlo might get sacked were getting louder and louder before Juventus’ match against Spezia on Sunday.

The Old Lady have secured three points in that match in a convincing fashion, which probably bought some time for this manager.

Would potential failure in Budapest this Wednesday be the final straw?

Ferencvaros were one of the most unpredictable teams during the UCL qualifiers, eliminating some big names like Celtic FC and Dinamo Zagreb, which means they are hardly going to enter this encounter with a white flag.

There were no previous head to head encounters between these two teams in the past.

The last time Juventus have faced some club from Hungary was season 1979 in UEFA Cup Winners versus Gyori, winning the duel 3-2 on aggregate.

Ferencvaros played against Italian clubs once in the past, losing to Inter Milan 1-5 on aggregate in 1966 in Champions Cup.

The most anticipated match this Wednesday in UEFA Champions League round three is happening in Germany. RB Leipzig welcomes PSG, and judging by the results so far, these two teams will battle for the second spot in this group.

Both sides were defeated by Manchester United, so another loss would significantly lower the playoffs chances.
Leipzig are not doing so well lately, losing big match to Moenchengladbach during the weekend, while PSG consolidated in Ligue 1 after a bit shaky start.

These two teams have met only once in history, and it happened relatively recently on UCL tournament in August.

PSG won the match 3-0 thanks to the goals of Di Maria, Bernat and Marquinhos and advanced to the grand finals.

Leipzig are having negative score when it comes to all-time duels against French teams, having won only two out of seven, while losing three.

PSG on the other hand have decent success against German clubs, winning 11 out of 19 matches and scoring total of 31 goals.