KAMPALA – The Uganda Premier League is slatted to start on Thursday, December 03.

This was confirmed on Friday, November 20 as the first-round fixtures were released.

In the fixtures that were shared to the media, two games will be played on the first day of the season.

Defending champions Vipers SC kick off their title defence at home to newly promoted MYDA FC while the other day’s fixture will be between Solitilo Bright Stars against KCCA FC at a venue yet to be communicated.

The other two fixtures on match-day one will see Onduparaka FC at home ti Express FC while Mbarara City entertains URA FC.

The first high-profile game of the season will see Express FC host Express FC at the Betway Mutessa II Stadium in Wankuluku on match-day two, at a date yet to be communicated.

The first Kampala derby between Express FC and SC Villa will be played on December 19 at the Betway Mutessa II Stadium.

After match-day five, the league will take a halt until February 12 as the Uganda Cranes (only local-based players) take part in the 2021 CHAN Championships in Cameroon.

The battle of the Big-two between Vipers SC and KCCA FC will be played on Wednesday, March 17 at the St. Mary’s Stadium in Kitende.

Only five stadiums have so far been cleared to host games. These are MTN Omondi Stadium in Lugogo, Betway Mutessa II Stadium in Wankuluku, Green Light Stadium in Arua, Kabaka Kyabaggu Stadium in Wakiso and the St. Mary’s Stadium in Kitende. 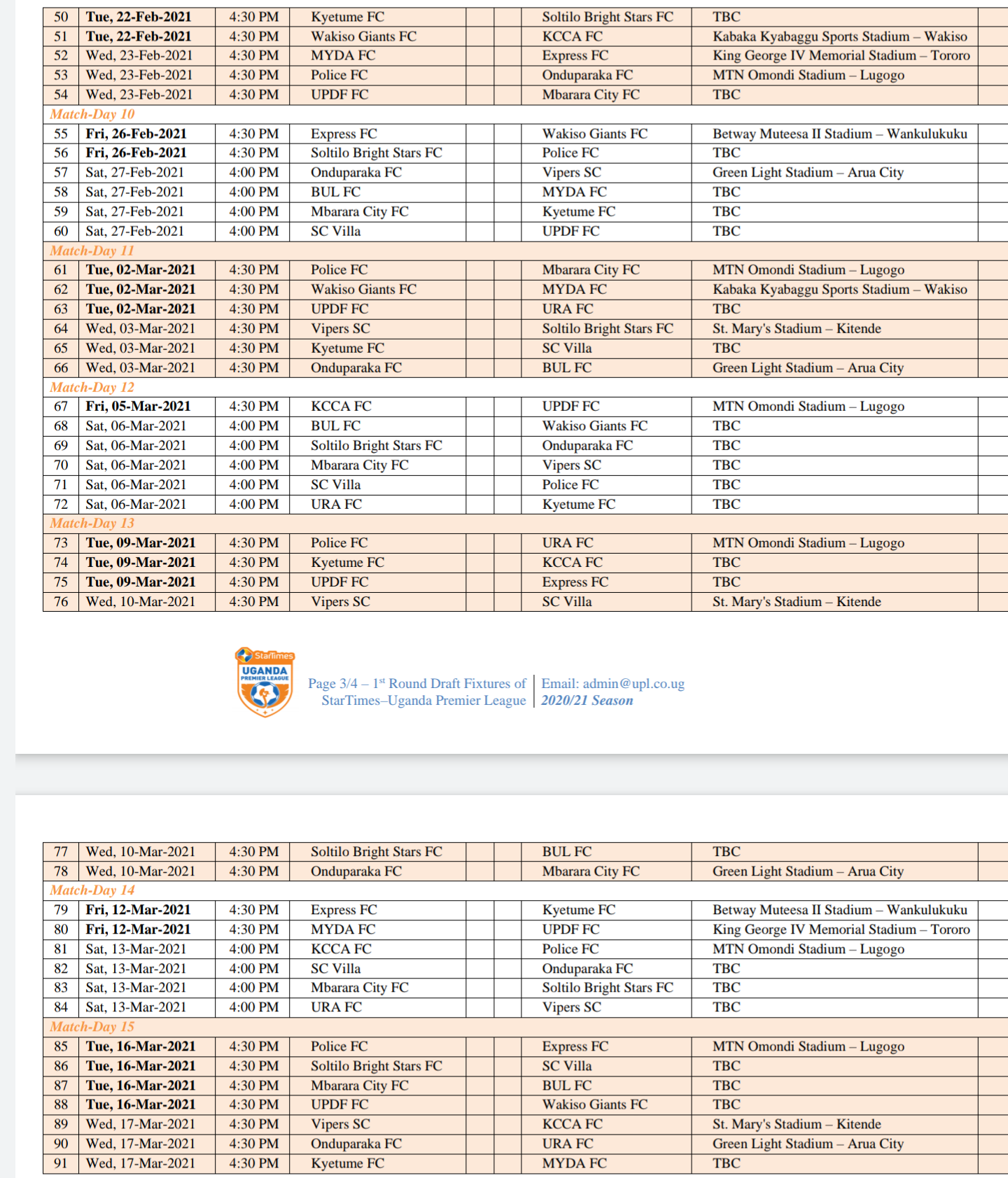