Atalanta just keep going from strength to strength and expect to maintain their perfect start against Eusebio Di Francesco’s Cagliari.

La Dea invest, evolve and build more every summer, consolidating their status in the top four and some are even pointing to them as dark horses for the Scudetto.

They started with commanding wins away to Torino and Lazio, bagging eight goals, and have their first home game of the season after more restructuring work at the Gewiss Stadium.

Cagliari are still getting to grips with new coach Di Francesco and a host of fresh faces coming through the doors, as Diego Godin should get his first start in defence.

They scraped just one point thus far, drawing 1-1 at Sassuolo and defeated 2-0 by Lazio.

Cagliari have a remarkable recent record against Atalanta, winning four of their last six Serie A meetings, including three consecutive trips to Bergamo.

Benevento are certainly not dull to watch, trying to out-score opponents rather than neutralise them, and Bologna’s leaky defence makes this an intriguing clash.

Pippo Inzaghi is continuing the attitude that got Le Streghe promoted from Serie B with record numbers, going on the attack and refusing to give in. So far, they’ve come back from 2-0 down to beat Sampdoria 3-2 and gave Inter a few scares in a 5-2 thriller.

Bologna are so weak defensively that even when dominating Parma with four goals, they still managed to concede for the 35th Serie A game in a row.

Aaron Hickey had an impressive debut at left-back though and Gary Medel should get his first start of the season.

Bologna have lost their last four away fixtures and haven’t made it five on the trot since October 2015.

Inter aim to continue their perfect start to the season and visit a Lazio side still trying to recover from an Atalanta thrashing.

Antonio Conte’s men have taken a different tack this term, more prone to concede goals, but also much more likely to score them, and Achraf Hakimi has made a spectacular start to his Serie A career. He should again start, with Ivan Perisic, Christian Eriksen and Lautaro Martinez returning after they were rested for the midweek 5-2 win over Benevento.

Simone Inzaghi desperately needs reinforcements, especially as the injuries continue to pile up, with Vedat Muriqi, Senad Lulic, Stefan Radu, Luiz Felipe and Denis Vavro all not at 100 per cent.

Joaquin Correa even pulled out in the warm-up for the 4-1 home defeat to Atalanta on Wednesday.

After that result, another heavy loss at the Olimpico to a top four contender could be devastating for Lazio’s confidence so early into the campaign.

Lazio have lost half of their last 14 Serie A games, conceding at least two goals in each of those seven defeats.

Inter have scored nine goals in their first two Serie A matches, their most prolific ever start. They found the net 13 times in the opening three rounds in 1960-61.

Parma have shown very little progress under new coach Fabio Liverani and are up against a Hellas Verona side with full points.

It was always going to be a huge wrench to move from Roberto D’Aversa to Liverani, as their tactics could not be more different, and having such a short pre-season period made that even more complicated. Add recurring injuries and delays in getting new signings due to a takeover, and their results so far aren’t entirely surprising.

Verona technically have six points, although the 0-0 draw with Roma became a 3-0 win by default after Amadou Diawara was irregularly fielded. Samuel Di Carmine picked up a muscular problem, so Mariusz Stepinski is favourite to start upfront ahead of Ebrima Colley.

Parma have lost seven of their nine Serie A home games since the start of February, winning only one.

Milan rode their luck on Thursday to reach the Europa League group stage, but might pay for those efforts against a plucky Spezia side.

The Rossoneri equalised with a penalty in the last kick of extra time and after 24 spot-kicks eventually won the shoot-out with Rio Ave. That game finished so late, the airport had closed and they had to stay overnight in Portugal.

The 120 minutes of football, and epic shoot-out, could well have taken its toll on Stefano Pioli’s men, who are still missing Zlatan Ibrahimovic and Ante Rebic. Daniele Maldini as a False 9 struggled with Rio Ave, so Lorenzo Colombo should return here.

Spezia celebrated their first ever Serie A victory midweek, winning 2-0 away to Udinese despite seeing captain Claudio Terzi sent off and goalkeeper Jeroen Zoet stretchered off. Andrey Galabinov is without doubt their key man, as he has so far scored all three of their goals.

Spezia have had the best start to a debut Serie A season since Siena got four points from the first two games in 2003-04. After that, all the newcomers had at most one point in the opening three rounds.

Juventus face their toughest test yet, hosting a Napoli side coming off two thumping victories, but with the shadow of COVID-19 hanging over them.

The Bianconeri already dropped their first points under Andrea Pirlo, clawing back a 2-2 draw away to Roma after Adrien Rabiot saw red for a second bookable offence. He is therefore suspended, likely replaced with Arthur Melo’s first start and the return of Gianluca Frabotta on the left.

Gennaro Gattuso’s side have been mentioned as potential Scudetto contenders after railroading Parma and Genoa with eight goals and no reply.

However, the 6-0 victory could prove costly, as Genoa announced half the squad had contracted COVID-19 the day after that match, including numerous players who were on the field at the Stadio San Paolo.

Even if the virus has not spread to Napoli, the extra quarantine procedures, more swabs and tension of the situation has dominated the build-up to this fixture.

With Lorenzo Insigne injured, it’s also either Eljif Elmas or Matteo Politano who will take his place, a return to the 4-3-3 far more likely than the more unbalanced 4-2-3-1 formation.

It’s a reunion for Gattuso and Andrea Pirlo, who were Milan teammates in 218 Serie A matches.

Napoli have only once won their opening three Serie A games with clean sheets, in 1966-67. SERIE A: Inter targets top spot at home to Parma 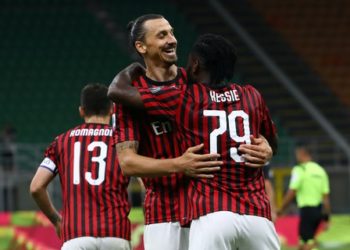 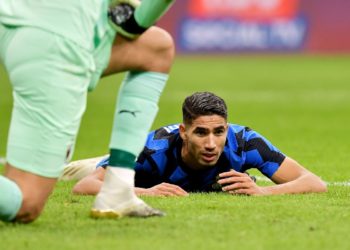