The hosts will be looking for their first win since September 12 in this game, while Celta will be hoping to rebound from their loss on Thursday night to Barcelona.

The last time these two sides played was in July, and Osasuna came out on top, defeating Celta Vigo 2-1 at the Estadio El Sadar.

It was one of the 2019-20 campaign’s more dramatic games, with Jose Manuel Arnaiz grabbing a 91st-minute winner to break the hearts of Celta supporters.

Results in 2020-21 have been mixed for both sides. Osasuna have lost their last two games after winning their opening match, while Celta have won one game, drawn two and lost one.

Alaves have settled at the bottom of the table at the start itself and don’t seem to climb back up. They opened the new league season with a 0-1 loss on the road against Betis.

And until now, the host has had only one draw in their four appearances to make a difference in their schedule. El Glorioso will host after a 3-1 loss on the road against Villarreal last time out in the campaign.

Bilbao’s start to the new edition of the league was met with a defeat. They lost 2-0 on the road against Granada in the opening match in the schedule.

However, Athletic Club jumped right back with an away win in the nest clash with Eibar, only to lose the last fixture at home against Cadiz in the campaign. With their away win, the visitor will try to push the host in the middle.

The host is unbeaten at home in the past five clashes. The visitor has failed to score in three of the last five visits.

Real Madrid have made a steady start to their La Liga title defence, collecting seven points from their opening three games, but they may not have things all their own way at Levante.

Real were held to a goalless draw at Real Sociedad in their league opener but have responded with one-goal wins over Real Betis and most recently Valladolid.

Another narrow win could be on the cards at Levante, who have plenty to offer going forward but are let down by their defensive flaws.

Levante were beaten 4-2 at Valencia in their league opener before running out comfortable 3-1 winners at Osasuna.

They have since faced a tough midweek test at Sevilla and have had one less day to prepare than the champions.

However, Levante have scored in each of their last seven meetings with Zinedine Zidane’s side and home wins over Barcelona and Real last season show what they are capable of on a going day.

Both teams have scored in nine of Levante’s last 14 home league games and this ought to follow suit, but it would be somewhat of a surprise if Real couldn’t prevail.

Zidane’s side, who won 3-2 at Betis on their last away trip, boast by far the superior attacking options and that extra firepower makes them tough to oppose.

Real have recorded eight of their last ten La Liga wins by a single goal, which includes both wins this season.

Granada’s first season back in La Liga was a huge success as they finished seventh and qualified for the Europa League but their European adventure could mean a tougher campaign is in store.

Granada booked their place in the Europa League group stages for the first time in their history with a 3-1 win at Malmo on Thursday and the quick turnaround may leave them vulnerable at Cadiz.

The newly-promoted hosts were 1-0 winners at Athletic Bilbao last time out and they have collected six points from their opening four games having also triumphed 2-0 at Huesca.

Cadiz were defeated 3-1 by Sevilla in their last home outing but the visitors needed two injury-time goals to reign supreme and it wasn’t a bad performance by any means.

Granada have won two of their opening three assignments but their sole away trip saw them thumped 6-1 at Atletico which, like this game, came just three days after a Europa League qualifier.

Cadiz, however, have kept clean sheets in only three of their last 16 home games, so Granada can get on the scoresheet.

Both teams have scored in five of Granada’s last seven La Liga away games and for all their success last season, they won only six of their 19 league matches on the road.

The hosts have put their Champions League drubbing seemingly behind them, with seven goals, two clean sheets and six points in La Liga so far this term.

Their perfect start has involved Lionel Messi, but the Catalans aren’t entirely reliant on him so far.

The hosts will be looking to produce another good all-round performance as the quality of opposition steps up. Sevilla have high hopes for the season after their Europa League success, but our predictions point to them continuing their poor record at the Camp Nou.

Barcelona’s Lionel Messi has scored more goals against Sevilla in LaLiga than against any other opponent (29, also 37 in all competitions).

However, the wantaway Argentine isn’t the only man that Sevilla should fear here. Ansu Fati has scored three times in the opening two games of the season, breaking the deadlock for Barca on both occasions.

Fati has really stepped forward over recent months for Barca, he’s likely to be a key part of the post-Messi era. We see Fati continuing his development with a strike in this one, as we’re backing him to score anytime against Sevilla.

Sevilla’s Catalan Hoodoo
Sevilla are winless in their last 17 La Liga games against Barcelona at Camp Nou (D2 L15). That includes last season’s 4-0 loss, as Sevilla have conceded three or more goals in three of the last four clashes between the pair.

The visitors have also conceded three or more goals in five of their last six visits to Barca, so we start our predictions by backing Barca to hit at least three goals.

Sevilla coach Julen Lopetegui has lost by a four-goal margin in each of his two league visits to Camp Nou as manager: 5-1 in his last game for Real Madrid in October 2018 and 4-0 in this exact fixture last season. 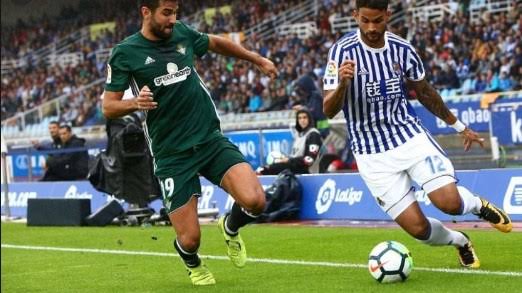 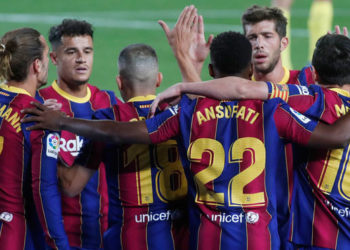 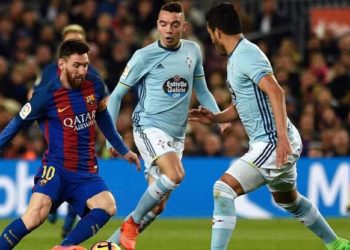