The Spanish La Liga entered game-week three this past weekend with all 20 teams in action.

Defending champions Real Madrid came from behind to overcome a spirited Real Betis side 3-2 on Saturday with Sergio Ramos.

This is Real’s second victory of the season and it sees them climb into 6th with four points from two games.

Still on Saturday, Deportivo Alaves drew 0-0 with Getafe, Valencia played to a 1-1 drw with Huesca while Real Sociedad powered past Elche 3-0.

On Sunday, Luis Suarez marked his Atletico Madrid with two goals and an assist as he came off the bench in the 6-1 drubbing of Getafe.

Barcelona also got their season off to a flyer, beating Villarreal 4-0 at the Camp Nou with teenage forward Ansu Fati netting a brace while Lionel Messi scored from the spot.

Barca sit 10th on the log with three points from one game, a similar record as Atletico Madrid who occupy 9th spot.

In the other games Levante were 3-1 winners at Osasuna, Bilbao beat Eibar 2-1 away from home, Sevilla defeated Cadiz 3-1 while Real Valladolid drew 1-1 with Celta Vigo.

In Italy, 10-man Juventus held off AS Roma o draw 2-2 at the Olympico on Sunday.

Cristiano Ronaldo netted a brace for the Old Lady who saw Adrian Rabbiot sent off in the second half.

Napoli were the biggest winners of the weekend as they thumped Genoa 6-0 while AC MIlan took care of Crotone 2-0 away from home.

Sassuolo beat Spezia 4-1 on the same day that Hellas Verona defeated Udinese by a single odd goal of the game.

On Saturday, Inter Milan showcased a spirited display to fend off Fiorentina 4-3 at the Guiseppe Meazza stadium.

Atalanta continued their scoring spree with a highly entertaining 4-2 win at Torino while Benevento came from 2-0 down to scrap past Sampdori 3-2.

The other game week two fixture between Bologna and Parm will be played on Monday night.

In Germany, Hoffenheim climbed top of the Bundesliga table thanks to a shocking 4-1 victory over defending champions Bayern Munich on Sunday afternoon.

Hoffenheim have now won both of their opening two games while Bayern have lost one and one the other and sit 7th on the log.

On the same day, Freiburg drew 1-1 at home to Wolfsburg.

On Saturday, Augsburg stunned Borussia Dortmund 2-0 while Monchengladbach were held to a 1-1 draw at home to Union Berlin.

The headline fixture of the round saw Bayer Leverkusen and RB Leipzig share spoils in a 1-1 stalemate, Stuttgart powered to a 4-1 victory at hapless Mainz while Werder Bremen took care of Schalke 3-1 at the VELTINS Arena.

In France, PSG registered their third victory of the season thanks to a Mauro Icardi brace as they beat Reims 2-0 away from home on Sunday.

On the same day, Olympique Lyon drew 1-1 away to Lorient, the saw result that the game between Nimes and Lens produced.

Nine-men Monaco produced an inspired display as they beat Strasbourg 3-2 at the Stade Luis II, Dijon drew 2-2 at home to Montpellier, Angers were 3-2 winners against Brest while Bordeaux played out a goalless draw with Nice.

On Saturday, Rennes beat Saint Etienne 3-0 away from home while Marseille required a late Morgan Sanson strike to draw 1-1 at home to Metz.

The Ligue one match-day five opening fixture was played on Friday with Lille defeating Nantes 2-0.

All the weekend’s results 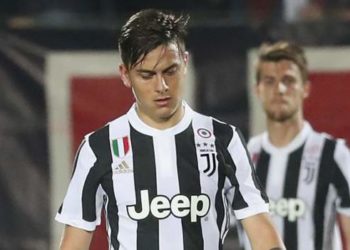 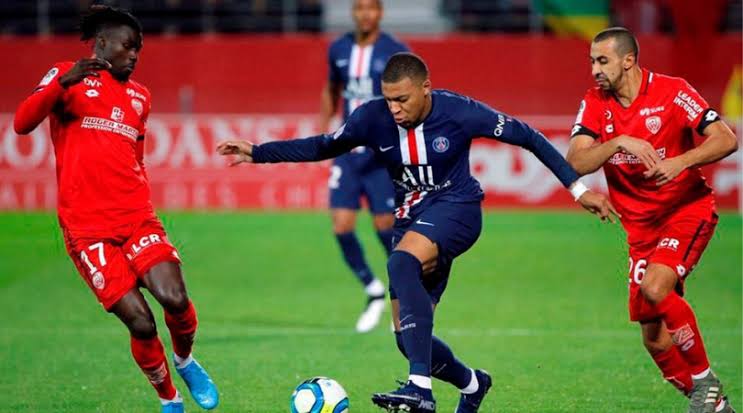 PSG returns to Ligue One action at home to lowly Dijon