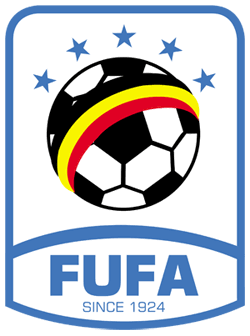 The Federtaion of Uganda Football Association (FUFA) has made judicial reforms aimed at protecting football in the country and the various stakeholders in the beautiful game.

The reforms are aimed at helping FUFA to achieve its vision and Misson.

Vision is ‘To be the number One Football Nation in Africa on and off the field’ while the Mission is ‘To Develop, Promote and Protect football for all’.

In order to execute the mission statement of Protecting Football, the 22nd FUFA Executive Committee that sat on 13th March 2020 at the Executive House Boardroom-FUFA Complex-Mengo passed a number of FUFA Judicial Reforms.

Objectives of the reforms

The Vices against Football

The FUFA Executive Committee observed that the modern game is faced with vices that urgently need a very agile legal regime to administer justice. Such vices against football include;

This code comes into effect on 1st April 2020

The FED Committee will be composed as follows;

There shall be a Chairperson and Vice Chairperson of the FED Committee. Their roles shall be;

1. Direct Judicial Process at FUFA
2. Ensure Fast & Fair Justice
3. Allocate Matters to Bodies
4. Official Spokesperson of the FED Committee
5. Below the Chairperson and Vice Chairman/person, there shall be 4 (Chambers/Panels) each composed of a Chair and 2 Other Members. These include;

1-FUFA Competitions Disciplinary Panel and the role is to Determine and apply Corrective Measures as provided for in the FED Code and/or other FUFA Rules for undisputed matters;

2- FUFA Investigatory Chamber and roles shall be to;

3. FUFA Adjudicatory Chamber and the roles shall be to;

4. FUFA Dispute Resolution Chamber and the roles shall be to;

The Members of the Committees are;