Nice have won seven of their last eleven home matches with just two defeats coming in this time, one coming via a 90th minute penalty and the other with the anchor of playing 40 minutes with ten men. Brest’s away form is pretty poor with seven defeats in their last twelve league games on the road. Both teams have scored in six of the visitors’ last eight matches as well as seven of Nice’s last eight outings.

The away side have now lost just one of their last six matches with their win over Saint-Étienne last week lifting them up to 13th. It was a solid 3-2 win over the sleeping giants but that came with their fantastic home backing, this time round they will be without the Stade Francis-le-Blé at their disposal.

Brest’s away form hasn’t been anywhere near as good as their home record with just two wins on the road all season.

Those came against Angers and bottom club Toulouse but apart from those they have lost seven of their twelve away games this campaign in Ligue 1. They have failed to score in five of their last seven on the road which will make this another difficult challenge to overcome.

Outwith these results Brest have been in solid form but none of their good results have come away from home. They’ve scored 13 goals in their last eight matches but have also conceded 14 in this time which is quite concerning ahead of this trip to Nice.

These teams drew 0-0 when they last met in December but les Ty’Zefs were right up against it for most of the match and could struggle again here.

Nice beat Toulouse 2-0 last week but manager Patrick Vieira wasn’t happy with his team’s performance, criticising them in the press conference. However, it was another win for les Aiglons and they should be pretty satisfied with the result nevertheless. They have now lost just two of their last twelve matches in all competitions with 20 goals scored and ten conceded in this time.

Vieira’s men generally have a solid home record but have actually lost two of their last three at the Allianz Riviera. However, both were rather unlucky as they played 40 minutes with ten men against Nîmes and conceded a 90th minute penalty to Lyon. Before that they had gone eight games unbeaten with six wins in the process making it a pretty good run of form.

Lyon have won just one of their last five matches with five goals scored and seven conceded in this time. Metz have lost just two of their last nine home matches and have a reputation of giving the big boys a good game; they’ve beaten Saint-Étienne, Strasbourg and Nantes, and drawn with Marseille and Montpellier. Lyon have scored the second-most goals on the road in Ligue 1 but face a Metz side with three clean sheets in their last six matches.

Lyon were on a good run up until recently but a number of difficult matches now leave them with just one win in their last five. This came in a big victory over Marseille (1-0) but they crashed back down to earth with a 1-1 draw at home to Strasbourg last week. Les Gones have conceded seven goals in this time, with five scored in return, so they’ll need to be wary here as they travel to the east of France.

Lyon have lost their last two away games but one of these was at the hands of PSG and the other came with les Gones playing 70 minutes with 10 men. Before that, they had gone seven games unbeaten, with six wins in the process giving them the fourth-best away record in the league.

They have scored the second-most goals on the road in Ligue 1, with 25 in their last nine in all competitions. This attacking prowess will be what they want to showcase against les Grenats.

However, Metz have a pretty solid home record and will be backing themselves to test les Olympiens here. They’ve lost just two of their last nine matches at the Stade Saint-Symphorien, with the most recent one coming after they had Vincent Pajot sent off in the eighth minute.

Outside these defeats they have been pretty competitive for a newly promoted team, with wins over Saint-Étienne, Strasbourg and Nantes, as well as draws with Marseille and Montpellier showing their ability against the big boys in Ligue 1. Metz have kept three clean sheets in their last six matches but will be pushed to their limits here against Lyon.

The other Ligue One fixtures this weekend 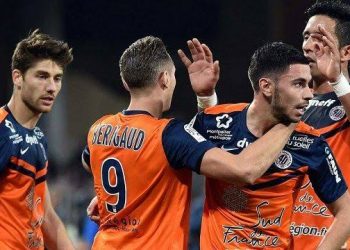 Ligue 1: Monaco hope to continue surge up standings at home to tricky Montpellier 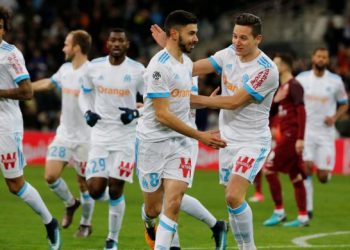 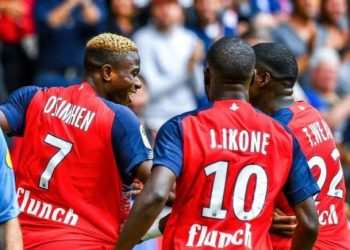 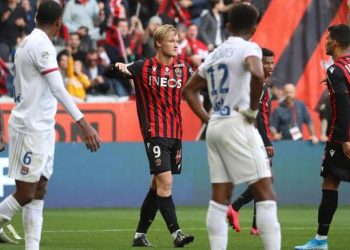