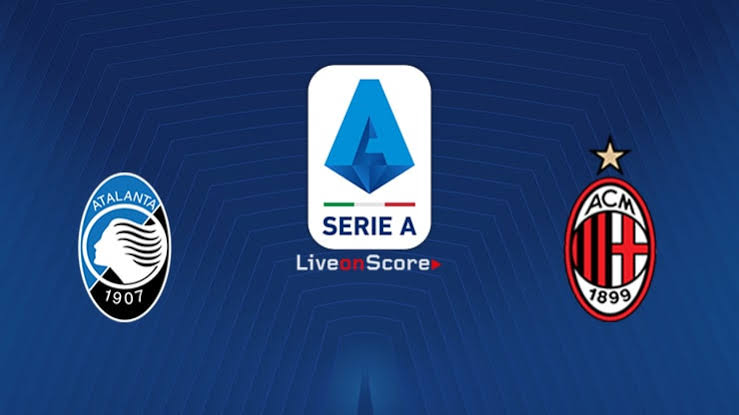 Atalanta should have two star strikers back for this regional derby against Milan, as the Rossoneri try to recapture their status in the Lombardy hierarchy.
The last couple of seasons have turned the usual expectations upside down in this area of Italy, as we find ourselves in December with Atalanta the only representative in the Champions League Round of 16, Inter in the Europa League (albeit top of Serie A) and Milan floundering mid-table.

The tide is swirling round again, though, as Stefano Pioli is finding his feet at San Siro and on a four-match unbeaten run. If they win at the Gewiss Stadium, they’ll go into the winter break only four points behind La Dea. Considering where they were only a few weeks ago, that is a remarkable climb.

However, this is Milan’s biggest test in some time, and not just because they are in Bergamo. Theo Hernandez is surprisingly their top scorer for this season, despite being a left-back, and he is suspended for this trip along with Brazilian midfielder Lucas Paqueta. Leo Duarte is injured for at least three months yet, so Ricardo Rodriguez should step back in to defence with Andrea Conti on the right.

The rest should be unchanged, with Pioli preferring Ismael Bennacer and Giacomo Bonaventura to Lucas Biglia and Rade Krunic, while Krzysztof Piatek remains the favourite instead of Rafael Leao.

Atalanta suffered a narrow 2-1 defeat to Bologna last week, but that felt inevitable considering they were without Papu Gomez, Josip Ilicic and Duvan Zapata, while exhausted from their midweek Champions League exploits in Ukraine.

It’ll be a very different prospect this weekend, as they are well-rested, enthusiastic, have Gomez and Ilicic back in action, and are eager to show what they can do with only one game per week. Luis Muriel continues to deliver largely as a substitute rather than in the starting XI, so could be benched now that Gian Piero Gasperini has other alternatives.

Bologna clambered into mid-table with their victory over Atalanta and hope Lecce continue with their remarkable record of no home wins.

The Rossoblu have inevitably seen their performances boosted since coach Sinisa Mihajlovic returned regularly to training after months of treatment for leukaemia. In the last three games, they’ve won away to Napoli, been narrowly defeated 3-2 by Milan and beat Atalanta 2-1.

Danilo is suspended in defence, with Ladislav Krejci and Mitchell Dijks injured, while Blerim Dzemaili and Roberto Soriano require fitness tests. Mattia Bani steps in to defence, while Riccardo Orsolini should complete the trio upfront with Rodrigo Palacio and Nicola Sansone.

Lecce showed great resilience this season, fighting back for 2-2 draws with Cagliari and Genoa, beating Fiorentina at the Stadio Franchi, but are still without a single home victory. Last week’s 3-0 loss in Brescia was particularly galling and they’ll need to raise their game to avoid sliding back into the relegation zone.

Zan Majer joins Gianluca Lapadula on the list of banned players, with Marco Mancosu, Biagio Meccariello and Giannelli Imbula not fully fit. There are the usual choices to be made upfront, where Diego Farias is challenging Yevhen Shakhov and Khouma Babacar battling for a place with Andrea La Mantia. Filippo Falco should be back in the starting XI after shaking off injury concerns.

Since the year 2000, these sides have met 15 times in Serie A, eight of them ending in stalemates. There were also five Bologna victories and two for Lecce.

The Parma injury crisis rears its ugly head again, while Brescia must recover after their first defeat since Eugenio Corini’s comeback.

It is extraordinary to see Parma flying high in seventh place, three points clear of both Napoli and Milan. It’s even more remarkable considering they are missing so many key players and the situation is getting worse, as Andreas Cornelius is back on the treatment table with Juraj Kucka, Roberto Inglese and Yann Karamoh.

This means we could see Swedish sensation Dejan Kulusevski moved to a False 9, flanked by Gervinho and Mattia Sprocati. In midfield, Antonino Barillà, Gaston Brugman and Alberto Grassi are tussling for two slots.

The Ducali are fresh from two consecutive away victories at Sampdoria and Napoli, so confidence could not be any higher.

Brescia had won two on the bounce, but the rescheduled Week 7 fixture with Sassuolo saw them beaten 2-0 at home on Wednesday evening. Mario Balotelli had the best chance of the game, his header palmed off the line, but Daniele Dessena is still out and goalkeeper Jesse Joronen requires a fitness test.

Ernesto Torregrossa again looks to be the favourite rather than Alfredo Donnarumma in partnering Balotelli, while Nicolas Spalek is expected to retain his trequartista spot despite Emanuele Ndoj pressure.

Parma could make it three consecutive Serie A victories in a row for the first time since March 2014, pre-bankruptcy and rebirth.

Napoli had a disastrous debut under new coach Gennaro Gattuso and now face an even tougher trip to resilient Sassuolo.
The Partenopei will face Barcelona in the Champions League Round of 16 in February, but what cost Carlo Ancelotti his job was their dismal Serie A form.

That showed absolutely no signs of improvement when Gattuso took over, as he lost 2-1 at home to Parma, caught out by two rapid counter-attacks.

Napoli are now without a win in eight Serie A rounds, five of which were draws, and could reach nine for the first time since the 2008-09 campaign.

To make things worse, he also lost Kalidou Koulibaly to injury, while Nikola Maksimovic is suspended. Faouzi Ghoulam, Kevin Malcuit and Lorenzo Tonelli are still out of action, with Dries Mertens needing a fitness test too.

Gattuso brought back the 4-3-3 system, so we could see Hirving Lozano complete the trident attack with Arkadiusz Milik and Lorenzo Insigne.
Sassuolo are proving surprisingly tough to beat this season under Roberto De Zerbi. Their rescheduled Week 7 fixture with Brescia was played on Wednesday, emerging from the Stadio Rigamonti with a 2-0 victory, meaning they are unbeaten in four Serie A rounds. Those included a 2-2 draw away to Juventus, fumbling a 2-0 lead in another 2-2 with Cagliari and stalling Milan’s winning streak.

De Zerbi has very bad memories for Gattuso, as he was in charge of Benevento on Rino’s Milan debut. In that legendary 2-2 draw in December 2017, the newly-promoted minnows equalised in stoppages with a header from goalkeeper Alberto Brignoli.

With 21 points from 16 rounds, this is Napoli’s worst start to a Serie A season since 2000-01, a campaign that led to relegation.