LUGOGO – Sarah Ageno was the star of the show as UCU Lady Canons leveled their FUBA National Basketball League (NBL) final series with JKL Lady Dolphins at 2-2 on Wednesday.

The Power Foward was immense at both ends of the court as she managed a double double of 12 points and 17 rebounds on the day.

It was a game in which UCU had to be at their absolute best and they indeed were as the Mukono based side won all but one of the four quarters.

Nicholas Natuhereza’s side were fast out of the blocks and found themselves 5:0 up inside the opening four minutes.

By the end of the first quarter, they deservedly led 19-13.

However, JKL would try to mount a come-back as they took the third 17-14 to ensure it was just a 7-point game going into the final 10 minutes.

Despite JKL cutting the lead to just five points at some stage, UCU took the fourth quarter 17-13 to ensure they seal an 11 point victory.

Apart from Ageno, Zainah Lokwameri also registered a double double as she scored a team-high 15 points and picked 10 boards of the bench.

Rose Akon (14) and Rohda Nagiita (11) were the other managed double figures in terms of scoring for UCU.

For JKL, they had only two players reach double figures in terms of scoring with substitute Stella Ayella managing 15 while Hope Akello scored 10.

The series are currently level after both sides winning two of the first four games.

Game five will take place at the same venue on Friday.

The other series (Men) has City Oilers lead UCU Canons 2-1. 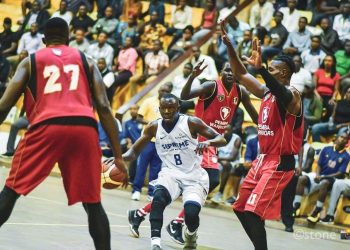 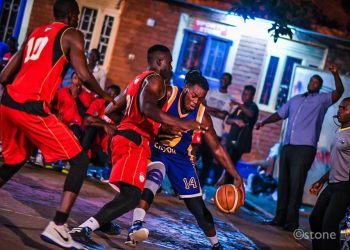