Bundesliga: Bayern, Gladbach out to pounce on Leipzig, Dortmund frailties

After a breathtaking 3-3 draw between Borussia Dortmund and RB Leipzig on Tuesday, the top of the Bundesliga is once again expected to be the center of attraction on Wednesday.

Bayern Munich, Borussia Monchengladbach and Schalke O4 will be hoping to cut Leipzig’s lead at the top of the standings with victories in their respective fixtures.

Bayern have a chance to climb up to third, ahead of Dortmund on goal difference with victory over Freiburg coupled with Schalke not beating Wolfsburg.

The Bavarians bounced back from two consecutive Bundesliga defeats in style-this past weekend with a 6-1 hammering of Werder Bremen despite trailing early in the game.

The victory eased up of pressure that had started mounting on interim head coach Hans Deiter Flick.

Flick started brightly but things ad started taking a bad turn and after Saturday’s win, calm seems to have been restored among the Bavarians.

His job may not be safe and after the winter break, a new man may be in charge but for now, no one can deny that Flick has done a decent job.

In the same game against Werder, Philip Coutinho finally stamped his arrival in Munich as he put up a magnificent display, scoring a hat trick and assisting two more goals.

Coutinho’s quality has never been in doubt but somehow, he had not owned a single game since his summer arrival from Barcelona.

As the Brazilian struck a treble, Robert Lewandowski also ended his goal drought with a brace to take his season’s tally to 18.

The Pole had not scored in any of his past three games and seeing him return to scoring ways must be a nightmare for Freiburg.

Bayern look to have gotten their mojo back and the front line now scoring, it would take some stopping by Freiburg to deny Flick’s side all three points on Wednesday.

For Freiburg, things are not looking rosy like they did in their opening 11 games.

After climbing as high as 2nd at some point, Christian Streich’s side have now dropped to sixth.

Four points from a possible 12 in their last four games sums up their current form and are coming off a disappointing 1-0 loss away to Hertha Berlin on Saturday.

Without up to 8 first team players, Freiburg’s task only gets worse and it will take a miracle to even get a point off Bayern.

The Bavarians too have injury issues as Leon Goretzka is a major doubt for the game following an injury picked up against Werder. He now joins the likes of Niklas Sule, Lucas Hernandez, Clorentin Tolisso, Kingsley Coman and Jann Arp in the sickbay.

The two sides drew 1-1 in both of their meetings last season but Freiburg have lost the other two of their last three games at home to Bayern.

For Borussia Monchengladbach, they will be seeking to end a two-game losing run in all competitions when they host Paderborn at Borussia Park.

A 2-1 loss at home to Istanbul BB in the Europa League was followed with an identical loss away to Wolfsburg in the League this past Sunday.

Marco Ross’s side have been brilliant this season and that run of losses may be taken as a temporary blip.

However, they need to prove they are not just title-jokers with a fine display on Wednesday, one that will see them move onto 34 points-level with leaders Leipzig.

Stefan Lainer, Keenan Bennetts and Torben Musels are all still missing for Ross’s side but those are not the names that Paderbon would have hoped for as the mainstays in that Gladbach team are all ok.

The visitors have had a horrible season so far and start the day bottom of the pile with just 9 points from their first 15 games.

Currently, they are the book-makers pick for relegation this season and nothing suggests that they will avoid the drop.

They have won just one of their past 7 games and if nothing extraordinary happens, they are set to lose a 5th game in that period on Wednesday.

The ast time Paderbon were away to Gladbach ended in a 2-0 win for the hosts back in March 2015.

The other interesting fixture on Wednesday will be Schalke’s visit to Wolfsburg.

Schalke have surprised everyone this season and will start the day in 4th, six points off top spot.

The 1-0 victory at home to Frankfurt was their third in four games and will indeed be fancying their chances against a wobbly Wolfsburg side that has lost two of their past four League games.

When these two sides met last season, the home side won twice and that can act as motivation for the hosts.

The other games on Wednesday will see Bayer Leverkusen host Hertha Berlin in the early kick-off while Koln are away to Frankfurt. 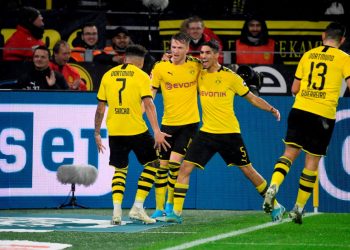