Second half goals from Steven Mukwala ensured spoils were shared between Maroons and Wakiso Giants on Saturday in the StarTimes Uganda Premier League.

Maroons had gone behind through Karim Nduggwa’s (29’) and Viane Ssekajugo’s goals (52’), but the Prisons side staged a fight-back to bag a deserved point.

Mukwala who’s been on a scoring spree, netting in each of Maroons’ last four games reduced the deficit in the 65 minutes, and just when Steven Bengo thought his Wakiso side had done just enough to clinch victory, the on form forward levelled with less than five minutes on the clock.

While the Purple Sharks headed into the game off the back of two successive victories, Maroons had drawn their last two, and Saturday’s stalemate was their fourth this season.

Bengo who was recently appointed caretaker after the club sacked Kefa Kisala following a series of dire results had hoped to make it three wins in a row and ascend further up the table, but his side’s opponents were not willing to aid that.

The draw means Wakiso stay seated sixth in the league with 20 points and they will end the first round with those points as Saturday’s game was their last in the round.

Maroons on the other hand, now with 19 points moved a place up to seventh. They have a chance to move up further with positive results in their last two games.

The side hosts Vipers on Wednesday in one of the their two remaining games. 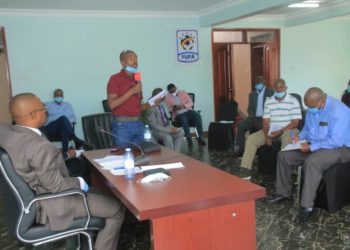