by Marion Malinga
in Others, SPORT
102
VIEWS
FacebookWhatsAppTwitter

In the pairings that came out at 10:00am this morning, Kawuma meets the rated 1321 on board two. The two meet in the opening round of the championship on Thursday, and the FM will hope to easy his way past the youngster.

Kawuma, winner of the previous two editions enters the tourney ranked second behind only IM Arthur Ssegwanyi. He will be hoping to become only the second player to win the championship three times. FM Harold Wanyama holds that record with three titles.

On board one, the tournament’s top ranked player Ssegwanyi faces Vivian Namaganda, IM Elijah Emojong meets Esther Penninah Nassozi on board three while FM Haruna Nsubuga takes on Safinah Mugide on board four.

On paper, the round is without a doubt a walk in the park for the top dogs. No surprises are expected as all are paired against weak opponents. The contenders are expected to face little resistance on Thursday.

The record winner Wanyama decided to sit the event out as he’s busy with work stuff. The FM did not also take part in the competition last year. 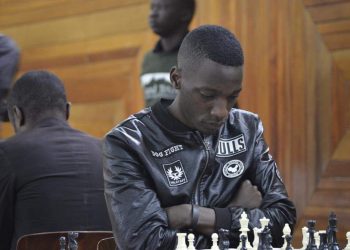