The 125th edition of Der Klassiker will take center stage this weekend as the German Bundesliga heads into match-day 11.

The meeting between Bayern Munich and Borussia Dortmund is the biggest in German football and in most cases, pits the top two sides in the division.

However, things have not been falling for the two rivals so far this season and they will head into it in unfamiliar positions on the log.

Bayern Munich who are multiple defending champions will start the day in 5th spot and four points adrift of leaders Borussia Monchengladbach.

The Bavarians have undergone a frustrating start to the campaign, one that saw Nico Kovac fired last week in the wake of a 5-1 hammering at the hands of Eintrancht Frankfurt.

Hans-Deiter Flick is currently in charge on interim basis and started off with a convincing 2-0 victory at home to Red Star Belgrade in the Champions League on Wednesday.

Flick is a man without any coaching experience and many predict the 54 year old will have a difficult time at the helm.

His first task will be one that Bayern will very much want to walk away from victorious as they play an eternal rival.

Going into the game, Bayern have won just one of their last four League games (D1 L2). If Flick can pull off a victory, who knows what the future may hold for him.

For Dortmund, they have also not been performing at their absolute best this season but sit two places ahead of Bayern in the standings in 3rd.

Lucien Favre’s side are on the back of three successive victories in all competitions despite one of those coming in they league.

The 3-2 come-back victory over Inter Milan in the champions league must have Dortmund high on confidence and will be hoping that momentum can push them past Bayern.

However, their form in the League has been wanting of late as they have won just two of their last six Bundesliga games.

With the treatment room starting to clear, Dortmund will indeed fancy themselves in Saturday’s contest.

They are however still without Marcelo Schmeltzer and Jordan Sancho is a major doubt.

Bayern too have injury concerns of their own as they are without Lucas Hernandez and Nicholas Sule. Jerome Boateng is another absentee as the German international is suspended.

Last season, either side enjoyed success in their respective home fixtures with Bayern winning 5-0 at the Allianz Arena. Dortmund have not defeated Bayern away from home since April 2017.

The other interesting fixture this weekend will be Bayer Leverkusen’s visit to Wolfsburg on Sunday afternoon.

The two traditional title pretenders have had an average start to the season.

However, both are not so far off the top with Wolfsburg currently in 9th, five points behind leaders Gladbach.

Leverkusen too are closely following behind Wolfsburg as they sit 10th, two points behind Sunday’s opposition.

The last few weeks have been horrible for Wolfsburg as they are without victory in their last six games in all competitions (D3 L3).

Their last two league games have all ended in defeat as they have fallen to RB Leipzig and Dortmund.

For Leverkusen, they have also been poor lately and have not won any of their last four League games (D2 L2).

Their latest fixture was a 2-1 loss to leaders Gladbach last weekend.

Wolfsburg will head into the contest with major injury issues as they will be without upto 7 first team players.

Leverkusen also have been dealt with absentee concerns as Lars Bender is out injured and Leon Baily is suspended.

Both side had mid-week engagement with Leverkusen beating Atletico Madrid in the champions league while Wolfsburg lost at home to Gent in the Europa League.

Either side won their away fixture last season with Leverkusen winning the contest away to Wolfsburg 3-1. This fixture has not produced a home victory in any of the two sides’ last six meetings.

In the other high-profile games, Leipzig will be away to Hertha Berlin on Saturday, leaders Gladbach host Bremen on Sunday while Freiburg are at home to Frankfurt on the same day.

All the Bundesliga match-day 11 fixtures

They must pay! Besigye moves to petition ICC over govt's alleged crimes against humanity 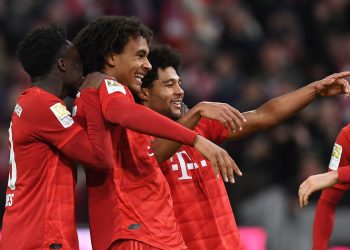 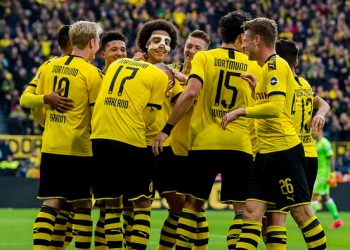 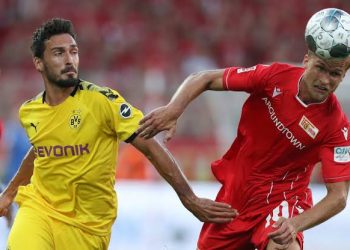 Dortmund, Bayern, Leipzig all in action as Bundesliga returns 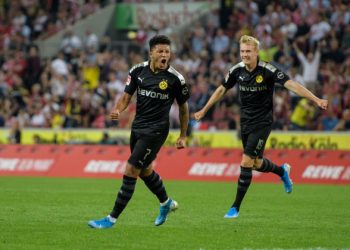 Bundesliga: Dortmund hope to continue fine start to second round at home to Koln

They must pay! Besigye moves to petition ICC over govt's alleged crimes against humanity