by Marion Malinga
in Others, SPORT
6
SHARES
159
VIEWS
FacebookWhatsAppTwitter

Walter Okas may have topped Friday’s games in the Uganda Online tourney with 64 points and is in contention to win November’s Grand Prix, but Fide Master Harold Wanyama still leads the overall standings.

Okas accumulated 64 points- ten more than November leader FM Patrick Kawuma and 26 more than Wanyama- to take his tally of points this month to 186, but his former DMARK teammate still tops the overall rankings.

The Grand Prix event that has been running since May this year comes to its conclusion at the end of this month. Not so many surprises have been witnessed although Emmanuel Egesa finds himself in unfamiliar territory in second place following enviable displays against some of the elites.

Uganda Online is without a doubt a new catch for chess addicts. It has attracted quite a number of players and now with cash prizes at the end of each Grand Prix awarded to the top ten players in the Open category and top three in the Women’s section, it keeps attracting participants.

The current number of players reads 138. That number is expected to increase next year so is the sponsorship. 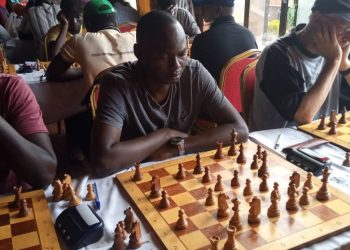 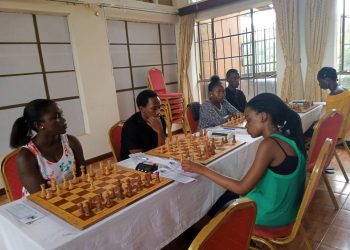