NAMBOOLE – The Masaza Cup final will take center stage as Bulemezi and Busiro square off at the Mandela National Stadium on Saturday afternoon.

The usual suspects Gomba, Ssingo and Buddu were dumped out of the competition in the initial stages paving way for two sides whose chances of winning it-at the start were slim.

It has been a tournament of shocks but the final is now evenly poised and it is hard to call for a victor.

Bulemezi will feel they have the upper hand in this one as they have won the tournament in past.

Their victory came in 2012, a year after they had lost their first-ever final.

For Busiro, they are first time finalists and will hope to be first time lucky as they bid to become the 9th side to win the competition.

What the coaches are saying ahead of the game

“We are determined to win the trophy before the Kabaka.

“From the first game to where we have reached, the players have been focused.”

“We are the underdogs here because we have never won the championship.

“In a bid for our first title, we hope to put up a fine performance.”

How they got here

Bulemezi collected 14 points at the group stage after losing just once.

At the quarter-finals, they eliminated Kyaggwe 2-1 on aggregate after drawing 1-1 away from home and winning the return leg 1-0.

In the semis, they progressed past Kyadondo 2-1 on aggregate following a 1-0 win in the second leg after a 1-1 draw in the first.

For Busiro, they finished on 11 points in their group before eliminating Ssese 3-1 on aggregate after winning both legs (2-1 & 1-0).

In the semi-finals, the defeated pre-tournament favourites Buddu, progressing to the finals 3-1 on aggregate after once again, winning both legs.

Ssese’s Denis Mwemezi leads the scoring charts with 7 goals going into the final.

The third-place playoff match will be between Buddu and Kyadondo and will start at 11am.

The Kabaka of Buganda, His Majesty Ronald Muwenda Mutebi II will present the winners with the trophy. 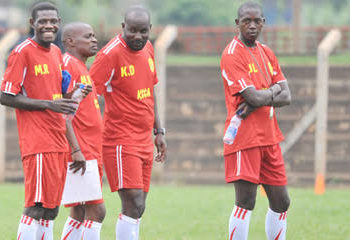 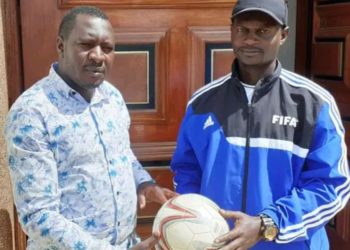