Express FC are slowly starting to pick up form and climbing up the Uganda Premier League table.

On Tuesday, the Red Eagles defeated Kyetume FC 1-0 at Mandela National Stadium, their second win on the trot.

Having beaten Police FC 5-3 last Friday, Express saw Frank Ssenyondo score the only goal of the day, one that means they have now scored an average of three goals per game in their last two fixtures.

Ssenyondo who was also on target against Police, poked home the winner from a Disan Ggaliwango cross with halftime beckoning.

He now takes his tally to three for the season, level with teammate Frank Kalanda.

Despite the victory, Express were left with two major injury concerns as defender Cyrus Kibande was stretchered off during the game while goalkeeper Tony Kyamera limped off the pitch after the final whistle.

For Kyetume who were unchanged from the side that beat Tooro United 2-0 last Saturday, they struggled throughout the game before eventually succumbing to defeat,

Not even the introduction of the experienced Robert Ssentongo could bare results as they created so little upfront to try and get anything from the game.

This is the Slaughters’ third loss of the season and it leaves them 12th on the table with 7 points from six games.

Express on the other hand are in 7th position with 10 points from 7 games.

In their next fixtures, Express are away to Vipers SC while Kyetume visit Bright Stars. 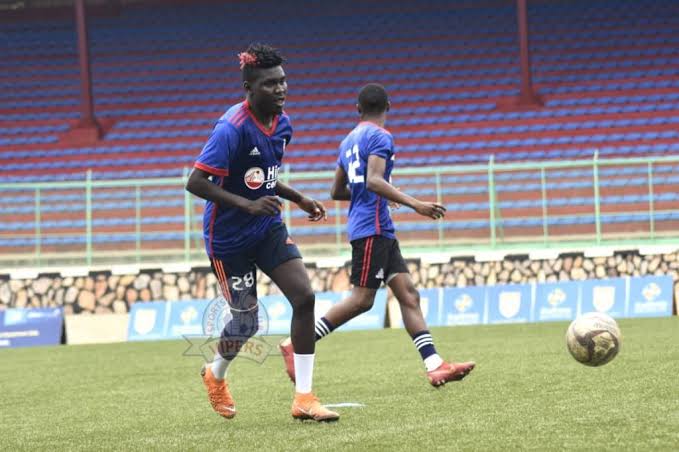