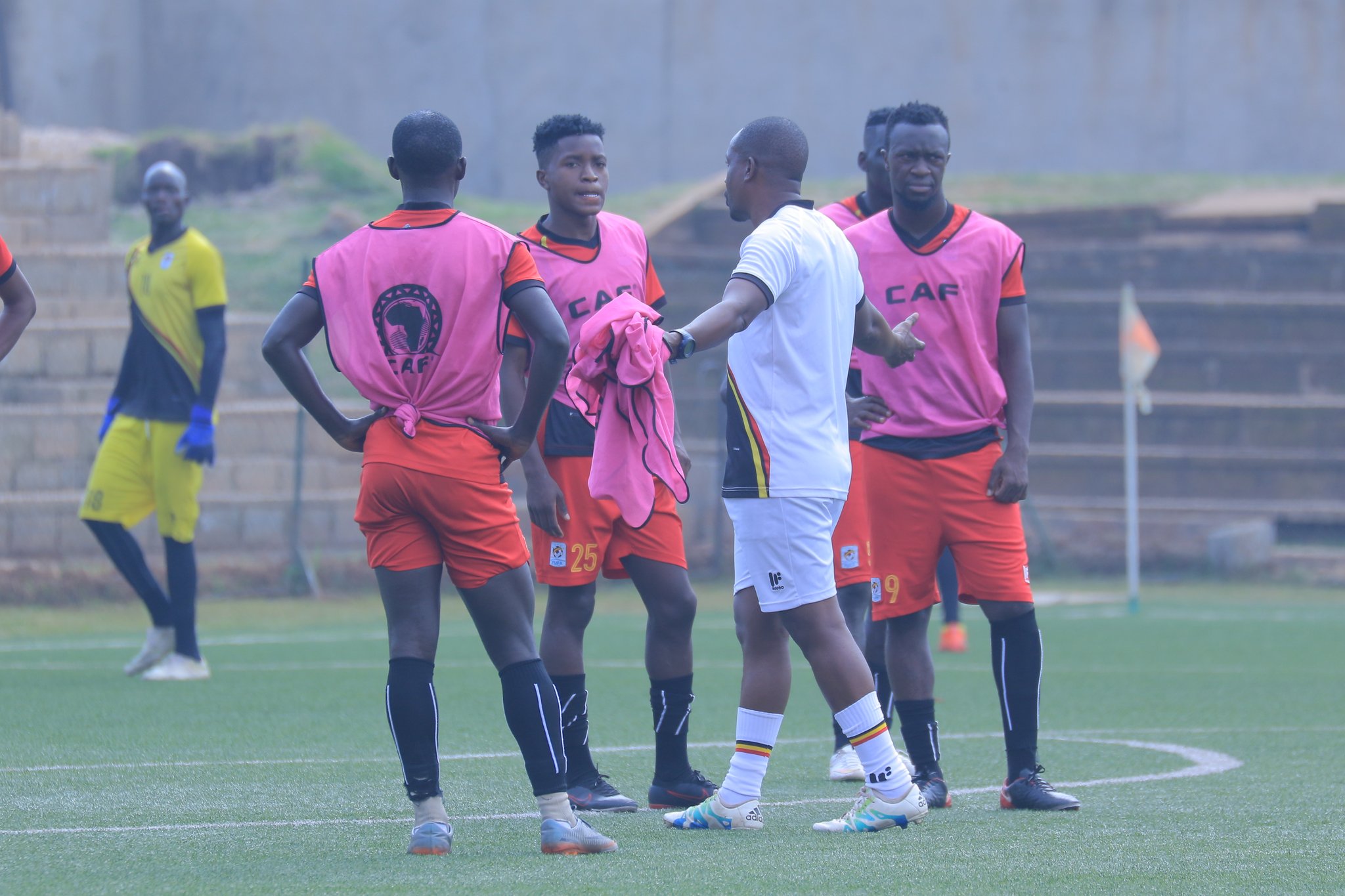 LUGOGO – The Uganda Cranes will be hoping to ensure qualification when they take on Somalia in the return leg of the CHAN 2020 Qualifiers.

Abdallah Mubiru’s side have a commanding lead in the tie having defeated their counterparts 3-1 in the first leg played in Djibouti.

However, they are not taking Somalia for granted as Mubiru thinks they have not yet qualified.

“We have not yet qualified so we need to fight hard for 90 minutes, play good and conquer Somalia, noted Mubiru ahead of the game.

“However, i am confident that the players we have will enable us win the game.

Mubiru took over the interim Cranes coaching role after the departure of Sebastien Desabre following Uganda’s exit from the Africa Cup of Nations 2019.

The Police FC tactician has now been with the team for three weeks, a period he thanks God for.

“We are now ready and grateful that we have finished our preparations for the Somalia game, continued the former Vipers SC and KCCA FC coach.

“We thank God for enabling us to get the time to prepare.

“The team is in good condition which gives us confidence that we shall be able to compete ably with our opponents.

The Cranes entered into the tie as overwhelming favourites to progress to the next round and have so far not disappointed.

The only issue that has bothered them is that they will miss two important players for the return leg.

Eversince they returned from the first leg, defender Timothy Awany and midfielder Tadeo Lwanga have not been part of the team. The duo who are on the verge of completing moves away from Uganda have been deemed ineligible to feature.

Awany is set to move to Israel’s Ashdod while Lwanga is understood to be finalizing a deal with an unnamed Egyptian side.

With the two off the team, Proline FC’s Mustafa Mujuzi has been handed the captain’s armband and he claims the team is ready to win the game and contest.

“We are ready to win the game because we are all in good shape and we are following closely the tactics given to us by the technical team, said Mujuzi after Friday’s last training.

For Somalia, they have a mountain to climb that is if they are to upset the odds and qualify.

They have never reached the CHAN finals’ and must have felt hard done by the draws after landing Uganda.

They have been in the country since Thursday and held their last training at Lugogo on Friday afternoon.

Uganda and Somalia rarely meet despite featuring in the same region. Since 2009, the two nations have met just three times.

In those three meetings, one of which was in a friendly and another at CECAFA Cup, Uganda has three victories while Somalia have not tasted a win.

Uganda has scored 11 goals in the two games whilst conceding just one.

Somalia heads into the game having lost all of their last five CHAN qualifiers. In those games, they have conceded 13 goals whilst scoring just two.

For Uganda, they have won only one of their last 5 CHAN games including both the finals and qualification (D1 L3).

However, in qualification, the Cranes have lost just one of their past five (W3 D1).

I am not going to give in to pressure: Kachumbali singer scoffs at netizens calling him a one hit wonder