His Excellency President Yoweri Kaguta Museveni is set to host the Uganda Cranes at his residence in Entebbe on Monday afternoon, according to FUFA.co.ug.

The President has organized the function to congratulate the team for their performance at the 2019 Africa Cup of Nations (AFCON) in Egypt.

Uganda were eliminated at the round of 16 on Friday night following a 0-1 loss to Senegal.

This was the first time that the Cranes have made it out of the group stages since reaching and losing the final in 1978.

Their record at AFCON 2019 stands as; Played 4, Won 1, Drew 1 and lost Two. The team scored three goals and conceded five.

In their first game, Emmanuel Okwi and Patrick Kaddu both scored as they overcame DR Congo 2-0.

They then went on to draw 1-1 with Zimbabwe, a game that saw Okwi score his second goal of the competition.

Up next was a date with the hosts-Egypt which ended in a 0-2 loss in a game that many thought Uganda did not deserve to lose after an impressive display throughout the 90 minutes.

By the end of the group stages, Uganda ranked second in Group A with 4 points, five behind leaders Egypt.

They then qualified for the round of 16 where they faced off with Senegal but Liverpool’s Sadio Mane ensured their journey did not continue as he scored the only goal of the day, thus eliminating Sebastien Desabre’s side.

After the performance they have showcased in the last few weeks, they have been rewarded with meeting the President at 4 pm on Monday.

They have in the past met the president who has gone on to make several offers for them, including buying the Cranes a Bus, which he delivered early this year.

The team is believed to have arrived back in the country today (Monday) morning after leaving Cairo last night aboard Egypt Air.

Motion to censure Tumwine fails as some MPs withdraw their pursuit 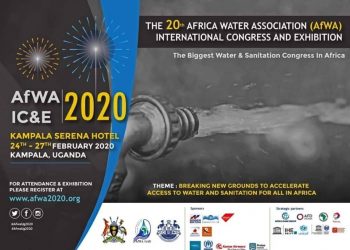