Uganda’s hopes of reaching a first-ever semi-final at the Netball World Cup were ended by South Africa on Wednesday night.

The She Cranes went into the game knowing that defeat would see them fail to reach the last four once again and could not cope with the Proteas in the end.

The gulf in quality between the two sides was evident from the start as Leniz Potgieter and Maryka Holtzhausen were clinical, ensuring the Proteas take the first quarter 19-10. She Cranes looked out of sorts with Captain Peace Proscovia struggling to get her self free.

Vincent Kiwanuka’s side came back for the second quarter in inspired fashion with both Proscovia and Stella Oyella shooting at 100% and were rewarded with a 13-12 victory which ensured they trailed by 8 goals going into the long break.

That disadvantage was temporarily reduced to 6 but Uganda couldn’t hold off the rampant Potgieter and Holtzhausen as they lost the third 10-15.

From there onwards, the She Cranes looked like a lost sheep as they were humiliated 21-07 in the final quarter en route to a 40-67 loss in the end.

This is Uganda’s second loss at the Netball World Cup 2019, having gone down to England in their first game of the tournament.

It means that they can only fight to better their 8th place finish at the 2015 edition and will take on Jamaica on Thursday in their final preliminary second-round game.

“We are going to come back strong, we are playing Jamaica tomorrow,” Assistant coach Nelson Bogere said after the game.

“It wasn’t an easy game, we lost track in the middle. We kept changing the combination, but all in vain.”

The other Netball World Cup results on Wednesday

-Trinidad and Tobago vs Scotland 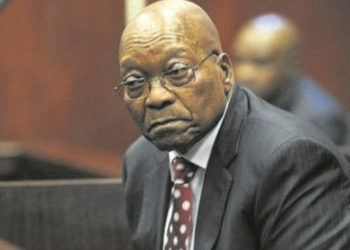