Who will be suffering from fatigue? What you must know ahead of AFCON 2019

beIN Sport – Who will be suffering from fatigue?

-Summer 2017 was the last summer without a tournament involving African players – Kalidou Koulibaly (9,568 minutes) is the only African player to have played more than Mohamed Salah (9,379 minutes) during this time period. Sadio Mane (9,059 minutes) is fourth on the list.

-Salah has played the equivalent of 2.7 seasons in Premier League minutes since his last summer ‘off’ – there has been a total of 6,840 minutes of Premier League football played between summer 2017 and summer 2019. During that period, Salah has played an additional 2,539 minutes of football, through his participation in European, domestic and international cup competitions.

-Manchester United, Liverpool and Tottenham target, Kalidou Koulibaly, has played the most minutes – if Koulibaly does join a Premier League club, the club will be purchasing a player who has clocked more minutes for club and country than any other African player since the summer of 2017.

-Arsenal transfer target, Franck Kessie, will also head into the AFCON fatigued – Kessie has racked up 9,181 minutes; 8,461 of those minutes came domestically for AC Milan.

Which clubs are best represented at the tournament?

-The French league (90 players) is the biggest source of players playing in the AFCON – this is followed by South Africa (46 players) and England (42 players). The French league has three times as many players represented as fourth-placed Turkey (30 players).

-There are 21 Premier League players participating in the tournament in Egypt – Crystal Palace have 4 players at the competition (Zaha, Sako, Ayew and Kouyate), the most of all Premier League clubs, while Liverpool have 3 players (Salah, Mane and Keita).

Who will be the most relieved that the tournament has moved to the summer?

-Salah, Mane and Keita played a staggering 20.5% of Liverpool’s minutes last season – if they had disappeared in January last season, it could have had a serious impact on their challenge for trophies.

-Liverpool, followed by Crystal Palace, are the clear beneficiaries of the competition’s move from the January to the summer – Zaha, Sako, Ayew and Kouyate accounted for 16.4% of Palace’s minutes in the Premier League last season.

African players and nations in the Premier League

-Chelsea have given the most appearances (1,226 appearances) to African players in Premier League history – they also gave the fewest (0 appearances) out of the top 6 in the 2018/19 season.

-Just under 40% of the total amount Liverpool goals scored by African players in the Premier League came in the 2018/19 season (47 goals) – with two of Liverpool’s front three hailing from the continent, they are rising rapidly up the list.

-In terms of goal-scoring, more than 1,000 Premier League goals have been netted by Nigerian, Senegalese or Ivorian players – Ghanaian players are the only other nation who have scored over 100 goals. 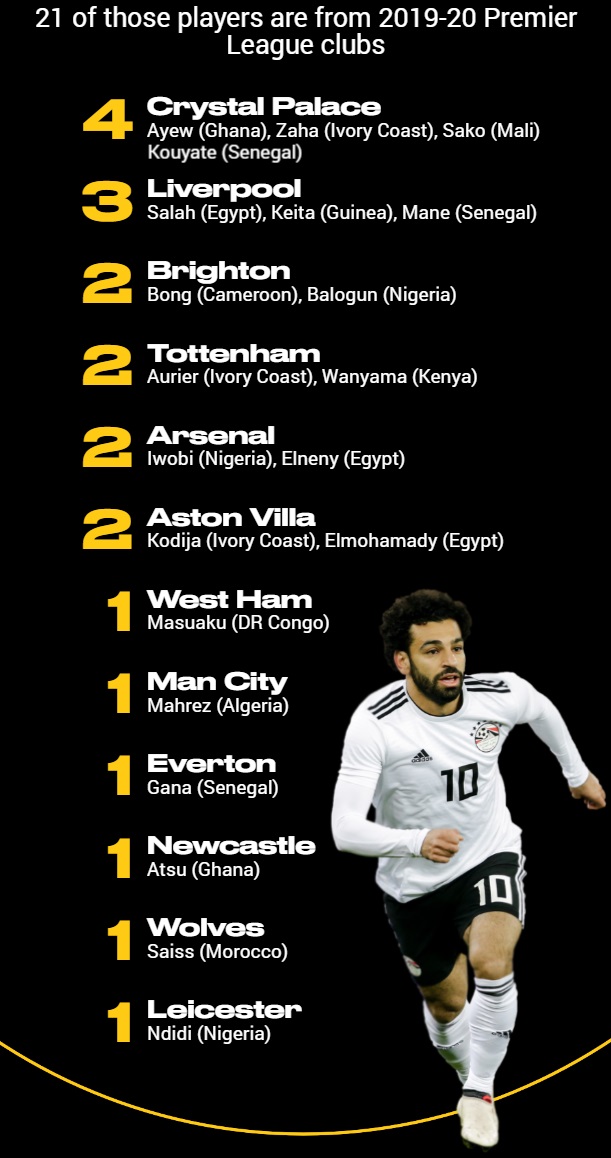 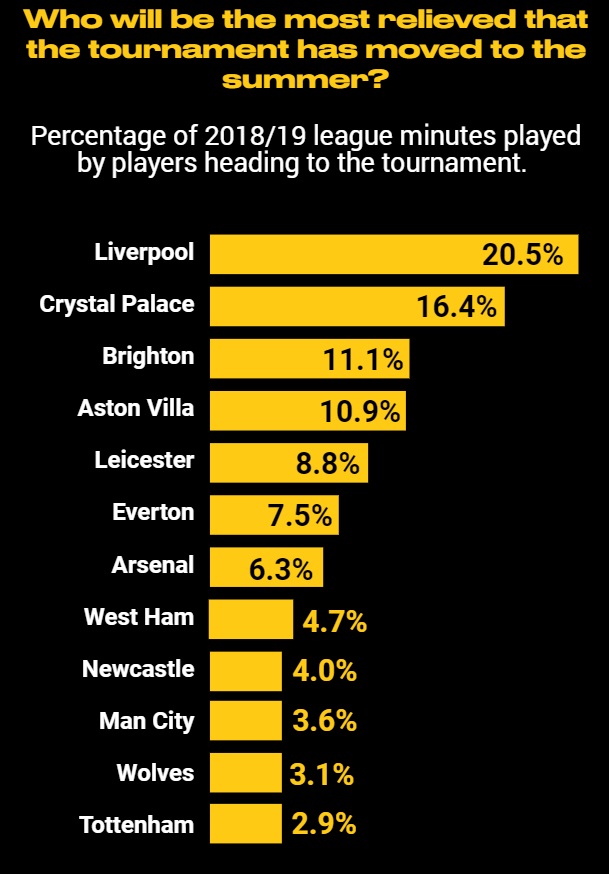 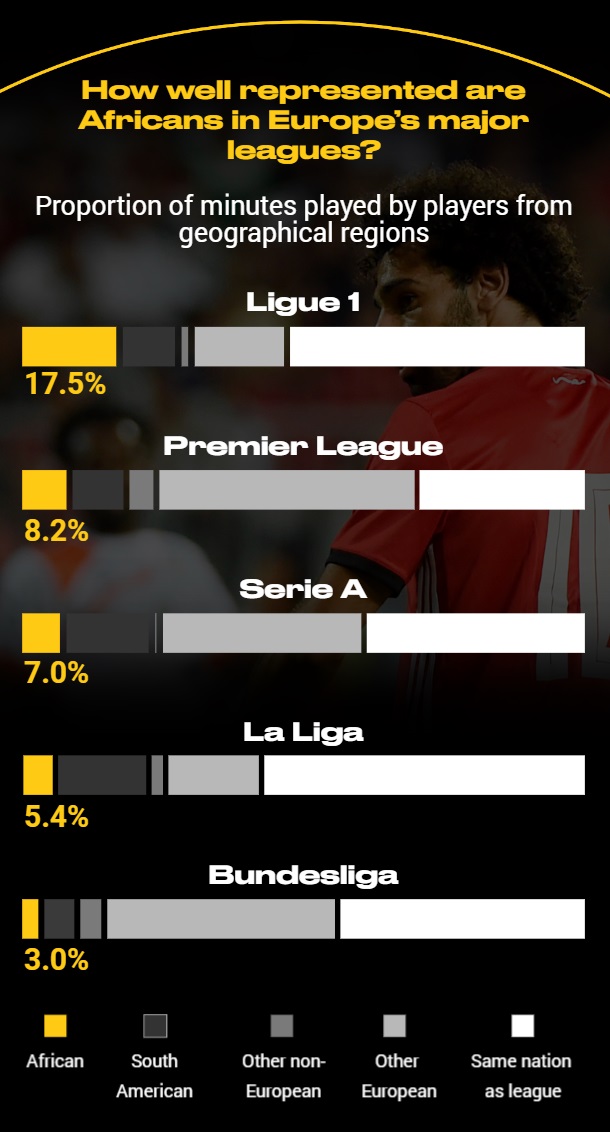 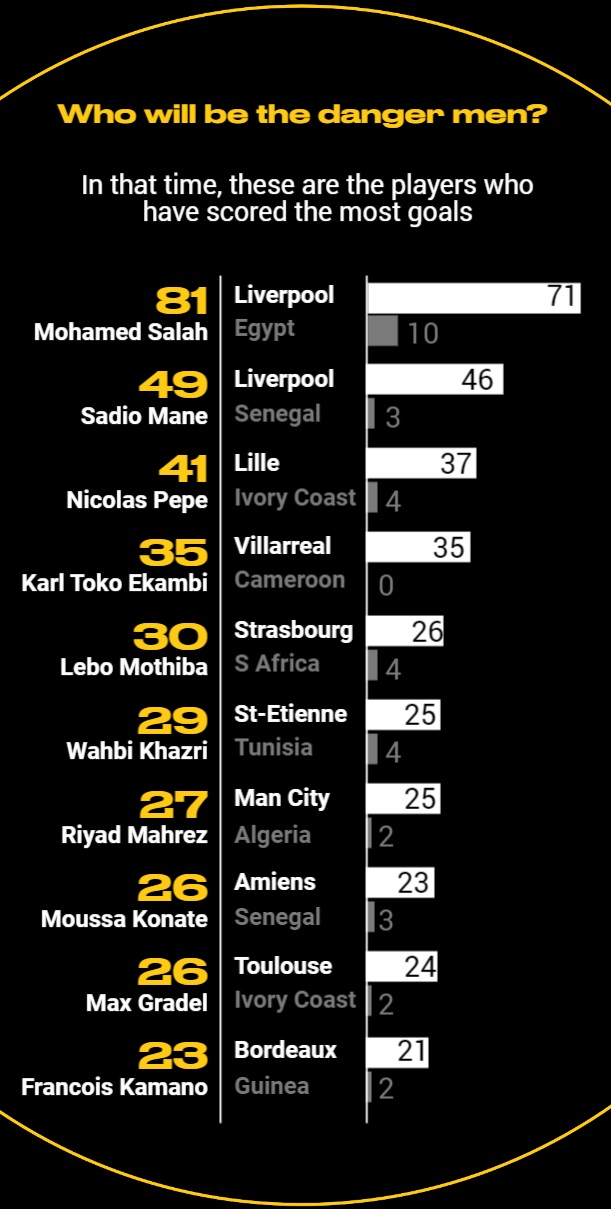 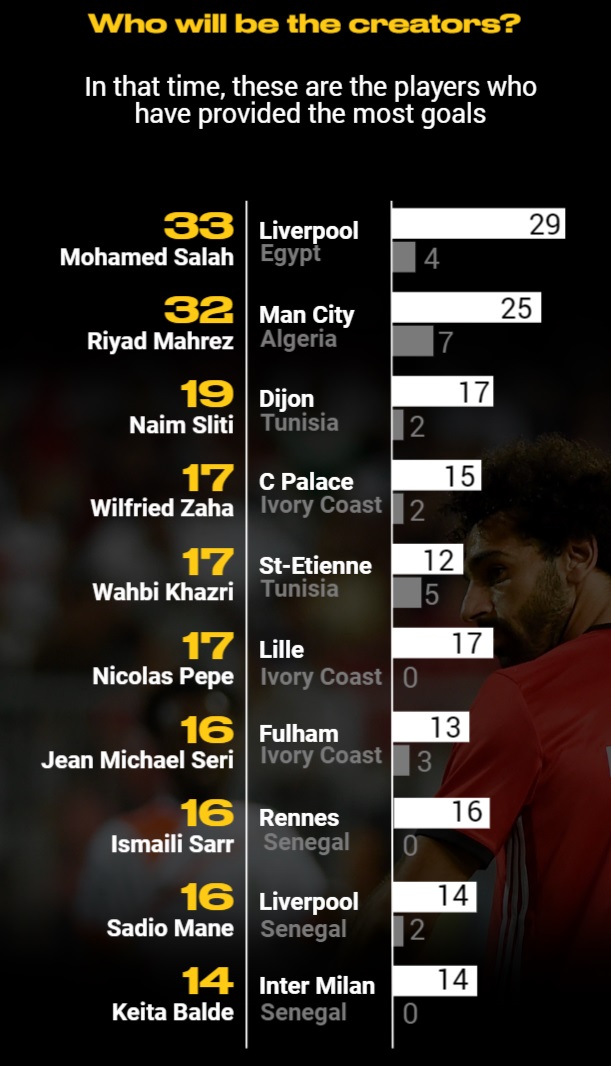