In one of the two Men games played on the day, Warriors continued with their impressive start to the current season, defeating Ndejje Angles 72-41.

Michael Bazangu came off the bench to steal the show as the Congolese import throw-down a game high 15 points on the day.

It was a game that Warriors dominated from start to finish, despite temporarily falling behind in the first three minutes.

After Samuel Ajack and Godwin Muhamireho combined for the game’s two baskets to put Ndejje 4-0 up, Warriors rallied to take the first set 14-12.

Ronnie Mutebi’s side never looked back as they went on to win the second set 16-14 and ensured they held a four point lead at half time with the score-board reading 30-26.

After the break, Ndejje was blown away by Warriors’ effective offence and defence. With Mutebi’s side posting 27 points and only letting in four at the other end.

Daniel Gaaki, Chris Omanyi and Imran Samed were the other Warriors to join Bazangu into doubel figures in terms of scoring as they managed 10, 13 and 10 points respectively.

For Ndejje, only Innocent Ocehra managed to breach the 10 point mark in terms of scoring as he posted 15 points.

This is Warriors’ 10th victory of the season and the first in as many games in the second round.

Ndejje on the other hand, suffered their 7th loss of the season and their 7-5 record is only good enough to see them maintain 7th on the 12 team standings.

In the other Men’s game played on Sunday, JKL Dolphins defeated Sharing Youth 53-51. 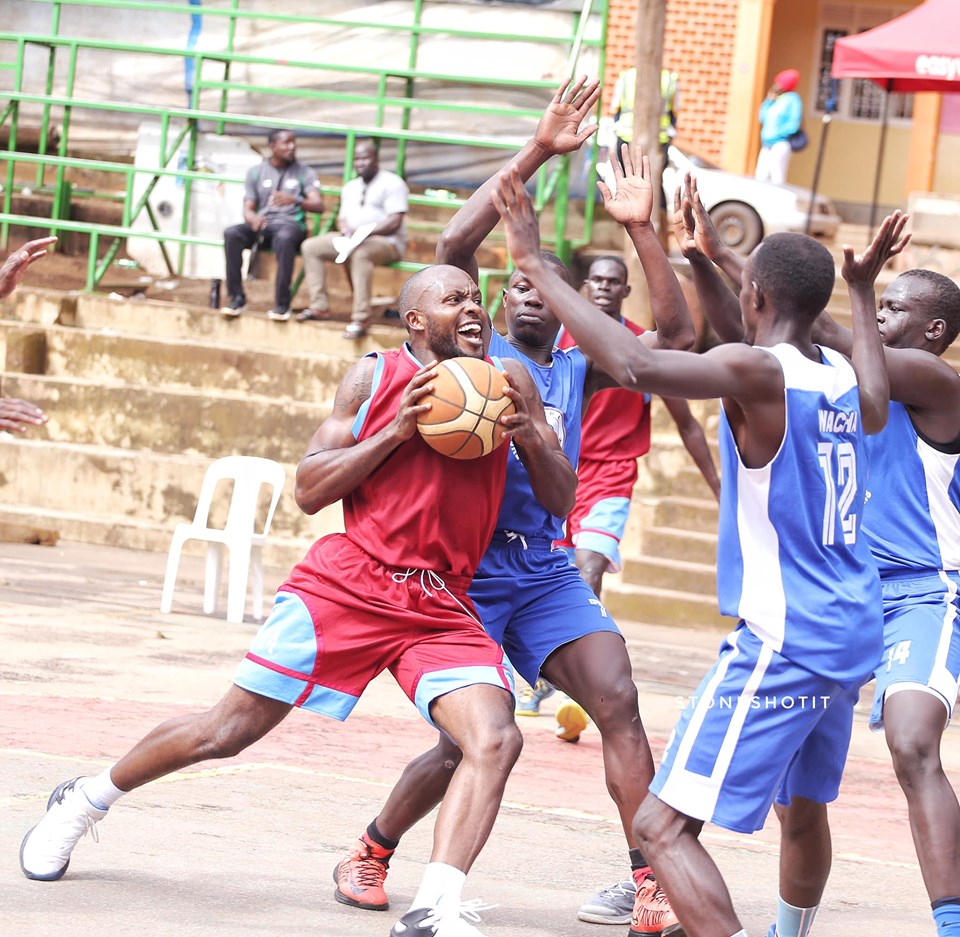 Daniel Monoja put up a staring performance, registering a double double of 13 points and 10 rebounds for JKL.

It was a scrappy affair as the lead changed times over and over throughout the contest. After the first 10 minutes, JKL were trailing by one (13-14).

However, Henry Malinga’s side bounced back to take the second quarter 15-12 and in the process, lead 28-26.

JKL continued to out play Sharing and also took the third 13-10, heading into the last 10 minutes with a slender 41-36 lead.

JKL did a good job seeing out the game as they controlled the fourth and never looked like relinquishing the lead. In the end, Sharing won it (4th), 15-12 but lose the game 53-51.

Substitute Daniel Oranga managed 15 points on the night, the only other Dolphin to manage double figures on the night.

For Sharing, Ceaser Kizito (10) breached the 10 point barrier in terms of scoring. Emmanuel Okumu was impressive though, collecting a game high 12 rebounds.

The result means JKL climbs into 5th with an 8-3 record while Sharing remain 8th having won only three of their 11 games so far.

In the Women division, JKL Lady Dolphins made it 10 wins in as many games following a 65-48 victory over Nkumba.