MBARARA – It will be a tale of contrasting emotions when Nyamityobora host KCCA FC at Kakyeka on Wednesday afternoon.

Nyamityobora are already preparing for life back in the Big League after they were relegated last week.

The sort of season that the Mbarara based side have endured will be haunting them back into the second tier and throughout the last two games of the 2018/19 StarTimes Uganda Premier League.

Two games into the Campaign, the then newbies suspended their Captain Henry Wamala along with two other players, over allegations of match-fixing.

From then, the club never became stable as players consistently went on strikes and other forcing moves away from the Ben Misagga financed side.

In the 7 months that Nyamityobora have been in the top flight, they have used up to three coaches. James Odoch who guided them to promotion was fired before the end of the first round, up stepped Asaph Mwebaze who also threw in the towel just months into the role, handing the ruins over to Alex Isabirye.

By the time of Isabirye’s arrival, it was adamant Nyamityobora would play in the Big League the following season, a situation that the former Uganda Cranes international turned into reality.

Wednesday’s game presents an opportunity for the Abanyakare to go down with dignity, that is if they can stun KCCA at Kakyeka.

The situation that KCCA are currently in, can indeed allow for such a result as the Kasasiros have already secured the League title and it is then that complacency tends to set in.

However, their head coach Mike Mutebi has other ideas.

“We want to win the game but on top of all, win in a beautiful fashion by scoring many goals, said Mutebi ahead of the game.

“We will approach the game like we also approach all the other games and try to win it.

“We have a target to reach in terms of points and a win at Nyamityobora helps us come closer to it.

KCCA will be expected to make major changes to their team with the likes of Sadat Anaku, Jamal Maliyamungu and Eric Ssenjoba starting. However, they are still without the injured trio of Mike Mutyaba, Julius Poloto and Muwadda Mawejje.

This will be only the second ever meeting between Nyamityobora and KCCA FC.

The first and only one saw KCCA wallop Nyamityobora 6-1 back in November last year.

Nyamityobora come into the game having lost four of their last five games whilst drawing the other. Their last victory was the 1-0 win over Onduparaka on March 3rd.

At home, they are currently on a two game losing streak, losing 4-0 against Maronns and then 3-0 against Tooro United.

For KCCA FC, they come into the game without victory in any of their last seven games (W4 D3).

Away from home, the Kasasiros have drawn five of their last 7, winning the other two.

Away to the other two teams in the relagation zone, KCCA have collected four points from a possible six. They defeated Paidha 2-0 and then drew 1-1 at Ndejje University. 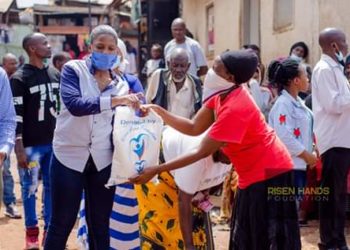