MUKONO – Proline moved closer to a first ever Uganda Cup final following a 2-1 win away to Kyetume in the semi final first leg.

In the game played at Nakisunga playgrounds on Monday, Proline raced into a 2-0 lead.

First it was Ibrahim Bonyo who slotted in the opener on 24 minutes after he was played in by another Ibrahim, Wamanah.

Mustafa Mujuzi doubled the visitors’ advantage in the second half, from a beautiful free kick that left Kyetume goalkeeper Ismail Zziwa rooted to the spot.

Later on in the game, Robert Ssentongo halved the deficit off an Elkanah Ndugwa lobbed pass that caught Proline’s defence flat.

“It’s a big win for us, said Proline’s coach Shafic Bisaso after the game.

“We benefited from the little we know about our opponents but it is not yet over as there are still 90 minutes away.

Proline who eliminated Vipers will have goalkeeper Hassan Matovu to thank after the KCCA FC loanee kept out three rocket freekicks from Benon Tahomera.

Proline could have sealed it there and then but Bonyo who was freed by substitute Bright Anukani, fluffed his keeper-to-beat attempt over the bar. 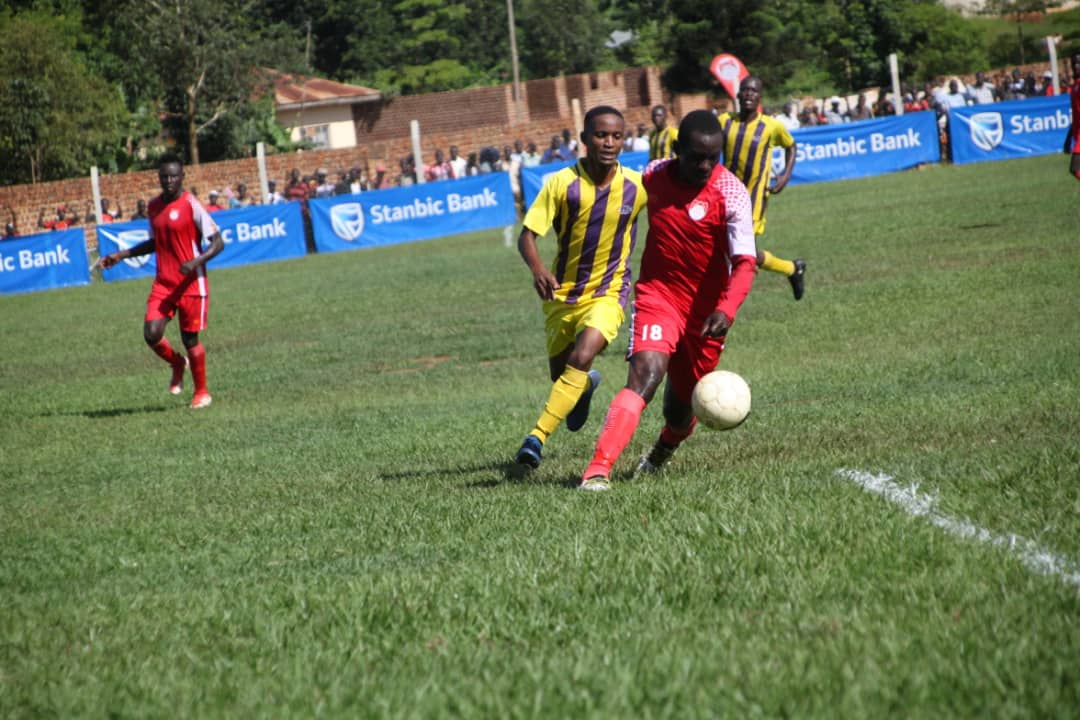 In the end, Proline walked out of Nakisunga with their heads held high after registering a vital win away from home.

The two sides will clash again in the return leg at Lugogo earlier next month.

The other semi final first leg between Bright Stars and Express ended 1-1 at the Champions Stadium in Mwerere, on Sunday.