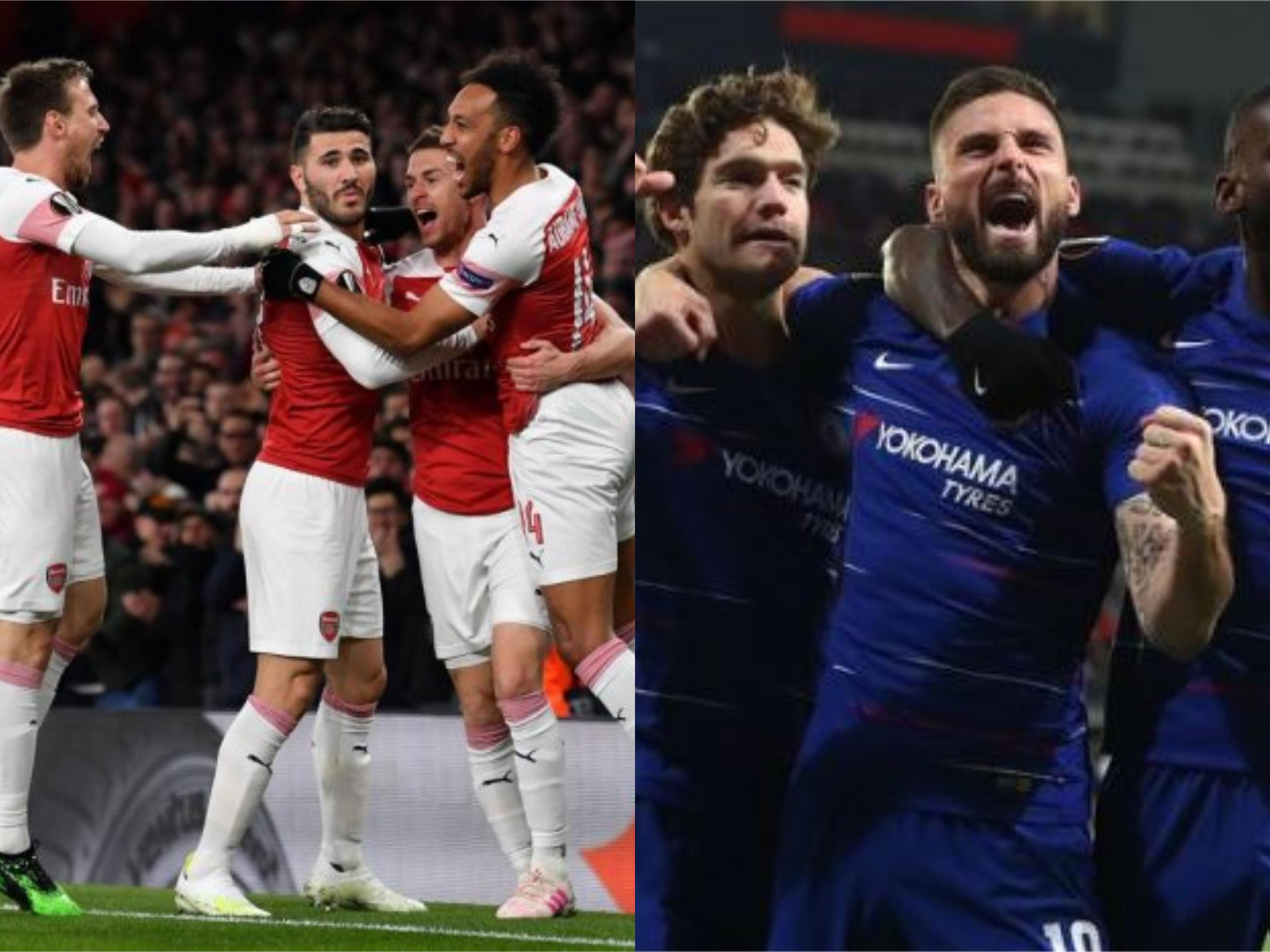 Chelsea defender Antonio Rudiger is set to miss the match with a minor knee injury picked up in Sunday’s defeat by Liverpool. Gary Cahill, whose last appearance was in November’s win over PAOK Salonika, could be on the bench in his absence. Midfielder Ethan Ampadu and defender Marcos Alonso are both doubts.Olivier Giroud could start up front as he did in Chelsea’s 1-0 first-leg win. David Luiz is likely to be partnered by Andreas Christensen in the centre of defence.

Chelsea’s only previous European meeting with Slavia Prague was their 1-0 first-leg victory. Slavia Prague are winless in their last eight European meetings with English clubs (W0 D2 L6) since winning 2-1 at home to Leeds United in March 2000 in the Uefa Cup. Chelsea have won 10 of their 11 Europa League matches this season (W10 D1 L0) – no English side has ever won 11 major European games in a single season (also Man Utd in 2002-03/2016-17 and Newcastle United in 2004-05 on 10 wins). Slavia Prague have overturned a first-leg deficit on four of the 12 occasions this has occurred in major European competition, although they have been eliminated on all four occasions they’ve lost the first leg at home. Willian has provided seven Europa League assists for Chelsea this season, the joint-most in the competition along with Bate’s Igor Stasevich.

Midfielder Lucas Torreira has travelled with Arsenal for their Europa League quarter-final second leg at Napoli. The Uruguay international has been struggling with a groin injury and was substituted at half-time in the 1-0 win over Watford on Monday. Defender Sokratis Papastathopoulos may also return for the Gunners after being suspended at Watford.

Napoli are likely to be without midfielder Amadou Diawara and Spain defender Raul Albiol.

Napoli’s only previous home match against Arsenal was in the 2013-14 Champions League group stage, winning 2-0.

Napoli have been eliminated on the past eight occasions they’ve lost the first leg of a major European knockout match, last overturning a first leg deficit in the 1988-89 UEFA Cup quarter-final against Juventus (0-2 first leg, 3-0 second leg).

Arsenal’s last away match in Italy was at the last-16 stage of last season’s Europa League, winning 2-0 against AC Milan. Arsenal’s 2-0 win in the first leg was the 17th occasion the Gunners have won the first leg of a major European knockout match by two or more goals – they’ve progressed on each of the previous 16 occasions. Unai Emery has won 25 matches in the Europa League knockout stages – more than any other man

Valencia boss Marcelino does not have many pressing concerns hampering his preparations for the visit of Villarreal. On Thursday, the Valencia boss will definitely be without just two first-team players, with Geoffrey Kondogbia out with a thigh injury, while Cristiano Piccini is recovering from an illness.

Villarreal does not have any fresh injury concerns to deal with. In fact, they have greeted some positive news this week, with Jaume Costa (hamstring) and Javi Fuego (illness) both receiving the medical all clear to return to action. The Yellow Submarine now have just Daniele Bonera (hamstring), Miguelon (back) and club captain Bruno Soriano (leg) remaining on the treatment table. Alvaro Gonzalez will also be unavailable for the second leg, having picked up a suspension due to accumulation of yellow cards.

Valencia are yet to be beaten by Villarreal in three previous meetings in European competition, with El Submarino Amarillo only managing to score once (W2 D1). Valencia have a strong record at Mestalla against fellow Spanish sides, having been beaten just once in eight such fixtures (W6 D1). Los Che though, are hoping to bring an end to their Spanish curse in the UEFA Europa League, having been eliminated from each of their four previous campaigns in the competition by Spanish opposition – Atletico Madrid in the 2009-10 quarter-finals and 2011-12 semi-finals, Sevilla in the 2013-14 semi-finals and Athletic Bilbao in the 2015-16 round of 16. Villarreal have won only one of nine European fixtures against fellow Spanish sides and just one of four knockout ties. Villarreal have lost only one of their last 13 UEFA Europa League away matches (W5 D7) – against Lyon in last season’s round of 32 (1-3).

Frankfurt will miss out on the services of key defender Evan N’Dicka, who is suspended after picking up a red in the first leg. Gelson Fernandes, however, is an option, despite being sent off in the defeat to Augsburg at the weekend. Timothy Chandler is sidelined with a long-term injury, meaning Danny da Costa is a guaranteed starter on the right wing-back slot, with Filip Kostic likely to be deployed on the opposite flank.

Minimal defensive changes are expected from Benfica, who could once again stick to their trusted 4-2-3-1 setup. Andre Almeida and Alejandro Grimaldo have been the two ever-present figures in the Benfica backline this season and both of them will play a crucial role on the full-back slots this week.

This will only be the second-ever meeting between these two sides in European competitions. Benfica have lost their last four away matches in Germany with their win there coming against Bayer Leverkusen in the Europa League back in 2013. Since losing the 2012-13 final against Chelsea, Benfica have lost just one of their 14 Europa League matches. Their only defeat came in their last away game in the competition against Dinamo Zagreb. Frankfurt have lost only one of their 19 home matches in major European competitions, a 2-1 defeat against Palermo in October 2006 in the UEFA Cup. Frankfurt have lost their last two matches in all competitions, as many as their previous 20 outings combined.