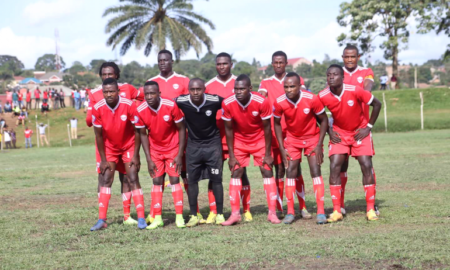 The Red Eagles took the lead through Ashraf Mugume’s own goal a few minutes into the second half but their advantage was wiped by two quick strikes from Police’s duo of Ruben Kimera and Johnson Odong later on.

Both sides were guilty of missing clear cut goal scoring opportunities with Tony Odur and Michael Birungi chief culprits for the hosts while at the other end Ronald Nyanzi should have done better.

In Wakiso, Abdul Karim Kasule scored twice in the first half to earn Fufa Big League side Wakiso Giants a 2-1 victory over visitors URA.

The entertaining game was played on a chilly afternoon in front of a sizable crowd.

The hosts were the better team in the first half and fully deserved to be in front but Sam Ssimbwa’s charges improved after the break and got their reward with a goal from Paul Mbowa.

The two sides are preparing for the highly anticipated 2018/19 campaign in their respective divisions.

Wakiso Giants will continue their preparations with another practice match away to Gomba Ssaza on Thursday.