Following the return to training of both Kroos and Modric – although the duo remain doubtful for Tuesday’s contest – defender Jesus Vallejo is the only missing link in Zidane’s squad, with the 21-year-old still sidelined due to injury. Dani Carvajal will get his first crack at PSG this year, after missing the first-leg through suspension.

For the hosts, Neymar is the most significant exclusion after it was announced he would face surgery and a three-month wait to return, with it likely Angel Di Maria will take his place. Javier Pastore, meanwhile, is the only other player doubtful within Emery’s ranks, meaning Mbappe is set to start after missing his side’s 2-0 win over Troyes at the weekend. Both experienced midfielders Lassana Diarra and Thiago Motta are available after missing the opening tie through injury.

Only 33% of teams to have lost 3-1 away in the first leg of a Champions League knockout tie have progressed to the next round (four out of 12), including three of the past four. Paris St-Germain have eliminated Real Madrid in their two previous knockout encounters (1992-93 Uefa Cup, 1993-94 Cup Winners’ Cup), both times in the quarter-finals. However, Real Madrid are unbeaten in their three previous Champions League encounters with PSG (W2 D1), conceding only one goal.

PSG will have to negotiate past such huddles like it faces tonight against the big boys if they want to start dinning with the elite in Europe. They have the players to do so but they face a team that has been there and done it more than any other in the Champions league. A win at home is very much in their reach but the 3-1 deficit may be too much to overcome

Liverpool will be without midfielder Georginio WIjnaldum and forward Ben Woodburn, who are both recovering from illness. There are no new injury concerns for Klopp, while he has insisted he will not make wholesome changes, there are likely to be a few tweaks.  Nathaniel Clyne and Adam Lallana could also be in contention. Emre Can is available after missing the first leg through suspension.

Porto have named a 20-man squad for their trip to Anfield and a number of regular players are absent. Defender Alex Telles and midfielder Danilo Pereira have not been included, while 20-goal striker Moussa Marega is out. Porto B players Luis Mata and Bruno Costa have been included in the travelling panel.

Liverpool are unbeaten against Porto, having played them five times in all competitions (W3 D2). Liverpool were one of three unbeaten teams in this season’s Champions League group stages, alongside Barcelona and Tottenham. They have never lost by more than two clear goals at Anfield in the knockout stages of the Champions League.

Liverpool’s 5-0 victory over Porto in the first leg was the biggest away win by an English side in the knockout stages of the Champions League.

This is one of the ties that were ended in the first leg and Porto is unlikely to get even a draw in this one too as Liverpool have been exceptional at home all season.

Tottenham will be without key central-defender Toby Alderweireld. The Belgian continues to recover from a long-term hamstring injury. Right-back Serge Aurier is suspended following an accumulation of yellow cards, his latest came in Turin. Kieran Trippier is expected to start for Spurs.

Higuain faces a race to be fit to line-up against Tottenham having missed Juve’s win over Lazio on Saturday through injury. Returning for Juventus will be star man Paulo Dybala and key midfielder Blaise Matudi. Meanwhile, the Bianconeri will be without Federico Bernadeschi, Juan Cuadrado and Mattia De Sciglio.

Allegri will be looking to devise a plan to prevent Spurs from taking a hold of the tie as they did for large parts of the first-leg in Turin.Juventus came out all guns blazing and looked too much for Tottenham to handle. But following Gonzalo Higuain’s second of the evening, the Italian champions invited far too much pressure on to themselves allowing Pochettino’s team a way back into the game.As the whistle for full-time sounded, Allegri reflected the emotions of the home support. He stormed down the tunnel, hugely disappointed with his side’s carelessness. Juventus will need to seek a different approach in order to reach the quarter-finals of the competition.

Fernandinho and Benjamin Mendy are both sidelined for Manchester City, whilst the doubtful Raheem Sterling is unlikely to be risked. Gurdiola is expected to make major changes to his team as he looks to rest several key players.

Goalkeeper Germano Vailati and defender Eder Balanta are expected to miss out through injury, whilst Taulant Xhaka will sit out due to suspension.

It was always likely to be Manchester City progressing from this round of the Champions League, but their trip to Switzerland in February all but confirmed their place in the next stage of the competition. Three goals in the opening half and another after the break gave them a 4-0 aggregate lead going into the home leg, so there is a phenomenally slim chance of the Swiss side pulling off an upset. Manchester City did follow that victory with a shock exit in the FA Cup against Wigan, but since then they have beaten Arsenal 3-0 twice in a row and clinched a 1-0 win over Chelsea on Sunday. This has consolidated their hefty lead at the top of the Premier League and won them the League Cup, so things are still looking good for them.Basel, meanwhile, haven’t had the best period since that defeat. They have lost against St Gallen and Young Boys since then, and haven’t been in action since the 27th February due to match postponements. In fairness the Swiss side have done very well to make it this far, qualifying ahead of both Benfica and CSKA Moscow in their Champions League group and even beating Manchester United on home soil. They have scored in all but two of their seven Champions League games this season, and they will be at least hoping to find the net on Wednesday. 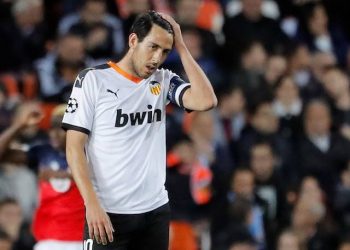 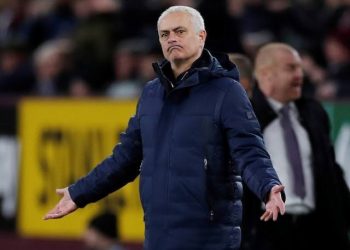