After starting strongly, Oliers won their second game against the Kansanga-based side and continue their winning run.

The two-time Zone V defending champions came into the game on the back of a 92-50 drabbing of Ndejje Angles and were highly tipped to see out the Titans.

Starters Landry Ndikumana, Stephen Omony, James Okello, Jimmy Enabu and Ben Komakech took care of business for the Zone V champions in the explosive first quarter in which they scored 26 points while limiting their opponents to just half of their score.

Titans trimmed away in the second quarter with Captain Sudi Ulanga connecting from deep to pull KIU within a point (29-30) but failed to defend their 3-point line in the final 40 seconds of the frame, letting Komakech bury from the top of the mountain and Enabu hit from the corner at the buzzer for Oilers to lead by seven points at halftime.

Offense was at premium on both ends in the third period but Oilers prevailed over Titans 9-7 to lead by nine points heading into the final quarter.

Geoffrey Omondi opened the fourth quarter with a pair from the line and Oilers’ lead was in double figures.
However, KIU fought their way back into the contest, thanks to Collin Kasujja’s defensive energy off the bench.

The guard forced Oilers into several handling errors with one of the steals leading to a 3-pointer by Ulanga which levelled the game at 51 with six minutes to play.

From that point on, Enabu and Omony took over the scoring roles for Oilers. Enabu scored 8 of his game high 16 points in that interval.

City Oilers return to action tonight against Warriors at the same venue.

ANDREW MWENDA: Inside Bobi Wine’s stunning performance and its opportunities 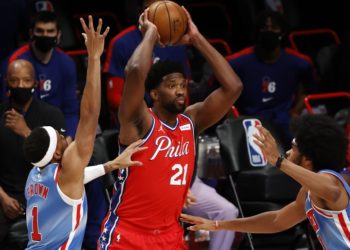 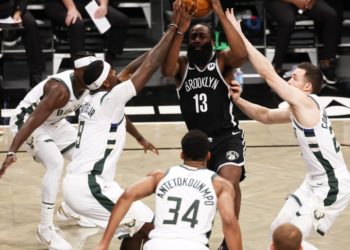