ENTEBBE – Ministry of lands and housing is set to hold an international conference on the theme of “Global Modernisation of Land Administration – Making your LIS a Success”.

Almost 200 participants from about 30 countries are expected to attend, an event that will take place on 20 and 21 February 2020 in Entebbe.

Over the course of the two-day seminar, the experts involved in the project will present the principal outcomes.

Representatives from a number of different countries who have also set up a LIS or who are interested in establishing such a tool will also be sharing their experiences.

Between 2010 and 2014 IGN FI carried out the design, supply and installation of a Land Information System (LIS) for 6 decentralised offices of the Ugandan ministry responsible for land administration affairs, and at the same time created a National Land Information Centre.

In 2015 the World Bank selected IGN FI to roll out an efficient, reliable and transparent Land Information System nationally. The two phases involved in total:

Today, 10 years after the initial launch of the project, the system is fully operational in Uganda.

It is now possible to quantify the return on investment for the Ugandan government: 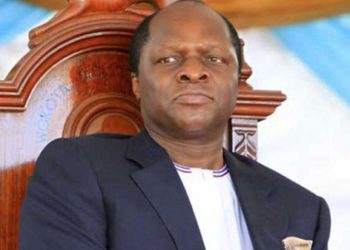