Slap in the face! Humiliation for Anite as Museveni hands management of UTL affairs to Otafiire

Ms Anite has over the last week been engaged in a war of words with Attorney General William Byaruhanga and his Deputy Mwesigwa Rukutana over the legality of her directive to remove Mr Bemanya Twebaze from the administration of UTL.

And now, President Museveni, in a letter dated 3rd July, told Gen Otafiire that no one has authority to make a decision on the fate of UTL without involving Cabinet.

It adds: “Therefore, no action, contrary to Cabinet’s position should be taken. Further, Cabinet must always be consulted on any investment or related decision concerning UTL before they are taken.”

The letter is also copied to the Finance minister, the Prime Minister and the Attorney General.

Maj Gen Otafiire, in response, directed the Registrar General to ensure UTL is not liquidated.

“I have received guidance from the President on the matter and hereby direct you as follows; UTL is of strategic importance and you are required to ensure it is not liquidated. As the administrator, you are requested to expedite the process of sourcing a strategic investor,” the letter dated 4th July reads.

The President’s directive puts to rest the matter that has been a subject of public discussion for about 10 days.

On July 1, Attorney General William Byaruhanga said Ms Anite has no powers to order the removal of the administrator of Uganda Telecom Limited (UTL), reiterating an earlier position by his Deputy, Mr Mwesigwa Rukutana.

On July 28, Mr Rukutana said he would not apply to court for the removal of Mr Bemanya Twebaze, arguing that Minister Anite has no supervisory powers over the former.

While Ms Anite immediately rebuffed Mr Rukutana’s legal opinion, Mr Byaruhanga on Monday said that the minister has no chance of winning the case against Mr Twebaze in court.

“The Minister of Finance as a shareholder of UTL has no locus to apply to court to remove the administrator and any such application is bound to fail,” Mr Byaruhanga’s letter to Finance minister Matia Kasaija reads in part.

The Attorney General reiterated Mr Rukutana’s stand, saying as per the Insolvency Act, administrators only report to creditors of the company and file the reports to court and inform the Registrar of Companies.

Mr Byaruhanga, nevertheless, said if there is any evidence that Mr Twebaze is mismanaging UTL affairs, the different government parastatals, which are shareholders of the indebted Telecom, can go to court and apply for the administrator’s removal.

Mr Byaruhanga’s opinion comes two days after the Uganda Law Society also added voice to the view that Minister Anite has no powers to order for removal of Mr Twebaze.

According to ULS, the Minister has no legal authority to order the Attorney General to apply to court for the removal of Mr Twebaze.

“Under our laws, no minister has the mandate of power to order the Attorney General to undertake any action. The Attorney General in his capacity as the principal legal advisor of the government under article 119 of the Constitution may deem any act inappropriate or out rightly illegal,” Mr Simon Peter Kinobe, the ULS President, said in a statement issued on Saturday.

“ULS therefore agrees with the Attorney General that the grounds for the removal of the administrator are specific under section 174(1) ( c ) of the Access to Information Act and that Hon Anite has presented none in this case,” he added.

Last week, Ms Anite asked the Mr Rukutana to apply to the court for orders replacing Mr Twebaze, saying that government had encountered considerable difficulty dealing with Mr Twebaze and completely lost confidence in his ability to continue serving as an administrator.

But in a letter dated June 28, Mr Rukutana said an administrator can only be removed over failure to comply with the duties imposed on the administrator under the Administration Deed, the Insolvency Act or any other law or any orders and directions of court, and that he had not found any fault on the part of the administrator that warrants his removal.

“I have taken due cognisance of the fact that the administration process has been extended on three occasions and on the last two occasions, it was done with the consent of the Minister of Finance. This consent is evidence of satisfactory performance by the administrator and the grant of an extension by court is further confirmation of this position,” Mr Rukutana says in the letter.

“Whereas some government entities may be listed creditors, they have separate legal status. Accordingly, a shareholder in this instance, the Minister of Finance Planning and Economic Development has no locus to apply to the court to remove the administrator from office,” Mr Rukutana said in a June 28 letter.

Mr Rukutana further faults Ms Anite’s quest for Mr Twebaze’s removal on grounds that it undermines a ruling by the Speaker of Parliament, Ms Rebecca Kadaga who clearly stated that administration is a court-controlled process and that neither the legislature nor the executive should interfere with.

“I accordingly advise that the Minister of Finance as a shareholder of UTL has no locus to apply to Court to remove the administrator and any such application is bound to fail,” Mr Rukutana said.

The letter indicates that any interference with the administration procedure might curtail the process of sourcing for a strategic investor which is one of the duties of the UTL administrator.

Mr Rukutana also warns that if the company shareholders frustrate the efforts of the administrator to achieve the purpose of the Administration Deed, the process may be challenged by the creditors and other shareholders and the company may end up in liquidation.

Mr Twebaze was appointed as an administrator of UTL following the exit of Ucom Limited, a Libyan firm that owned 69 percent shares in the struggling telecom company in March 2017.

Mr Twebaze is also the head of Uganda Registration Service Bureau entered into an Administration Deed and the UTL shareholders ceded to him all their powers to run the company.

Following demands by Ms Anite to have an audit carried out on UTL, the Mr Twebaze has declined the process insisting that the insolvency laws of Uganda require him to work independently of the shareholders with progress reports made every six months to the company’s creditors and submit copies to court and Registrar of Companies. 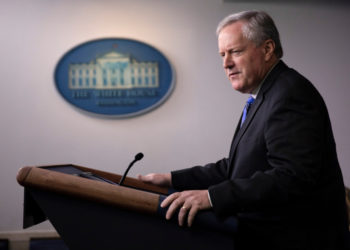 US presidential election to be held in November as planned – Officials 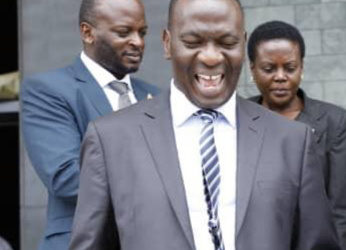