Top on the agenda, Musician-turned leading opposition figure Bobi Wine on Wednesday this week officially announced that he would take on long-serving President Yoweri Museveni in 2021 Presidential elections.

“On behalf of the people of Uganda, I am challenging you (Museveni) to a free and fair election in 2021,” said the singer, whose real name is Robert Kyagulanyi, announced at an event held at his home in Magere.

Bobi Wine was wearing a red tie and his signature red beret, which he has called a “symbol of resistance”, a look copied by dozens of his supporters at the event.

Bobi Wine has long hinted he would throw his hat into the ring and said he was “ready to take him on”, referring to 74-year-old Museveni, who plans to seek a sixth term in office in the forthcoming presidential elections.

He also unveiled a number of his national coordinators from various parties and parts of the country that subscribe to his People Power ideology.

A day after he declared intentions of taking on the incumbent in 2021, government tabled several amendments to election laws that the Kyadondo East MP claims most of the provisions are a desperate attempt to counter the crusading People Power wave.

He says that some of the proposed amendments are intended to restrict the pressure movement from getting funds for campaigns, uniting with other forces of change reaching “our people.”

Cameras and phones are banned from polling stations, “no one records evidence of rigging or captures official declaration forms.”

Thousands of Ugandans gathered at Lubaga Cathedral to welcome hundreds of delegates from African and beyond for the mass to celebrate the 50 years of Symposium of Episcopal Conference of Africa and Madagascar (SECAM).

President Museveni flanked by a number of ministers welcomed the Bishops to Uganda and presided over the historic Mass to celebrate the Bishops’ symposium in Africa.

Mr. Museveni tasked Church leaders on the Continent to ensure people are engaged in better methods of wealth creation.

He replaces Most Rev. Gabriel Mbilingi, Archbishop of Lubango, Angola, who had served a two-term mandate of six years.

In other news, Rwanda’s High Commissioner in Uganda, Frank Mugambage this week wrote to Uganda government condemning the arrest of more than 40 Rwandans in Kampala terming the erroneous act ‘ridiculous.’

Mugambage said the arrest was arbitrary adding that there have been many arbitrary arrests and this is a continuation of what has been happening.

Uganda and Rwanda have had frosty relations with Rwanda accusing Uganda of hosting elements opposed to the regime in Kigali, while Uganda accuses Rwanda of sending spies into the country.

The row between the two countries came to the climax when Rwanda closed its border and blocked its nationals from crossing to Uganda.

In other exciting news, more students from rural areas can now access reliable Internet services thanks to the intervention of Uganda Communications Commission (UCC), through the Rural Communication Development Fund (RCDF).

This follows the Eastern Uganda regional launch of the second phase of the school connectivity project under which academic institutions are supported with reliable internet services to improve the quality of education in rural schools.

Addressing a gathering of mostly school heads at the event in Mbale this week, Mr. Nyombi Thembo, the Director RCDF, said the project aims to empower students in rural areas through modern teaching methods such as e-learning, as well as ICT integration in teaching and research.

“We are launching the school connectivity project of the second phase, where we are connecting one hundred schools (100) to the Internet, delivering to them a dedicated Internet link of 5mbps,” he said.

The first phase, which saw 800 schools connected, only delivered a dedicated Internet link of 256kbps.

Also in other events that shaped the week, Mr Pius Bigirimana was transferred from the ministry of Gender Labour and Social Development to the Judiciary as Permanent Secretary, replacing Mr Expedito Kagole Kivumbi who was sent on forced leave.

In his letter dated July 26, the head of public service and secretary to cabinet, Dr John Mitala directed Mr Bigirimana to assume office as Judiciary PS with immediate effect

This comes days after Mr Kivumbi and other Judiciary officials appeared before Parliament’s Public Accounts Committee (PAC) chaired by Budadiri West MP Nandala Mafabi, for questioning over the illegal expenditure of UGX4 billion in the financial year 2017/18.

Mr. Kabushenga has since directed the Chief Finance Officer, Angustine Tamale, to deduct UGX9M from the Editors who endorsed the publication of PR stories.

He said it is one of the measures to stop passing such stories. 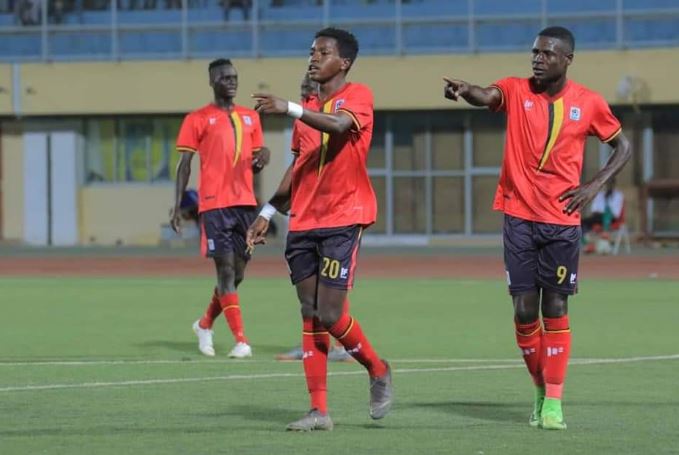 In sports, The Cranes defeated their Somali counterparts 3-1 on Saturday in a game played at the Al Haji Hussein Guled Stadium in Djibouti.

The three goals were netted by the KCCA duo of Patrick Kaddu and Mustapha Kizza who put Abdallah Mubiru’s side on the way before Tadeo Lwanga capped a fine team display with a third late on.

Somalia scored a consolation goal later through Farhan Mohamed Ahmed but it was too little too for them to redeem themselves.

The two teams will square off again at the StarTimes Stadium in Lugogo next Saturday, August 3, in a return leg.

In entertainment, Oliver Nakakande was on Friday, July 26 crowned the new Miss Uganda 2019 at a glamourous ceremony held at Sheraton Hotel, Kampala.

Ms Nakakande overcame 21 fellow contestants in stiff competition with Elizabeth Bagaya coming forth as the 1st runner – up and Mariam Nyamatte who emerged 2nd runner -up to win the coveted crown.