ARUA – Mityana Municipality Member of Parliament Francis Zaake has been re-arrested by officers attached to Criminal and Investigation Division (CID) minutes after he was granted bail by Arua Court.

After the police drive with him throughout the night from Kampala, Zaake arrived at the court at 10:40 am and produced before Chief Magistrate, Mr. Daniel Lubowa.

The charges were then read to him. He was charged with escaping from lawful custody.

He then entered a plea of not guilty. During the 20 minutes court session, Zaake was granted bail by the Chief Magistrate but with conditions of non Cash bail of She 50 million.

According to a short Video by NBS Television, Zaake moments before he has whisked away he said; “We shall overcome. We are headed to Gulu for the treason case, we shall get bail.”

Zaake had been granted a non-cash bail of Shs50M. His sureties are the LC3 Chairperson Arua Hull Division Nesmah Ocokoru and Councillor Bazaar Ward Isaac Akile.

It is still not clear why the MP was rearrested. CID spokesperson Vincent Ssekate has refused to comment on the matter.

Bobi Wine said the youthful MP was picked from traffic jam and bundled to a police van to Central Police Station (CPS) and later driven to Arua.

Zaake in December last year endured seven hours of interrogation by detectives from the Criminal Investigations Department (CID) on allegations of treason and escaping from police study following the violence in Arua Municipality by-election on August 13. 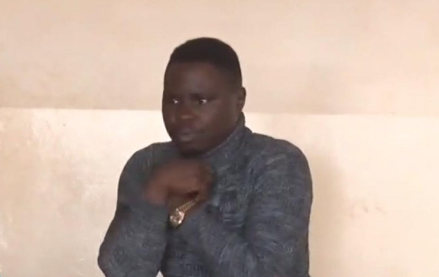 A total of 34 people including the legislators are currently facing treason charges in the Gulu Magistrates Court.

The charges followed the chaos that dominated the last day of campaigns ahead of the Arua Municipality by-election held in August.

It is alleged that Bobi Wine and his contemporaries including Zaake commanded a team of youths that obstructed president Yoweri Museveni’s motorcade and pelted stones that smashed the windscreen of one of the vehicles in his convoy.

In the aftermath, one Yasin Kawuma, a driver was shot dead.

The 27-year-old also suffered severe injuries in 2017 when armed men stormed Parliament as Opposition MPs protested against the removal of the presidential age limit from the Constitution.

At the time, he underwent treatment from the United States.