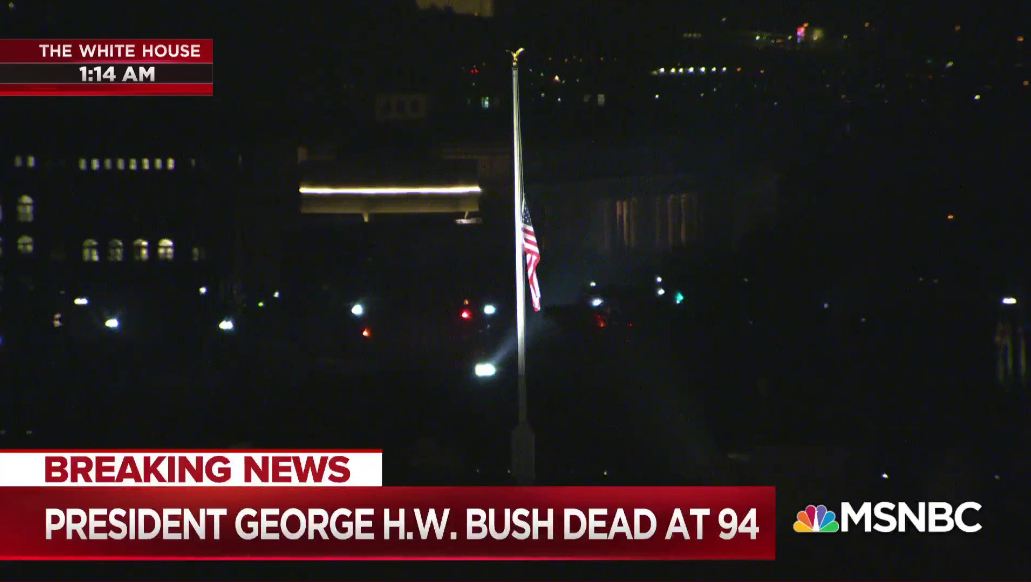 His son, former president George W Bush, led the tributes to his father.

“Jeb, Neil, Marvin, Doro and I are saddened to announce that after 94 remarkable years, our dear Dad has died,” Mr Bush said in a statement.

“George H.W. Bush was a man of the highest character and the best dad a son or daughter could ask for.”

“Through his essential authenticity, disarming wit, and unwavering commitment to faith, family, and country, President Bush inspired generations of his fellow Americans to public service—to be, in his words, ‘a thousand points of light’ illuminating the greatness, hope, and opportunity of America to the world,” said the Trumps in a statement. 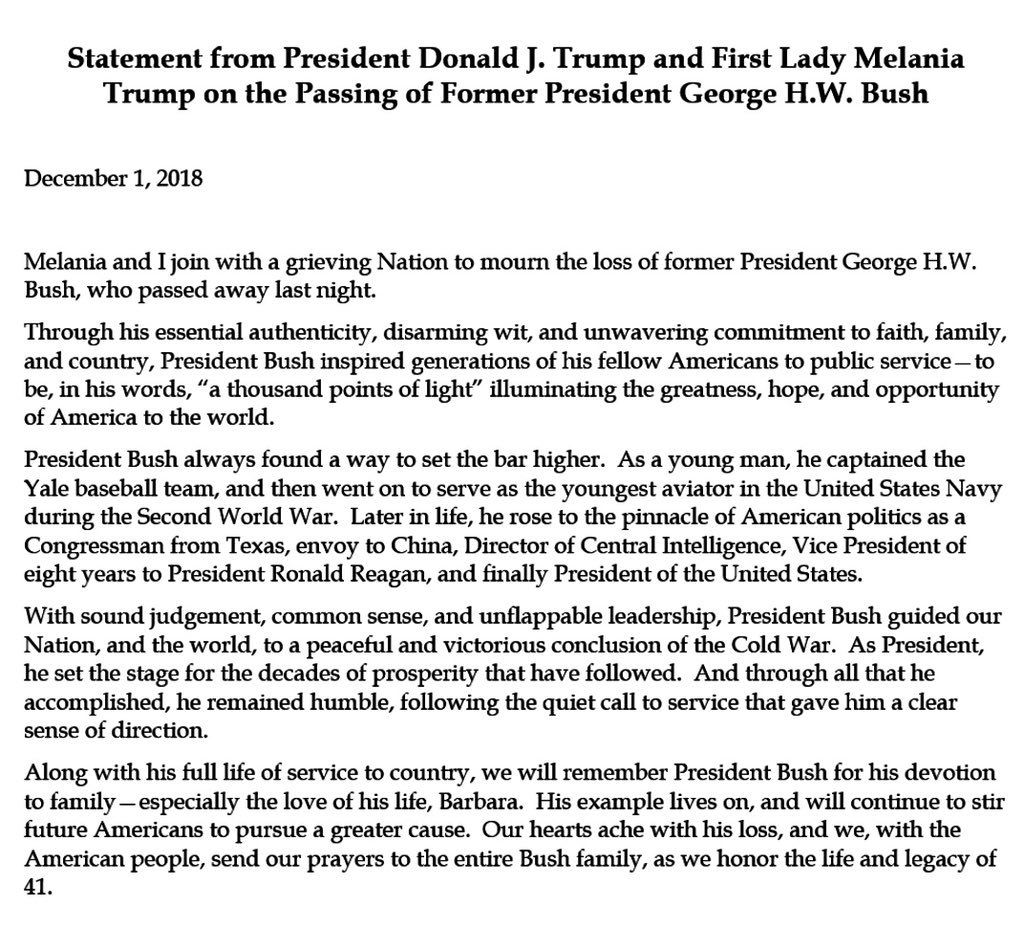 “America has lost a patriot and humble servant in George Herbert Walker Bush. While our hearts are heavy today, they are also filled with gratitude.”

America has lost a patriot and humble servant in George Herbert Walker Bush. While our hearts are heavy today, they are also filled with gratitude. Our thoughts are with the entire Bush family tonight – and all who were inspired by George and Barbara’s example. pic.twitter.com/g9OUPu2pjY

The Obamas added “George H.W. Bush’s life is a testament to the notion that public service is a noble, joyous calling. And he did tremendous good along the journey. Expanding America’s promise to new immigrants and people with disabilities. Reducing the scourge of nuclear weapons and building a broad international coalition to expel a dictator from Kuwait. And when democratic revolutions bloomed across Eastern Europe, it was his steady, diplomatic hand that made possible an achievement once thought anything but – ending the Cold War without firing a shot.”

On Uganda’s and my own behalf, I join the Americans and the rest of the world to mourn the passing of His Excellency George H. W. Bush. He was a man of outstanding political credentials, guiding America and the world towards the end of the Cold War. May his soul rest in peace.

The American flag at the White House is at half-staff following the death of former President George H.W. Bush.

“I have often told my children “If you want a role model in your life — look to President George Herbert Walker Bush. The world mourns the loss of a great American. But, it also celebrates a life well lived.”

“George H.W. Bush was an American hero and icon, he was a friend to all he met, he embodied class and dignity.”

President Clinton and Secretary Clinton on the passing of President George H.W. Bush:

“The world has lost a great leader; this country has lost one of its best, and I have lost one of my dearest friends. I am heartbroken.”

President Bush was a true friend to the UK and the trusted counterpart and confidant of two Prime Ministers. His statesmanship, wisdom and friendship will be much missed and today we send our deepest condolences to his family and to the American people.

Condolences to the Bush family and the people of USA on the passing away of former President George H .W. Bush. He was a leading statesman at a critical period of world history.

Former President George H. W. Bush was passionate about strong relations between India and USA. His presence will be sorely missed. May he rest in peace.