KAMPALA – Kampala Capital City Authority (KCCA) Executive Director Jennifer Musisi Ssemakula has announced that she will leave her position on December 15, ending seven years at the helm of the city management authority.

Ms. Musisi, in a lengthy October 15 letter to President Museveni, revealed that whereas the city authority has made tremendous achievements under her tenure, the continued lack of financial support from the central government means that the gains will be eroded.

She listed some of the achievements as road construction, construction of more health centers, building of schools and improving sanitation. 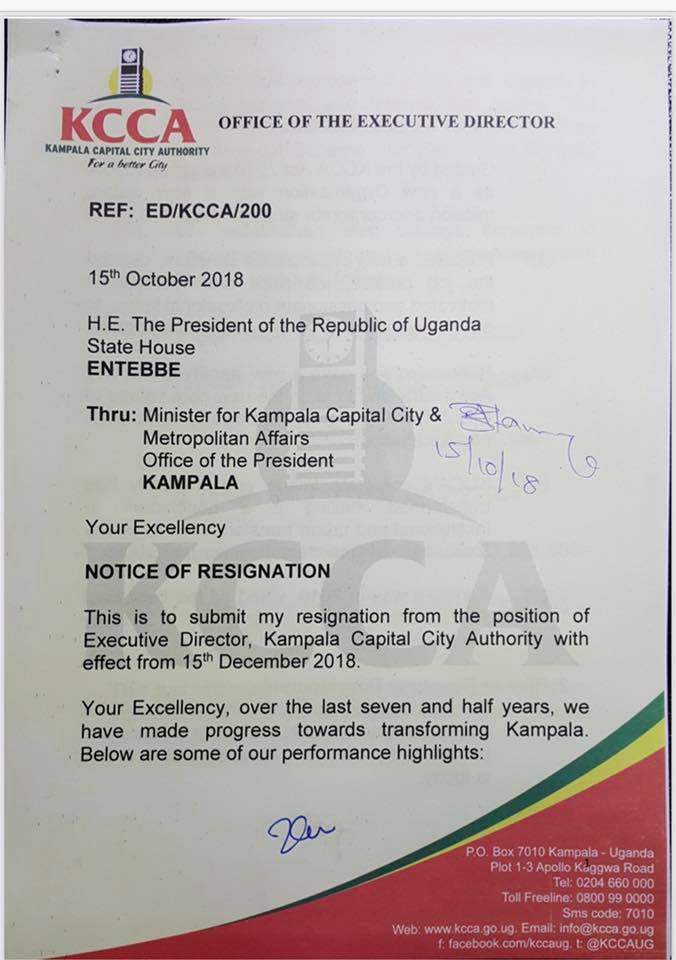 However, Ms. Musisi said with the public expectations now raised by these developments, limited funding means these expectations will not be met, a reason she said she could not continue in the position.

Speculation over Musisi’s future has been rife over some time after she complained that KCCA can no longer meet its budgetary allocations, especially after the President banned the collection of the monthly fees from taxis, from which Ms Musisi said a big source of the authority’s funds.