Amuriat was arrested as he tried to access Kasese FDC offices.  He had earlier escaped from Police at Rwimi where they had mounted a roadblock to stop him.

According to FDC Deputy Secretary-General Harold Kaija, Amuriat was heading to Kasese town, one of the leading opposition party towns for a party meeting. 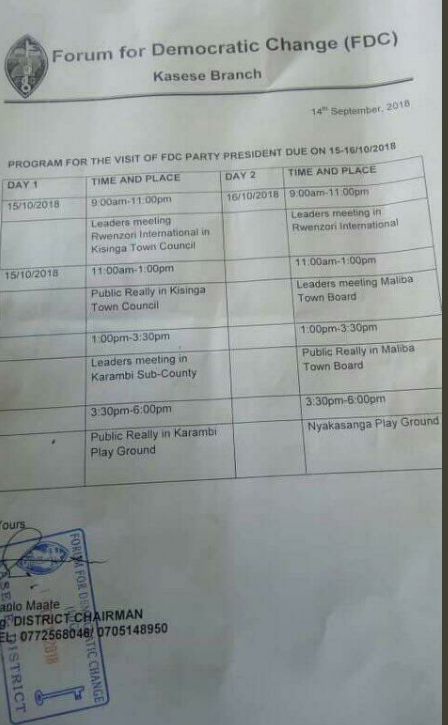 “Chairman Saulo Maate of Kasese had organized a meeting of FDC leaders in the district as seen in the program. Public Order Management Act does not in any way stop Political Parties from doing their work. POMA indicates that @PoliceUg is violating the law,” FDC tweeted.

The opposition leader was earlier stopped by Police in Rwimi, on the Fort Port Portal – Kasese Road.

Amuriat and his colleague MP William Nzoghu team tried to argue with the police officers and tried to remove the spikes that were placed across the road by police.

Kaija said that they currently don’t know where was taken.

“We are still trying to find out where they took him; we don’t know where he is,” Kaija told us.