BUSHENYI – President Yoweri Kaguta Museveni has emphasized that the only way for Ugandans to become rich is through engaging in commercial production and then supporting the East African integration to be able to widen the market for their produce.

Museveni, who is also the NRM presidential flag bearer who was accompanied by the First Lady, Janet Museveni received a heroes’ welcome from party supporters as he held meetings in Ankole sub-region with party leaders from Bushenyi, Rubirizi, Sheema, Mitooma and Buhweju districts that make up Greater Bushenyi.

Uganda’s longest serving President asked the leaders to always lead by example, noting that they can start by finding out how many villages are engaged in subsistence production and how many are doing both commercial and subsistence but with a better calculation.

The President who mostly used the Runyakole local dialect told the leaders that by doing a survey in the parishes, they can ably know how to assist the population to uplift themselves.

“When I was just 14 years old, I went to Mbarara stock farm and saw how government was doing agriculture in a modern and different way. When I later went back home in Ntungamo for holidays, I told my father we needed to do things differently,” he said.

Museveni said Ugandans need to do things differently by abandoning subsistence production to work for both the stomachs and pockets so they can be able to provide for themselves other needs other than food, including clothes and medical care which can’t be got when one is engaged in subsistence production.

President Museveni told the NRM leaders that they need to emphasize the unity of not only Uganda, but also the East African Community and Africa at large as a way of providing market for local products. 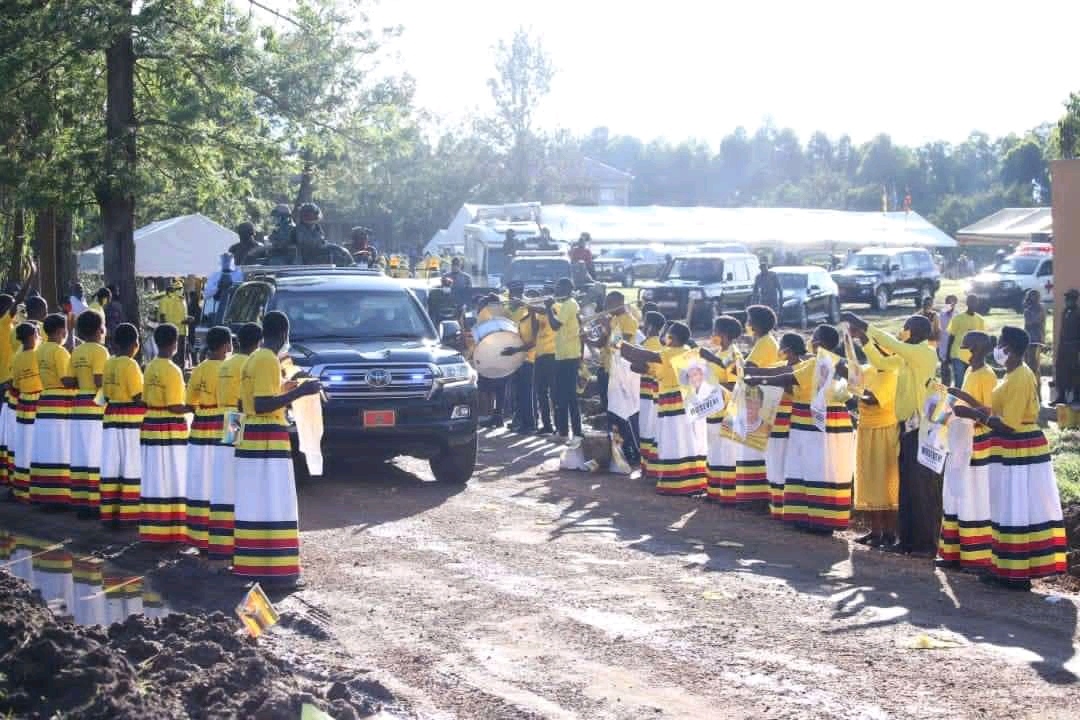 “We need to fight the issue of working for only the stomachs but if people start working for both stomach and pockets, there will be alot produced. The bananas and maize will be in plenty and this would require a bigger market,” he said.

“That’s why the NRM started long ago to warn you against sectarianism. Lets us work for unity of Uganda, East Africa and Africa to have a bigger market for the products we produce.”

At the end of his address, the NRM presidential candidate was given symbolic gifts of traditional regalia including a spear, shield, stool and drum from the leaders from Greater Bushenyi.

Earlier, President Museveni took time off his campaign trail to commission the Kashenyi-Mitooma(11.52km) and Katabi seminary access road (0.8km) whose construction was funded by government money.

Grief as former Masaka Bishop Kaggwa is laid to rest