KAMPALA – President Museveni has all but decided with bush war Comrade Col. Fred Mwesigye in the disputed Nyabushozi county NRM primaries, saying the veteran UPDF officer had won with a margin of 727 votes.

But in a September 19 letter he published on social media handles, Mr. Museveni now blames Mr. Kajwengye for causing “fujo” and disrupting voting on 28 polling stations that didn’t vote.

Mr. Museveni has now directed the Inspector General of Police Okoth Ochola to work with the Director of Public Prosecutions to prefer criminal charges against Mr. Kajwengye’s people whom he says are “criminally minded and anti-people”.

The Nyabushozi MP is the official MP of the Predident because he votes in the area. 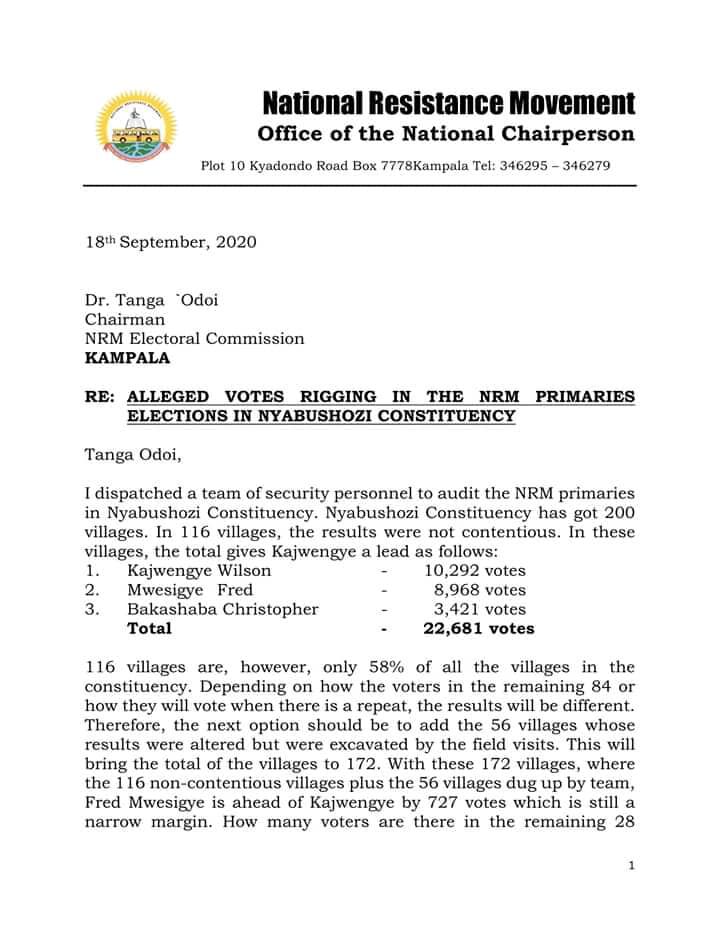 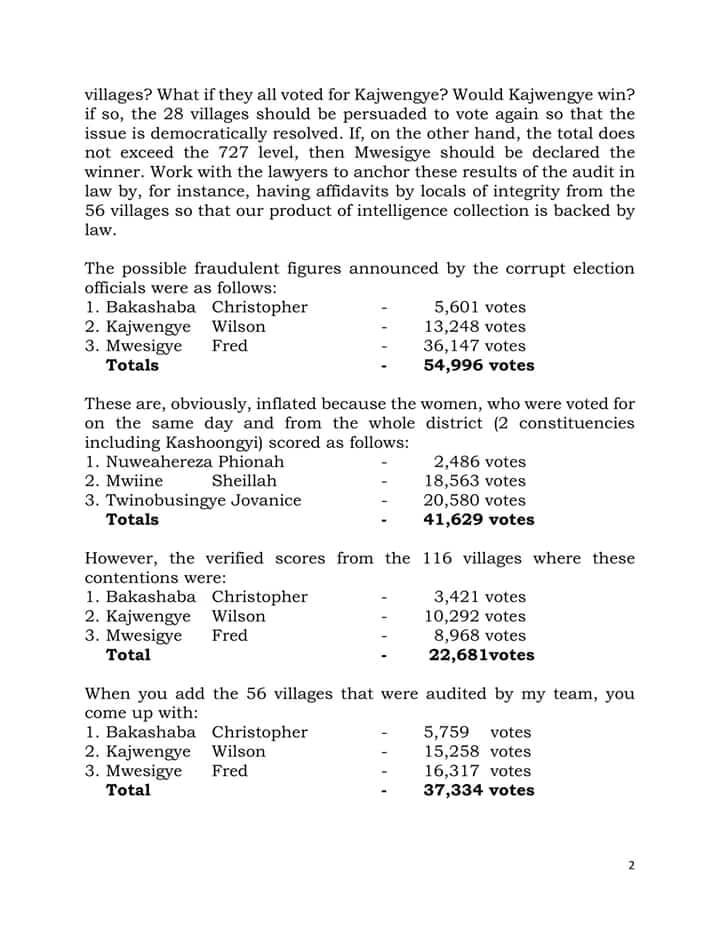