I did not send them! Museveni warns relatives causing mayhem in NRM polls as he cancels nephew Kangwagye’s victory in Bukanga

KAMPALA – President Museveni has distanced himself from his brothers and relatives causing mayhem in the NRM primary polls in the districts of Isingoro, Kiruhura, Ssembabule and Kazo, saying he is not in support of the fraud.

He wants all those involved in the fraud prosecuted.

“The IGP is directed to identify all those criminals that took part in these forgeries for criminal prosecution,” he wrote.

“Get new registrars. The audit in the other areas is continuing. What I did in the four (4) districts, should be done everywhere. The NRM Secretariat should work with the DPCs, RDCs, etc., to carry out audit in all the areas of dispute to expose the frauds. Where I judge necessary, I will send my own secret agents, like I did in the 4 districts above” he added. 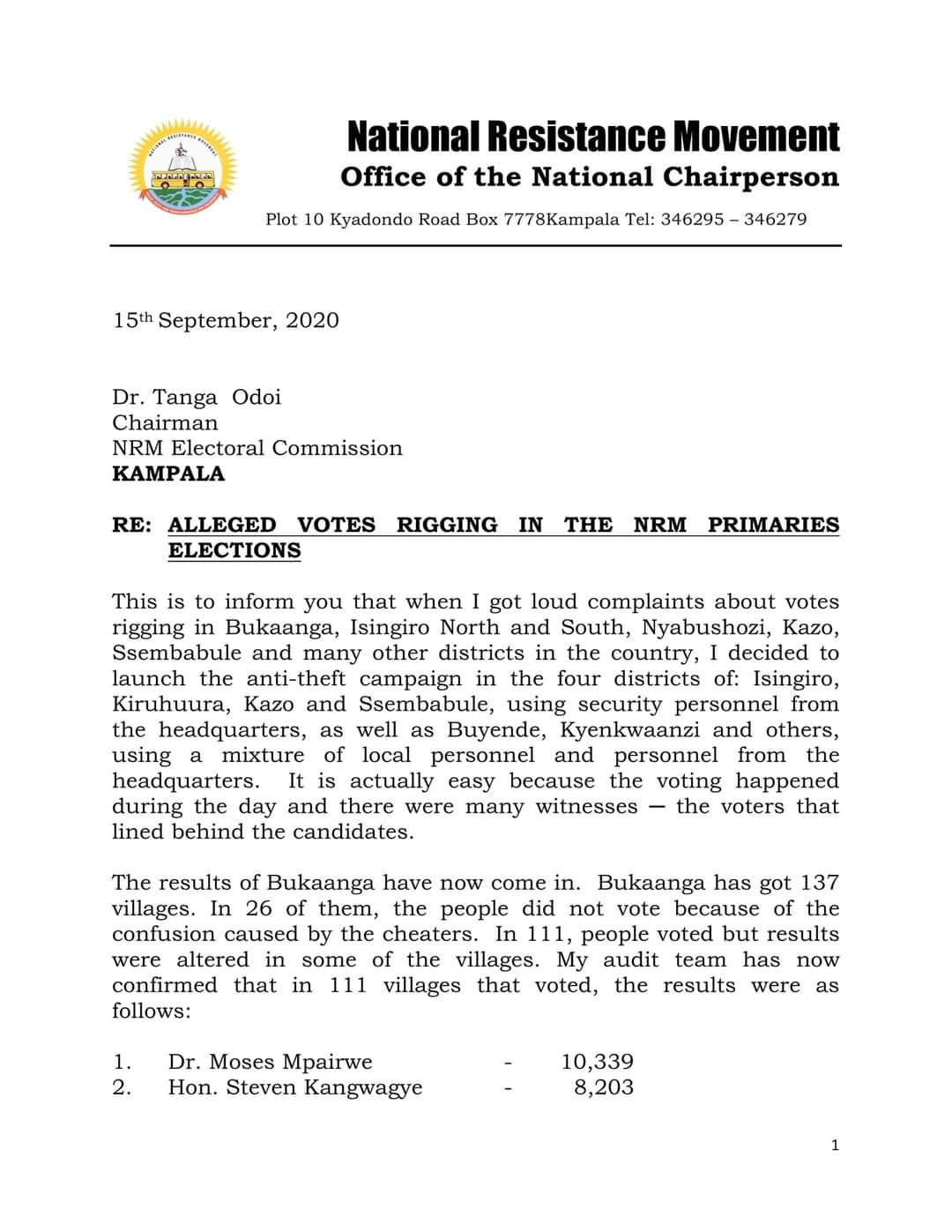 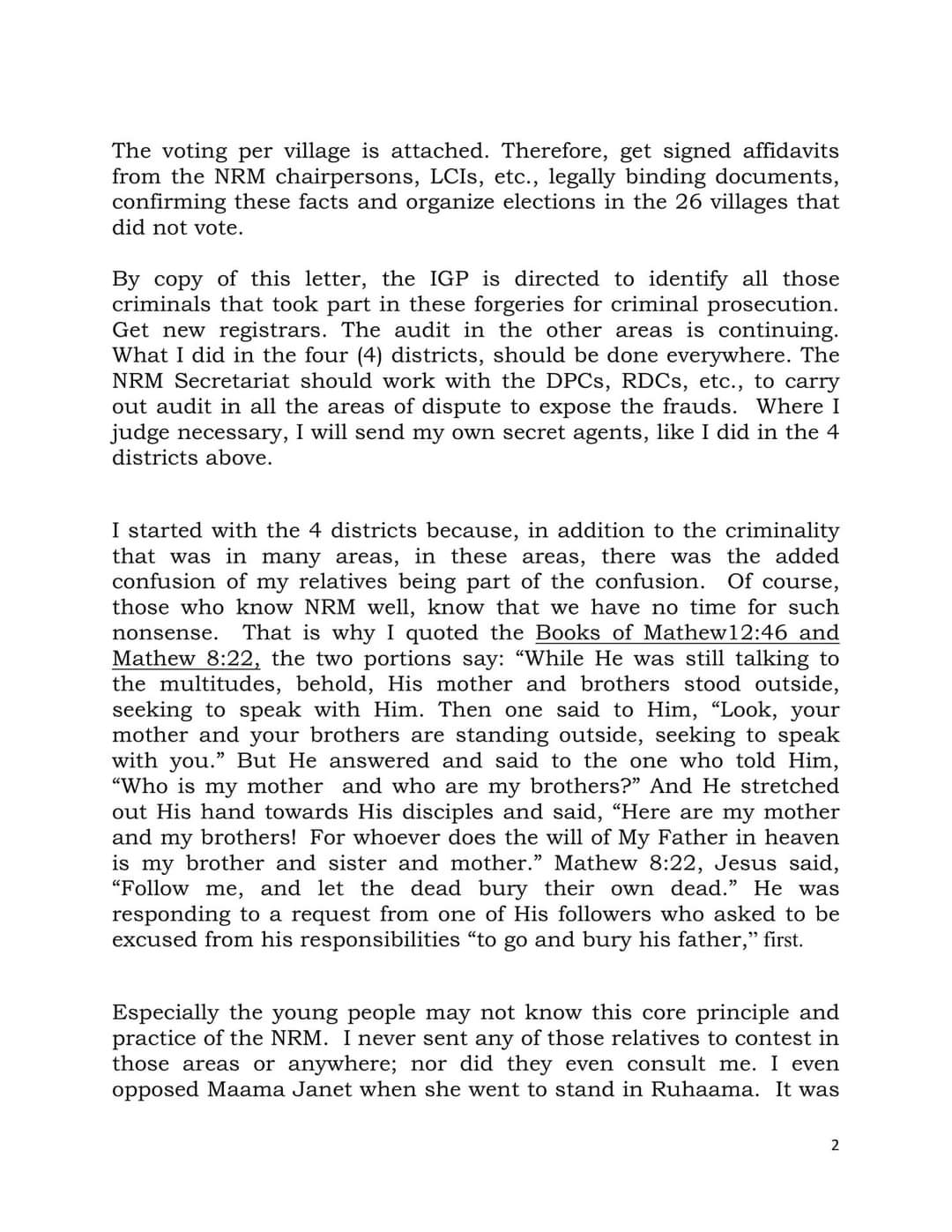 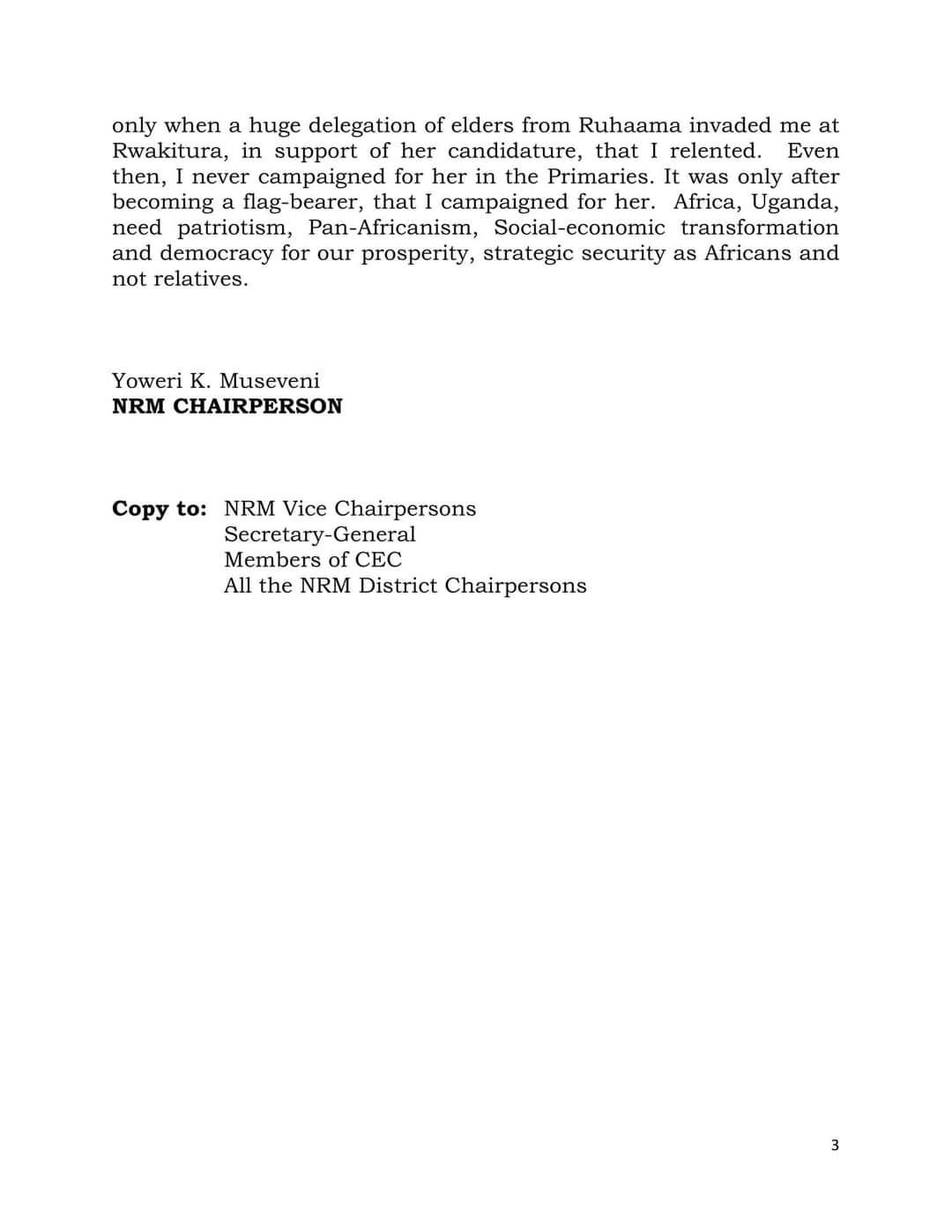