JINJA – When Jinja West Member of Parliament Moses Grace Balyeku emerged on the political scene in 2011, he was received with pomp and glamour and easily cruised past then-incumbent Harry Kasigwa of the Forum for Democratic Change (FDC) to become Jinja West MP. By that time, the political tide was in his favour and he seemed to represent everything the Jinja voters wanted in a legislator; youthfulness, money and looks that even made Jinja voters, especially the women, to accord him the moniker ‘Baby Face’.  He seemed unbeatable and oiled his campaign trail with huge sums of money never seen before in the politics of Busoga. But can he survive the storm now and bounce back as Jinja West legislator, PML Daily’s Daniel Kazungu looks at the battle for Jinja South Division West.

Four people have so far expressed interest in ending Balyeku’s stint as MP for Jinja South Division West, formerly referred to as Jinja West constituency. They include former Busoga kingdom information minister Andrew Ntage, who is competing with incumbent Balyeku for the NRM party card, Ivan Isiko who is standing as an independent as well as FDC’s Paul Kawanguzi and Dr Timothy Lusala Batuwa who are both battling for the FDC party card.

In 2016, Balyeku fought a tough battle against FDC’s Kawanguzi, winning with 6,102 votes against Kawanguzi’s 4,306 votes. Given Balyeku’s financial muscle and the resources he injected into the campaign compared to Kawanguzi modest campaign that saw him traverse the constituency on foot because he lacked a vehicle, many Jinja residents and political observers considered Kawanguzi victorious in defeat.

“Kawanguzi was a massive underdog but put up a spirited fight against Balyeku. I am quite confident that Balyeku is headed for a tougher challenge and possible defeat this time around,” said Simon Batwaze, a resident of Mpumudde in Jinja municipality.

Kawanguzi in an interview with this website urged Jinja South Division West residents to vote out Balyeku who he considered a disgrace to the district and the entire Busoga sub-region. He, however, has to fight off Dr Batuwa for the FDC party card if he is to bolster his chances of stepping in the ring again against Balyeku. Dr Batuwa has shifted from Kagoma county where he stood and was defeated by NRM’s Moses Walyomu to Jinja South Division West constituency, where he says he stands better chance of attaining victory for FDC. He reportedly has the support of many party district officials who look at his financial muscle as an added advantage.

“I am ready to deliver the victory for FDC and after consulting with my party, I decided to shift the battlefield to Jinja South Division West,” he said.

It will, however, not be easy for Dr Batuwa to grab the FDC party card from Kawanguzi, who seems to be more visible on the ground, after having competed against the incumbent in the previous election.

“In 2016, I warned the people of Jinja West that they got a raw deal for MP and some of them did not listen. It is clear our MP is incompetent and incapable of executing his parliamentary roles; his ranking has never improved since 2011. Parliament is for the bold, outspoken, informed, knowledgeable and committed characters,” Kawanguzi said.

A picture of Balyeku glaringly placed on the front page of the New Vision newspaper as one of the worst performers has since been used by his opponents to decampaign him as a person who is unable to articulate the issues of the voters.

“2021 is around the corner, let’s not make any mistake again. I am only happy that the people of Jinja seem to have known the guy doesn’t add up and they are ready to do the needful,” Kawanguzi said.

The Parliamentary Performance scorecard is a governance monitoring tool used to provide Ugandans with critical information about the performance of Members of Parliament.

But Balyeku in an interview with this website downplayed the scorecard, saying that his priority is on the voters of Jinja South Division West.

“I have delivered on the ground where it matters most. I have donated motorcycles to hitherto unemployed youth and offered capital to women to start-up businesses,” he said.

Indeed, Mastullah Naigaga, a resident of Bugembe said she owes her livelihood to MP Balyeku.

“My business was collapsing and Hon. Balyeku gave me capital to salvage it,” she said, adding that the affluent legislator has helped transform the lives of many people in the area.

Balyeku also owns a radio station, 87.7 Baba TV in Jinja which he uses to bolster his support base.

Balyeku will have to swim against the tide if he is to be re-elected as MP because his woes seem to be many, ranging from his decimal performance on the Parliamentary scorecard to accusations of land grabbing, among others. 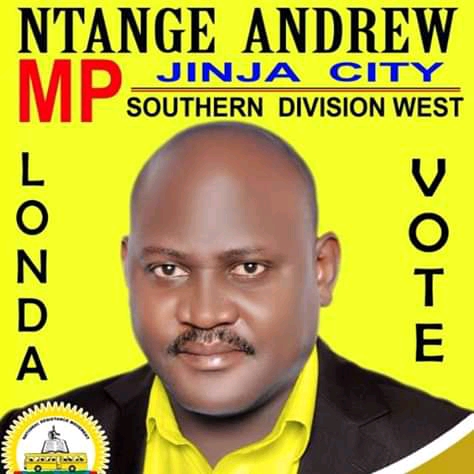 A section of residents also accuse him of being behind the woes of former Jinja Resident District Commissioner (RDC) Eric Sakwa, a populist RDC, who was recently sacked from office on allegations of participating in the murder of Charles Isanga, a businessman from Lwanda village in Jinja district, an allegation the MP denies.

“I have no problem with Sakwa that necessitates me to go to the level of arresting him. I am not a police officer, minister in government or army officer but an ordinary backbencher in Parliament. I don’t have those powers to make court sit at 4pm,” he said, adding that Sakwa was battling skeletons in his closet.

As Sakwa fought alleged mafias in Jinja district, he was loved and loathed in equal measure. He was particularly loved by the downtrodden for fighting land grabbers and corrupt officials in Jinja, something that reportedly rattled some big political feathers.

Balyeku is also accused of being one of the masterminds behind the motion that removed the age limit limit clause, hence giving President Yoweri Museveni the leeway to run for president beyond 75 years. He was one of the seconders of the motion alongside Kyaka county MP Jackson Kafuzi.

“He betrayed us as voters, we didn’t send him to Parliament to help prolong President Museveni’s stay in power,” said Grace Mpanuka, a resident of the area.

Balyeku is also embroiled in a controversial Jinja district land saga where he claims to have spent up to Shs2.4 billion to acquire land on plot 24 Kyabazinga Way in Nalufenya in Jinja Municipality located near the new Nile Bridge in Jinja. A commission of inquiry led by Lady Justice Catherine Bamugemereire found him guilty of influence peddling, bribery and using his military escorts to harass civilians.