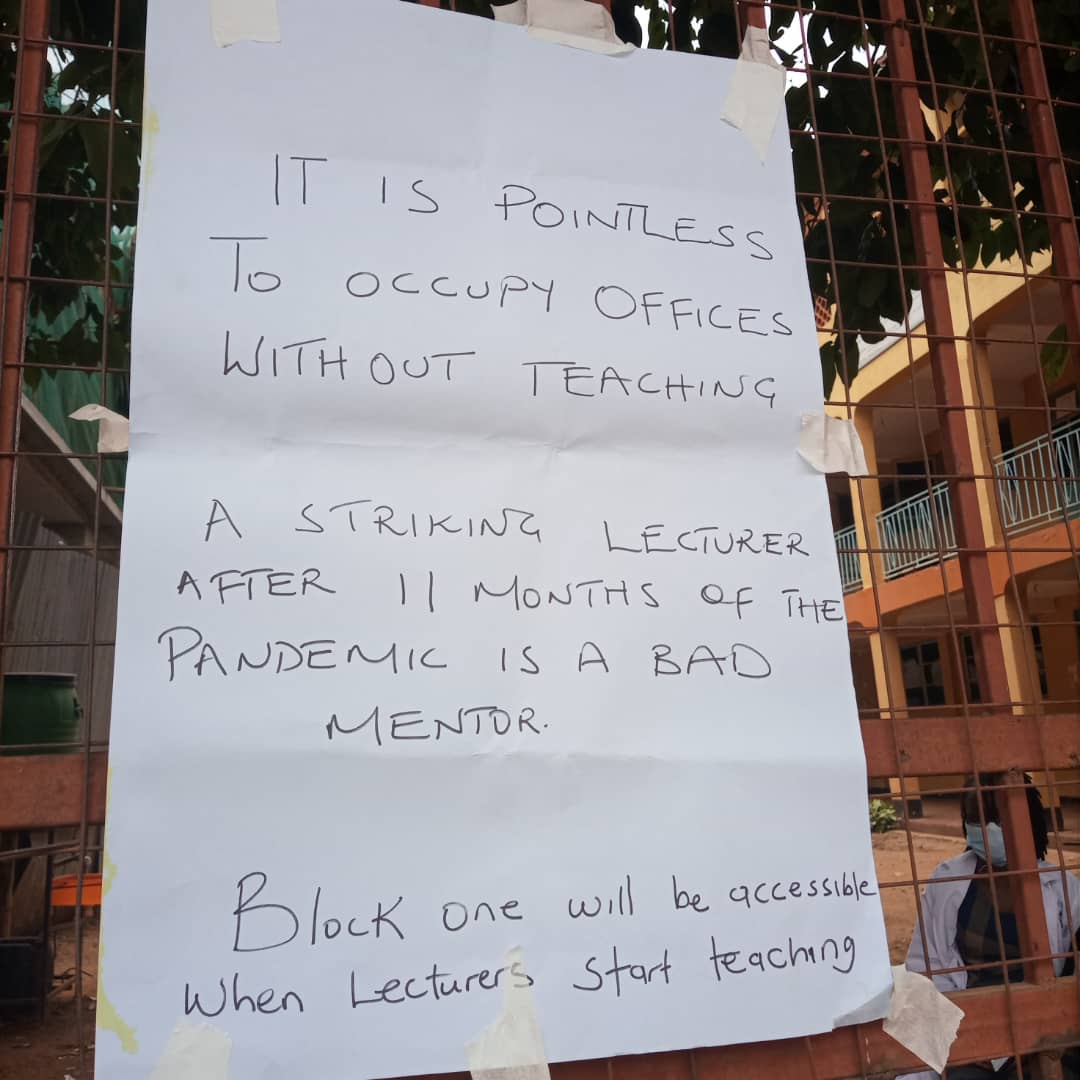 Holding placards, students locked their lecturers inside the university vicinities before storming students in protest of lecturers’ failure to teach them.

Some students said they want university leadership to refund their tuition fees or force lecturers to return to class.

Busitema University Dean of Students, Julius Wanbire called for calm and claimed the university was handling the matter.

The protest comes a month after the semester officially started for both new and some continuing students.

There has been industrial action taken by public universities staff across the country.

The students have expressed their dissatisfaction with the on-going Academic Staff strike which has resulted in their not having classes for the last one and more month they have been at the university.

They are demanding for physical lectures and if on line they want the university to provide free internet.

They say they will keep up the protest until the university administration works on their demands.