The young and talented singer was announced as an academic giant, who topped his P.2 stream at Kampala Parents School-proving his fans that he is multi-skilled.

He was later unveiled at the School premises in Naguru as they signed a Memorandum of Understanding (MOU) with parents, management and Ruparelia Foundation. 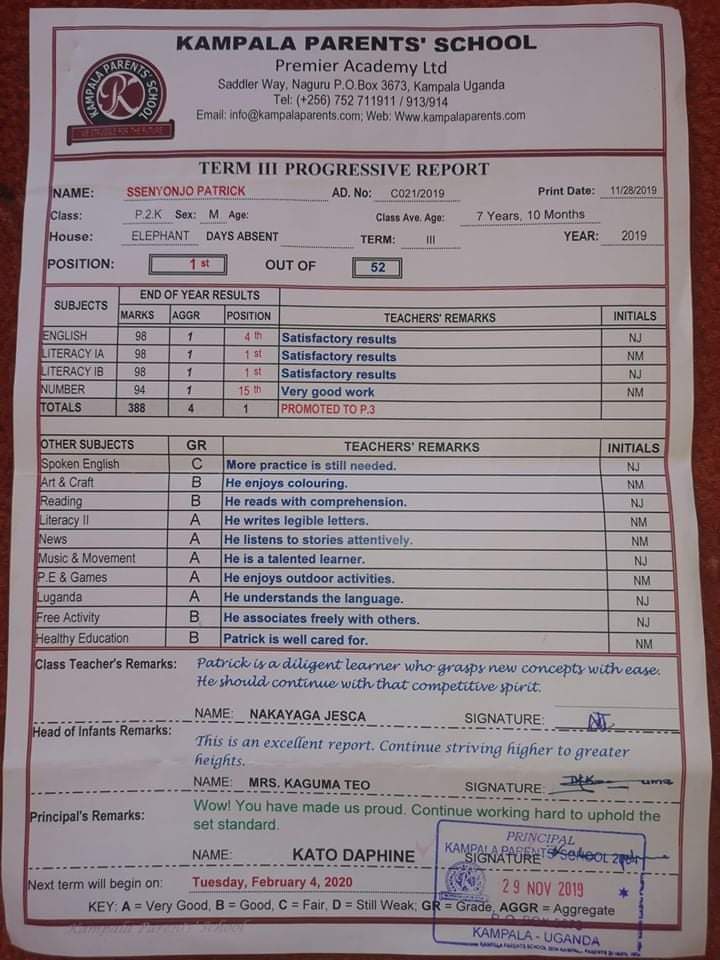 His teachers announced now announced that Fresh Kid was promoted to primary three with flying colors after topping his class.

“It is true that Fresh Kid emerged as one of the best performers. However, he topped his stream, P.2 K but not the entire P.2 class,” the deputy principal, Esther Mulwana confirmed.

The school said that the rapper is in good books since joining the Naguru School in May this year.

His fans on social media have praised his father Fresh Daddy for constantly following up on his son’s studies.

It is said that his father ensures that Fresh Kid completes all his homework without fail. He also reviews all his school books.